This quest can be acquired from Chef Iasu in Berg, the main city in the Enmerkar region. He can be found in the marketplace in the central eastern part of the city. Speak with him and select “I’d like to talk…” to discuss the quest. Once acquired, you will be tasked with bringing Iasu one Manticore Tail. The tail of the Manticore is guaranteed to drop, so you will only need to kill one creature to obtain it. You can maximise your gains by pursuing the Royal Manticore in the Enmerkar Forest region, as detailed below. 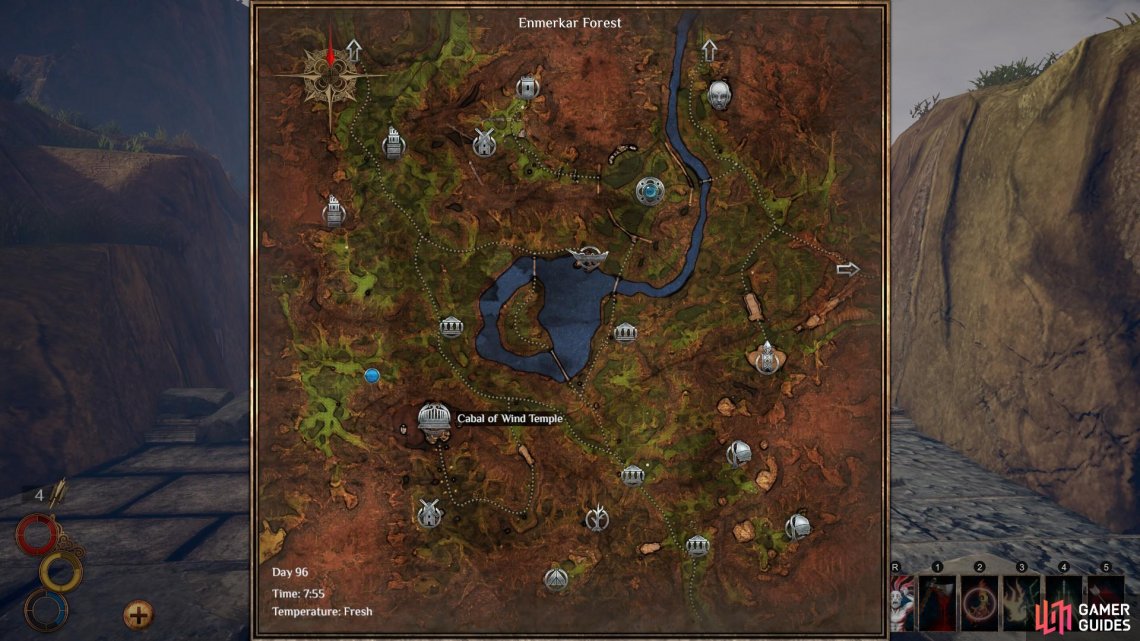 (1 of 3) The location of the Royal Manticore, found north west of the Cabal of Wind Temple. It is marked here by a blue circle on the map.

If the Royal Manticore proves to be too much trouble for what it’s worth at this point, the most reliable place to find a Manticore is in the region of Abrassar. They roam throughout the region, but there is one place in particular where you are certain to find one. Better yet, it will be weakened after fighting two other creatures. The location in question is known as ‘Parched Shipwrecks’, and is north west of the city of Levant. 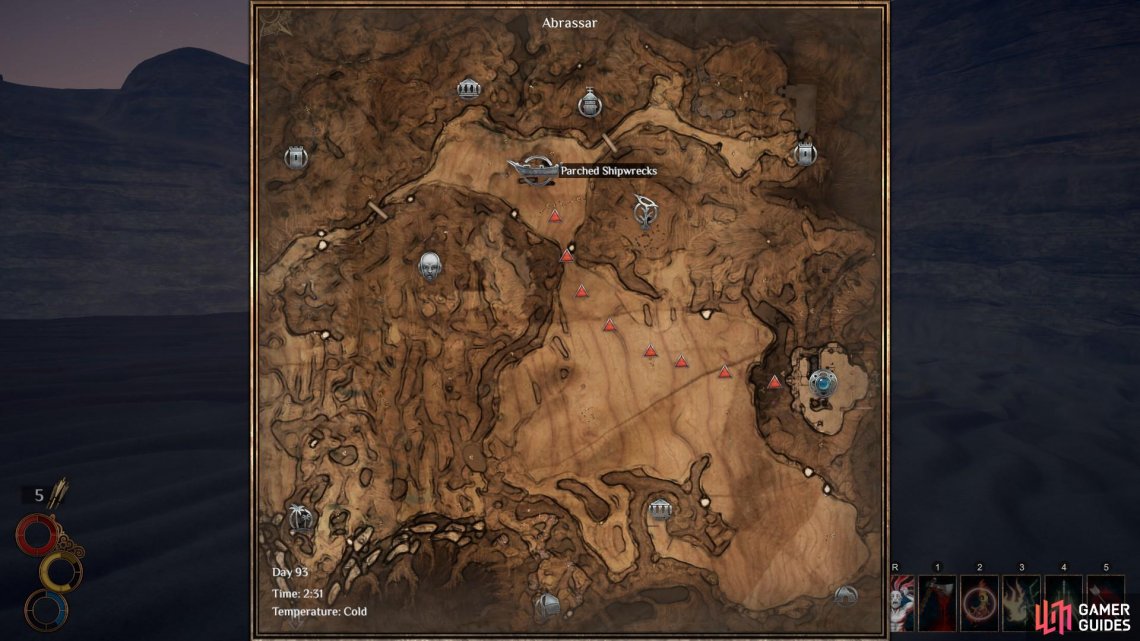 (1 of 3) The location of the Parched Shipwrecks in relation to the city of Levant, as marked here by red triangles.

When you find the Manticore at the Parched Shipwrecks, wait for it to finish off the two assassin bugs before you initiate the fight. By the end of the confrontation, the Manticore should have lost at least a quarter of its health, making it easier for you to take down. As with the Royal Manticore, be careful to avoid any elemental bolts that it fires. Keep your distance whenever possible and make use of ranged skills. You should be able to whittle down the health of the Manticore without much issue, so long as you preserve stamina use efficiently.

Once you have acquired a Manticore tail, by whatever means, return to Chef Iasu in Berg. He will reward you with two gold ingots and some Bread of the Wild food.