The Troglodyte Queen can be found in an unknown arena within Blister Burrow, in the region of Chersonese. Go to the altar where the Mushroom Shield can be found, in the centre of the burrow, and interact with the altar to provide 2 Raw Jewel Meat to enter. 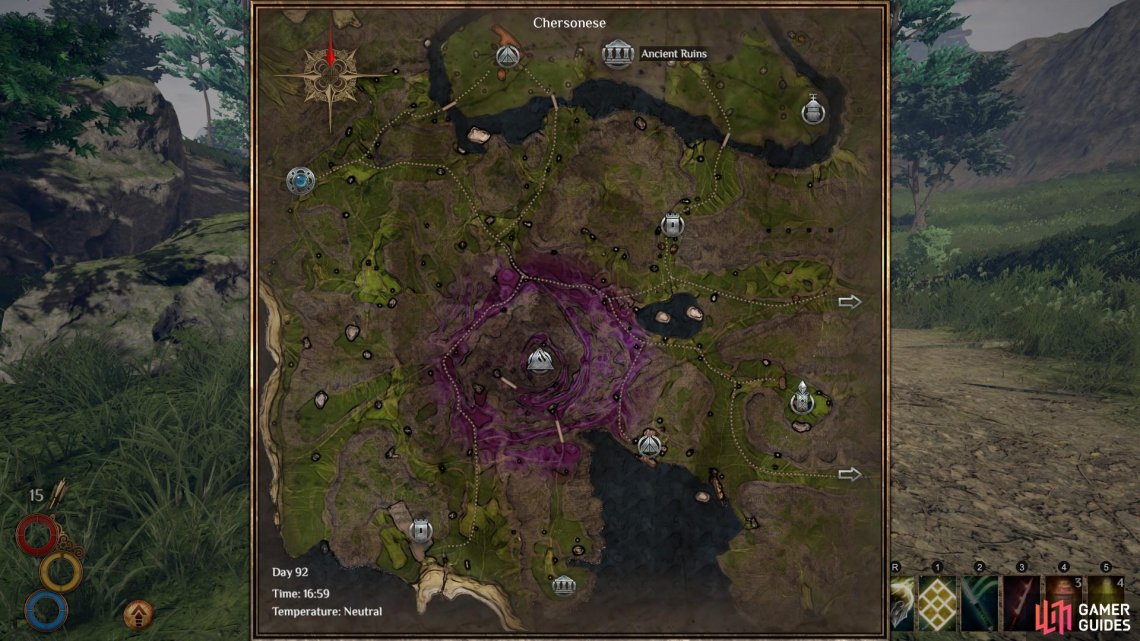 (1 of 3) The location of Blister Burrow on the Chersonese map, north east of Cierzo.

Once you enter the Unknown Arena, the fight will begin immediately. You will be confronted by 2 Elite Troglodyte Grenadier, 2 Elite Armored Troglodyte, 2 Elite Mana Troglodyte, and the Troglodyte Queen herself.

The Troglodyte Queen will frequently heal the lesser Troglodytes. Although this heal can be interrupted, you will expose yourself to attack from all sides if you try to reach the Queen without dealing with the lesser mobs first. You should therefore focus burst damage on the lesser mobs, preferably the ranged Mana and Grenadier Troglodytes, before you bother with the queen.

Take out the lesser Troglodytes first with burst damage. Like their mother they are resistant to Ethereal and Decay damage, but vulnerable to Lightning. You can easily kite the mobs around the room by running at a normal pace. Do this whenever possible to preserve stamina, and when you see an opening (when a Troglodyte charges you, leaving the others some way behind), take advantage and do as much damage as possible, as quickly as possible, to the exposed Troglodyte.

You will need to kill each lesser Troglodyte in this way before moving on to the Queen. If you fail to deal enough damage to kill an exposed Troglodyte, the Queen will soon heal them back to full health and you will have to try again. Once all the lesser Troglodytes are dead, the Queen will begin to fire a number of spells in rapid succession, each inflicting Decay damage with the chance of poisoning. The animation is easy to spot but is the same as her heal animation, so you will need to run toward her as she initiates it. You will note the difference when you see the colour of her spell; blue for a heal and green for the Decay spell. 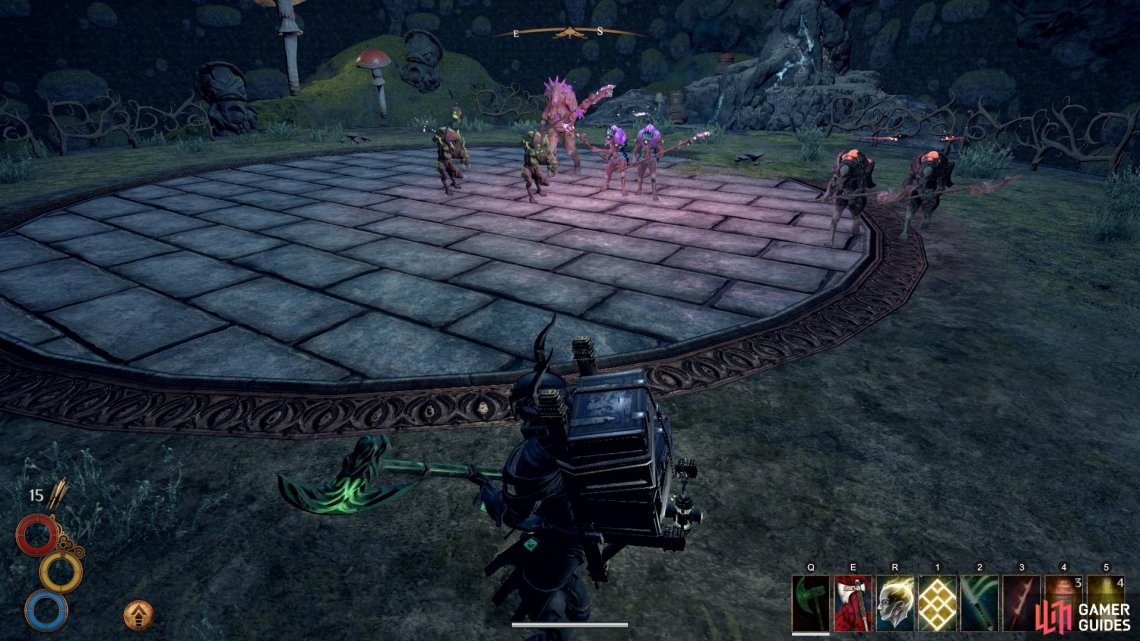 (1 of 5) Kite the lesser Troglodytes until one is exposed, then attack swiftly to defeat it before repeating the process.

As soon as you see that the Queen is initiating a heal, move quickly to interrupt it with high impact hits or a series of swift attacks. If you fail to interrupt the heal she will recover a massive amount of health, so it is extremely important that you pay attention to the animations when they occur. If you see the green spell about to be cast, simply run around the Queen at close quarters, ready to inflict high impact, high damage attacks from behind. In this way you can knock her down as you inflict more damage. You will need to be careful to avoid her basic sweeping attacks, which deal a significant amount of damage and high impact.

To increase your chances of success, be sure to bring as many stamina and health potions to the fight as possible. In addition, bring a weapon which deals a lot of Lightning damage, as the Troglodytes are vulnerable to this. You can combine this with Lightning rags and varnishes for even more Lightning damage, and use any items which passively increase Lightning damage.

Repeat the above process as you whittle down the health of the queen. It may take 15 - 30 minutes, but you can expect a long fight here. When the Troglodyte Queen is finally dead, loot the Ornate chest for unique relics before you teleport out of the arena.