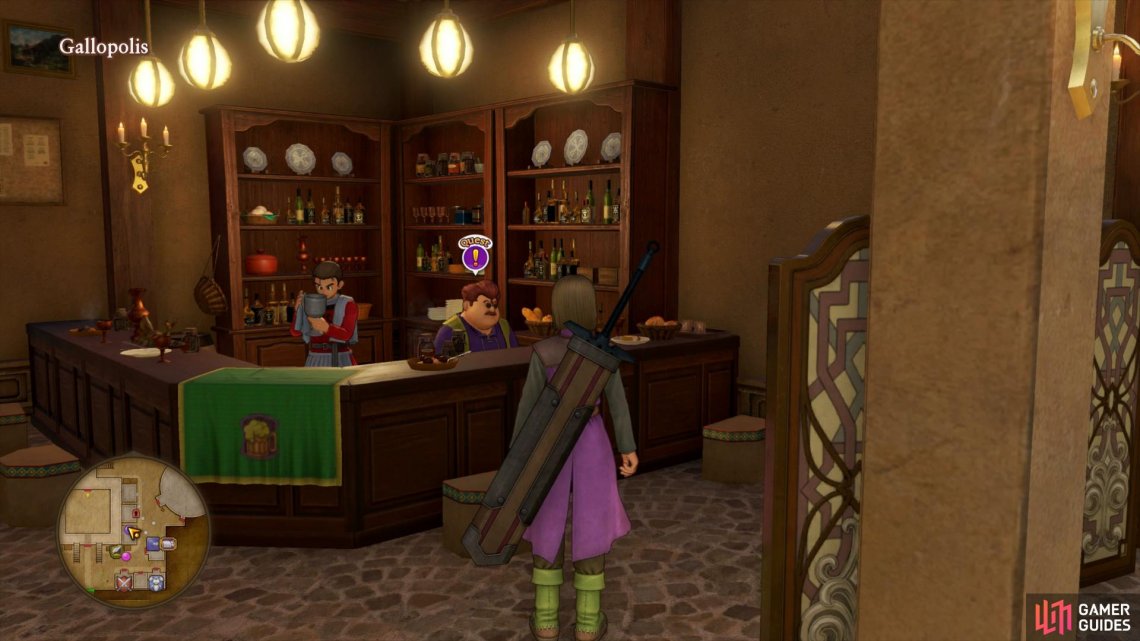 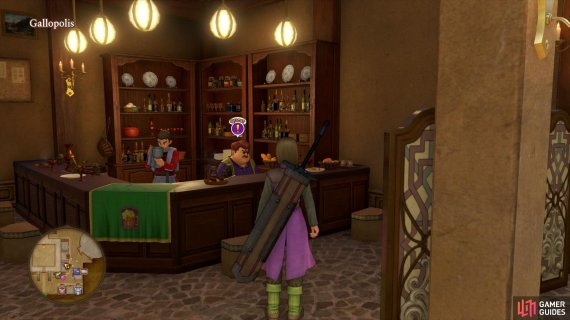 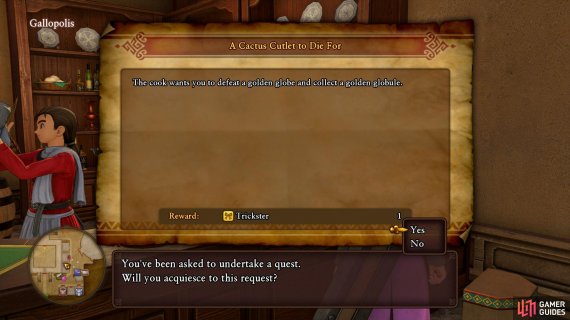 Head into the Tavern in Gallopolis to start this quest (left), you’ll need to defeat a rare Cactiball to obtain the ingredient. (right)

Head over to the Tavern in Gallopolis and speak to the bartender, he will let you know that he wishes to spice up the menu with a Golden Globule dropped from Golden Globes, a rare Cactiball.

Head out into the desert and begin fighting Cactiballs, you’ll have to keep doing this until eventually you encounter a Golden Globe in a battle with one. The best place to do this is near the South Campsite, you’ll find some in the corner there and you can use the Camp to recover HP and MP while you fight the battles. Once you find one, be cautious as it has a lot more HP than its regular counterpart and can deal more damage, consider using Sap with Veronica before pounding on it. With the monster defeated, return to the bartender and deliver the globule to finish the quest. 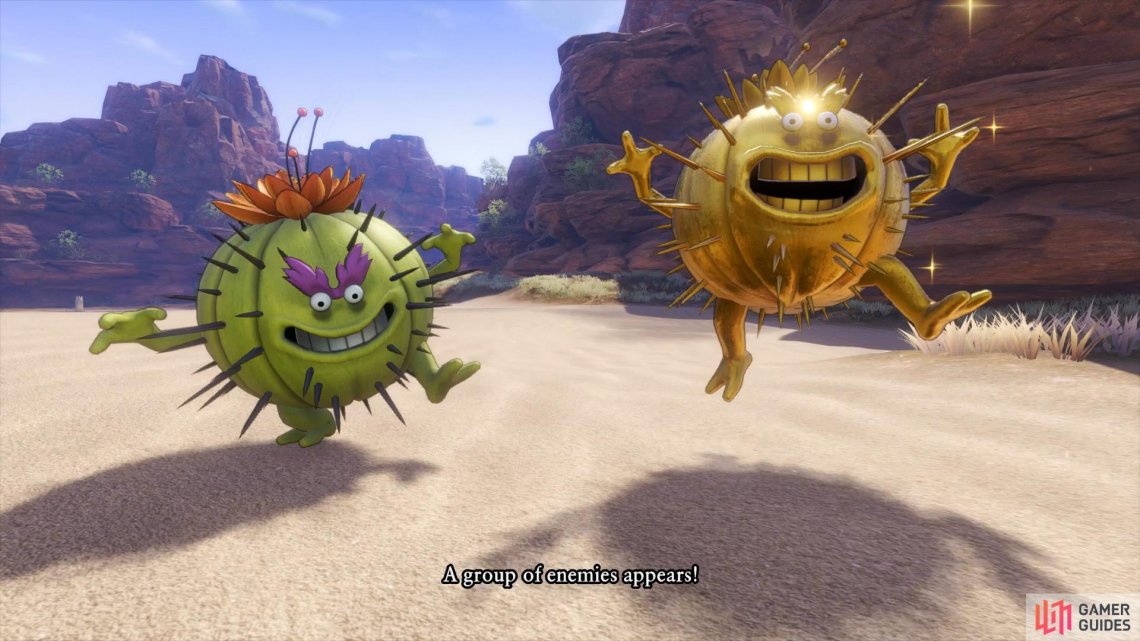 You’ll have to be patient while fighting regular Cactiballs until you meet the Golden Globe.