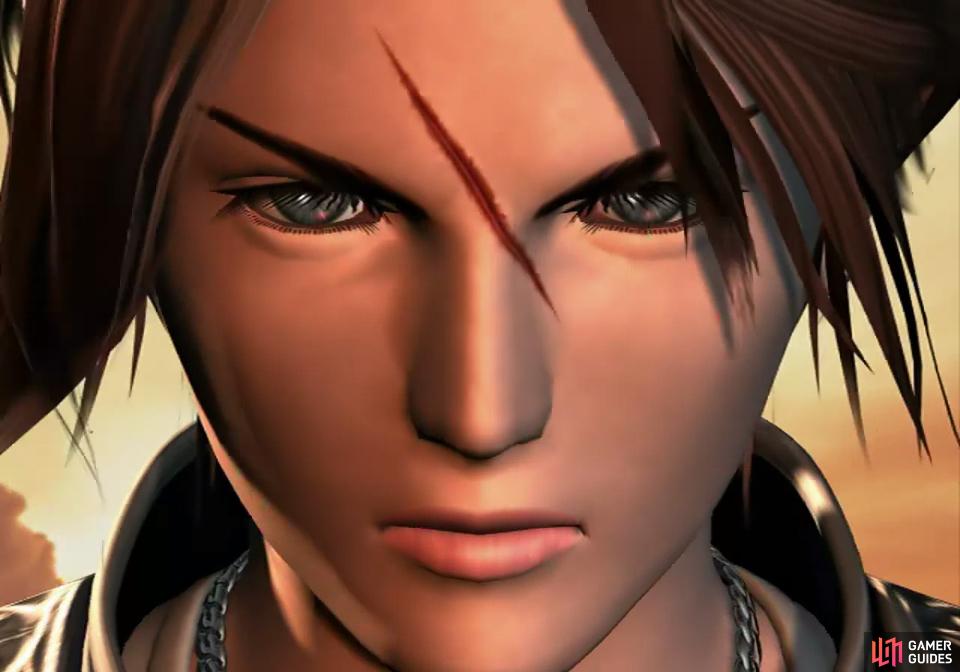 A lone-wolf gunblade-user, Squall is a manboy of few words, unless that word is "whatever." He’s the protagonist of Final Fantasy VIII, an aspiring SeeD currently finishing his studies in Balamb Garden. Seifer, a fellow gunblade-user from Balamb, is his rival and aside from getting his face chopped by Seifer, his hobbies include moping, sulking, crossing his arms and being easy to predict.

Squall’s Limit Break is Renzokuken, which will cause him to conduct a varying number of attacks (typically between 4-8) with a chance to perform a finisher at the end. A Trigger bar will appear at the bottom of the screen, making it easy to determine when you should pull the trigger (default [R1]) to deal critical game. Although RNG plays a large role, having a lower percentage of your max HP, having allies KO’d, and being afflicted by negative status effects can all play a role in determining the number of hits Squall will perform during his Renzokuken. Against some foes, the number of hits performed is pre-determined.

Whether Squall uses a finisher at the end of his Renzokuken attack is also randomly determined, as is the exact finisher he’ll use. That said, certain conditions must be met for Squall to have access to some finishers:

Fated Circle: Deals damage to all enemies. Squall must possess the Shear Trigger gunblade or better to have a chance to activate.

Blasting Zone: Deals damage to all enemies. Squall must possess the Flame Saber gunblade or better to have a chance to activate. 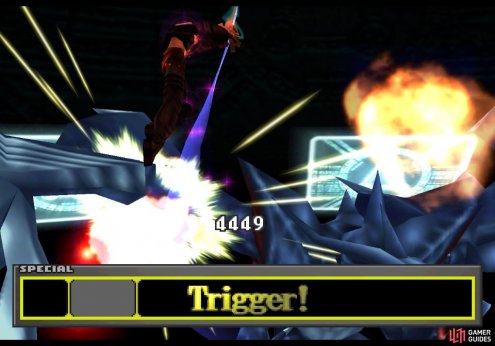 Lion Heart: Performs a flurry of seventeen attacks in addition to the normal Renzokuken attacks. Each attack deals massive damage, usually hitting the 9,999 damage cap with ease even without a high Strength score and against foes that aren’t debilitated by Meltdown. Squall must possess the Lion Heart gunblade for this finisher to have a chance to activate.

Suffice to say, Renzokuken + Lion Heart is one of the most powerful attacks in the game, being capable of dealing nearly a quarter of a million points of damage to a target over a savage twenty-five hits.

The gunblade is equally rare and powerful, an elite weapon that only a few specialists can effectively wield. Its users can automatically score critical hits by performing regular attacks and pulling the gunblade’s trigger (default [R1]) at the right time. All gunblades have a base accuracy of 255%, so you’ll rarely - if ever - see a gunblade-user miss.

How to Obtain Lion Heart: Despite being stupidly powerful, Squall’s Lionheart weapon can be acquire relatively early in the game, although the process can be rather involved. Below you’ll find the low-level methods of obtaining Lion Heart early, which should be universal: