At the beginning of Disc 4, you can begin a side quest that will carry along as you make the trek through the final story dungeon. To begin this side quest, visit Lindblum and head to the Theater District, where a scene will take place in front of Tantalus’ hideout. Two of the Nero brothers will mention that some of the crew is missing, then run off in search of them. After viewing this scene, you can head to the final dungeon. The catch is that as you complete certain events in the final dungeon, you can return to Lindblum to view another scene. If you happen to view at least nine of these scenes, then you will be rewarded with a Protect Ring that’ll be inside the Tantalus base. 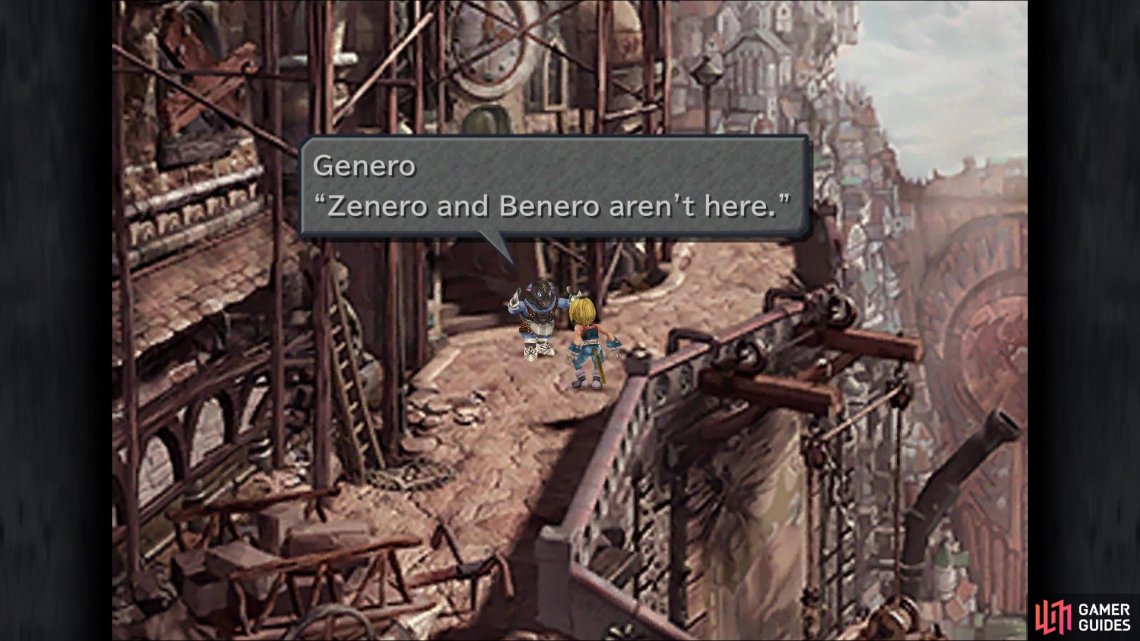 (1 of 3) Every time you go back, you will see a new family member

The following are the events that trigger a new scene back in Lindblum: