Now that you’re on the Outer Continent, your next objective will be to travel to a village called Conde Petie. Before doing that, though, you can continue a few side quests at this point, namely the Ragtime Mouse and Friendly Monsters ones. Head into the first forest you see and do the stutter step technique until you hear the familiar music. At this point, you can encounter the Ragtime Mouse another six times, not only inching closer to finishing the sidequest, but also earning a nice 21,000 Gil in the process for answering everything right.

The Friendly Monster you will encounter is Ladybug, who’ll want two Ores, instead of just a single one. She’ll reward you with an Ether and a whopping 20 AP, so it’s always worth tracking down the Friendly Monster; she’ll also mention Yeti as the next one. There are a few more things to do before reaching Conde Petie, but you’ll need to travel a little bit to get to them. Follow the only path before you until you get to a split, opting to venture east (the thing you pass under is Conde Petie, so you know where it will be). Eventually, you should spot something familiar, another Qu’s Marsh. There’s nothing new to do here, unless you want to do some Frog Catching. Note that this Qu’s Marsh is separate from the first one, so the frog spawns aren’t shared (the frogs you catch are shared). 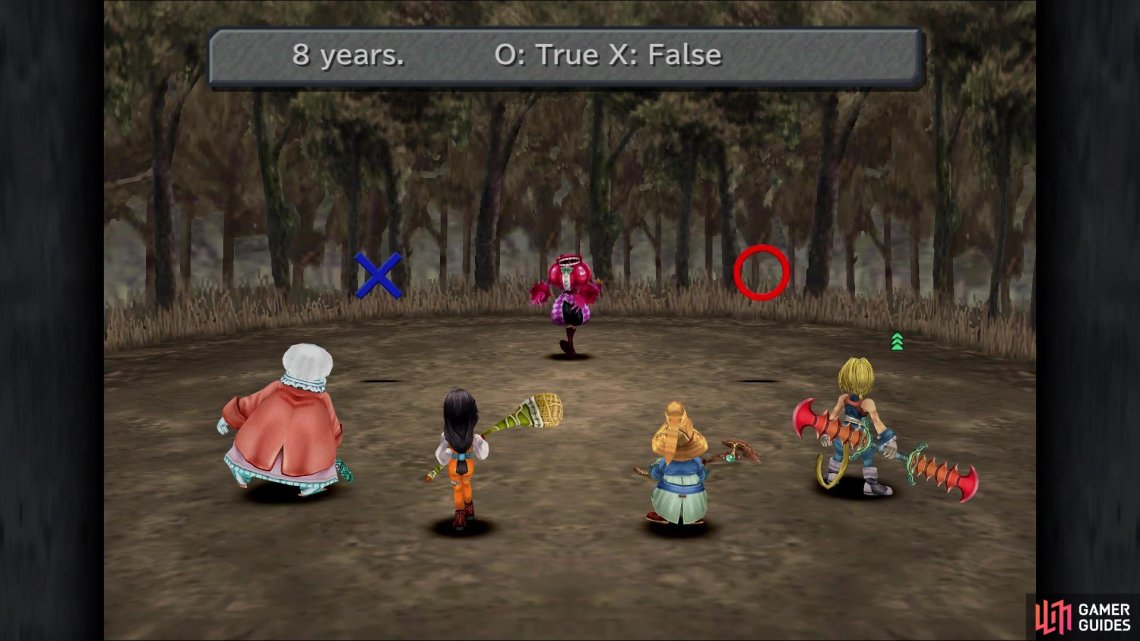 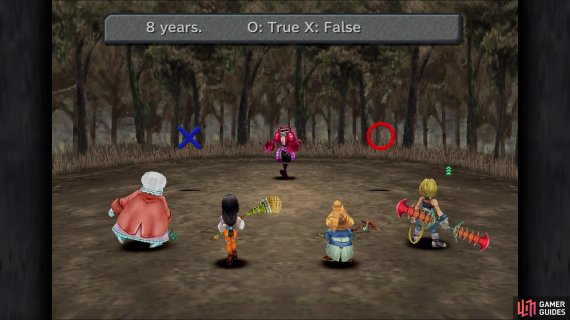 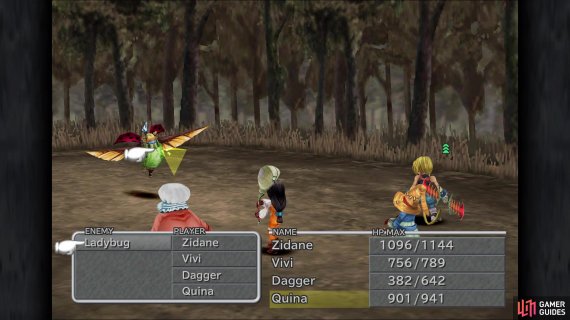 The Ragtime Mouse will have more questions for you upon reaching the Outer Continent (left), The Ladybug Friendly Monster requires two Ores (right)

There are also two Blue Magics you can get in the region, one from a Goblin Mage and another from a Cactuar. The Goblin Mage isn’t worrisome, with around 983 HP, and will yield the Goblin Punch spell. The Cactuar can be found on the path to Conde Petie and is a very dangerous enemy at this point in the game. If none of your characters have more than 1,000 HP, run away from it. You know you ran into a Cactuar, as there will only be the top of its head sticking out of the ground. While underground, the Cactuar will only use Confuse on your characters, and should you attack the creature, it will counter with 1000 Needles.

The best way to go about getting the Blue Magic from the Cactuar is by waiting until it uses Appearance to pop out of the ground. When it’s above ground, it won’t counter with 1000 Needles, but it might not stay long. The Cactuar can also run away, so be wary of that happening. So, the Cactuar has around 1,939 HP and is weak to fire, so you need to be careful to avoid dealing too much damage (1500 should be the sweet spot for Quina to Eat it). One of the big pluses to getting the 1000 Needles Blue Magic is that it only costs 8 MP to use, so dealing that consistent damage will be extremely useful on enemies for a little while.

You will be getting to Conde Petie very shortly, but there is one final thing to do in this section of the overworld. This involves Chocograph #5 and if you don’t have it, then you can skip this part. However, if you do happen to have the Chocograph, then head back to Qu’s Marsh and go a little northeast of it to find the chocobo tracks. Summon Choco here with some Gysahl Greens, then head directly south until you come to the beach on the shoreline. The treasure for this Chocograph (don’t forget to equip it) is in the middle of the beach, but more on the actual land. You will receive 9 Phoenix Pinions, 5 Phoenix Downs, 12 Peridots and a pair of Diamond Gloves. 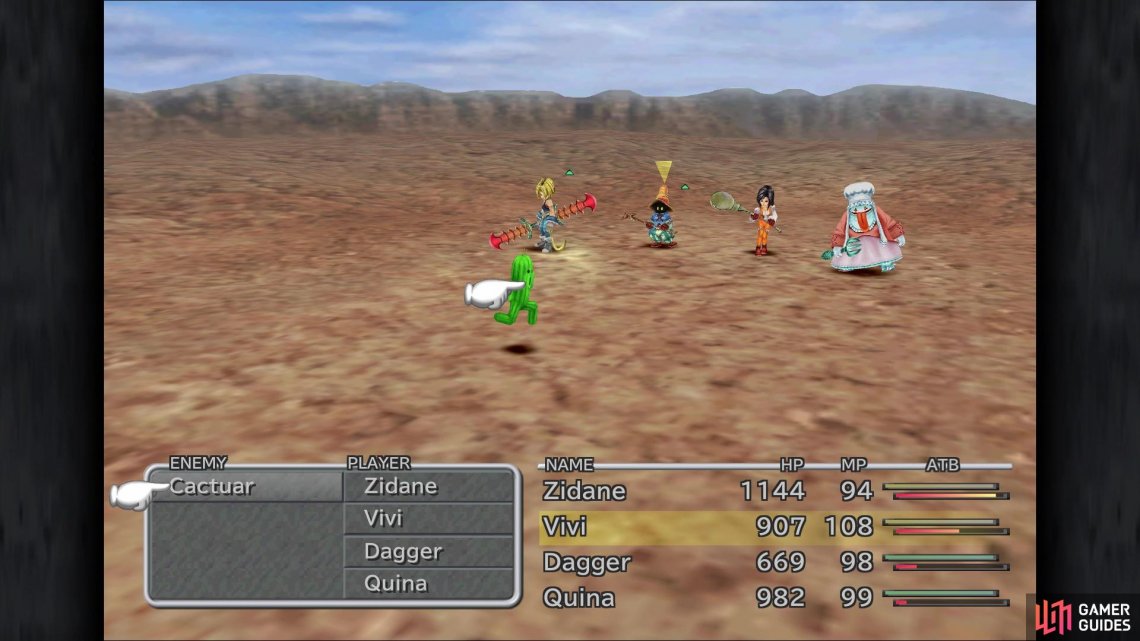 From the Chocograph treasure, journey straight west, onto the raised land, and continue in that direction until you run into Conde Petie. It is the odd-looking place that looks like it’s on a bridge that’s sticking out of the mountains.

Upon entering Conde Petie, Quina, Dagger and Vivi will run off, leaving Zidane by himself. The dwarves at the entrance will not permit Zidane inside until he says their greeting, which he will reluctantly mutter. As soon as you gain control, you will have the option to view two ATEs, Vivi and the Couple and Quina Accused. Pick the first one for now, then after watching it, poke around in the dark bit to your left, by the entrance, until you find the treasure there (2700 Gil). Enter the doorway on the left side, just up ahead, to find the inn, where you should have the option to pick the other ATE from the above two.

Watch it, then pass through either of the other two doorways for another ATE that follows up to Quina Accused, called Quina Can’t Communicate. Go to the bottom left bed, on the upper side, and look for the hidden stash, which will be 1800 Gil. Return to the entrance and go east this time, where another ATE will pop up, Dagger and William. Head right one more screen to find the item shop that Quina was at in the ATE earlier, as well as a slightly hidden moogle in the one corner. Speak to Mogmatt and get the letter from him to Suzuna, then feel free to save your game.

If you look in the corner by the stairs, you can find a Phoenix Pinion, so grab it and take the stairs right there. Talking to Vivi will advance the story, so don’t do that just yet. Instead, find the boat structure in the middle of the area and check the front of it for a Diamond. Alright, now you can speak to Vivi and as soon as he runs away, there will be one final ATE here, called Hungry Bryan. View it, return downstairs for another scene and you will have your next objective, which is to find the Black Mage Village. Before leaving Conde Petie, visit the equipment shop, which is to the right of the item shop. 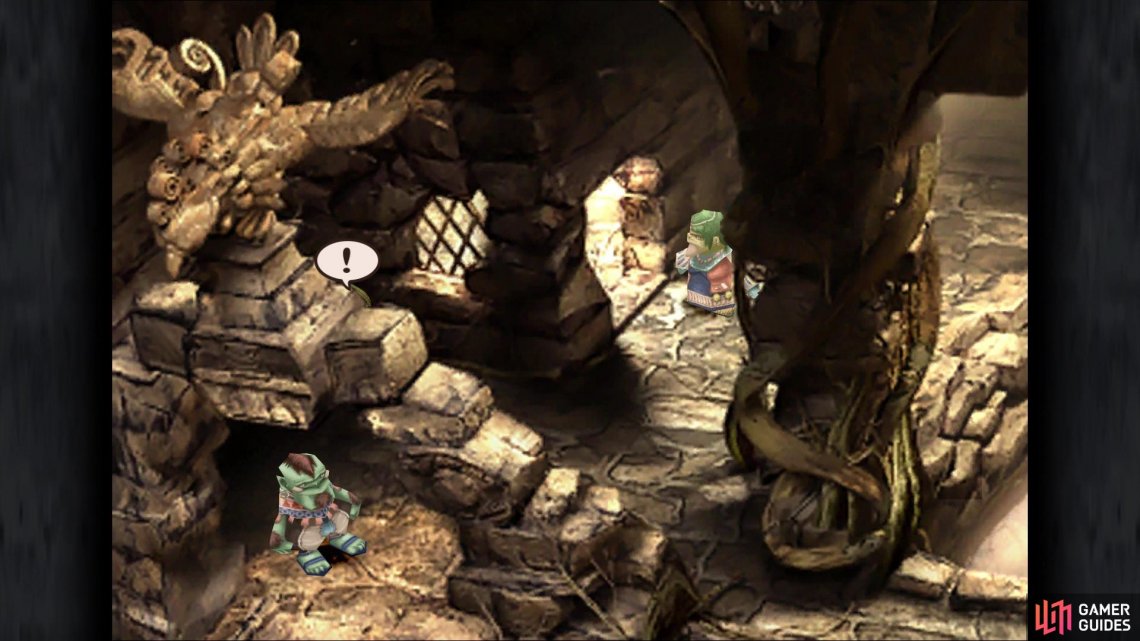 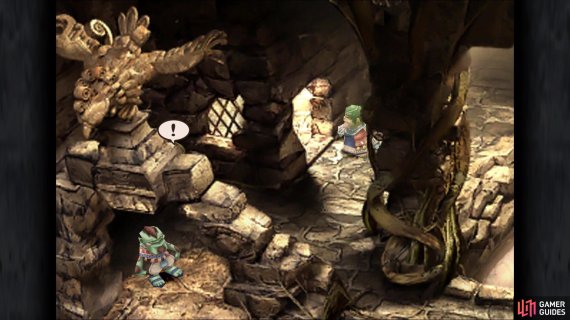 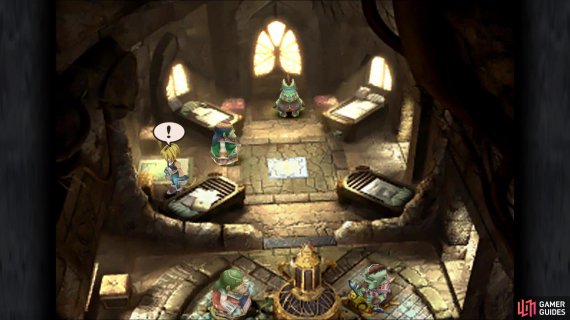 Nothing there is really needed for synthesis, since anything you can make you already have. The Magic Armlet is nice for both Vivi and Dagger, while the Ritual Hat is an upgrade for Zidane. You should already have better than the Magician Cloak, but you might need one more Lamia’s Tiara. That about wraps things up here in Conde Petie, so the next destination will be Black Mage Village.