It’s a dark and stormy night, as we see a small boat/raft getting tossed around by the waves and two people are clinging to the inside of the small sea vessel. As we get two quick glimpses of their faces, it turns out it was all but a dream. A young girl, adorned with a fancy dress and what seems like a crown, looks outside the window, showcasing the kingdom of Alexandria. A ship will be approaching and the game cuts to the inside of the ship, where a young man with a tail slides down a pole. He passes through a door and enters a dark room, lighting something to give off a faint glow.

It is at this point that you gain control of this young man, with your objective being to light the candle in the center of the room, on the table. Forgo that right now and let’s explore this room for two goodies.

Missable Trophy/Achievement: There is a trophy/achievement in the game, called Another Man’s Treasure, that requires you to attain Rank S as a treasure hunter. You do this by finding items in the field, having them given to you, opening chests, and one other method that will be described later. To reach Rank S, you need 340 points and you only get one point for the above, with two points awarded for the other method. 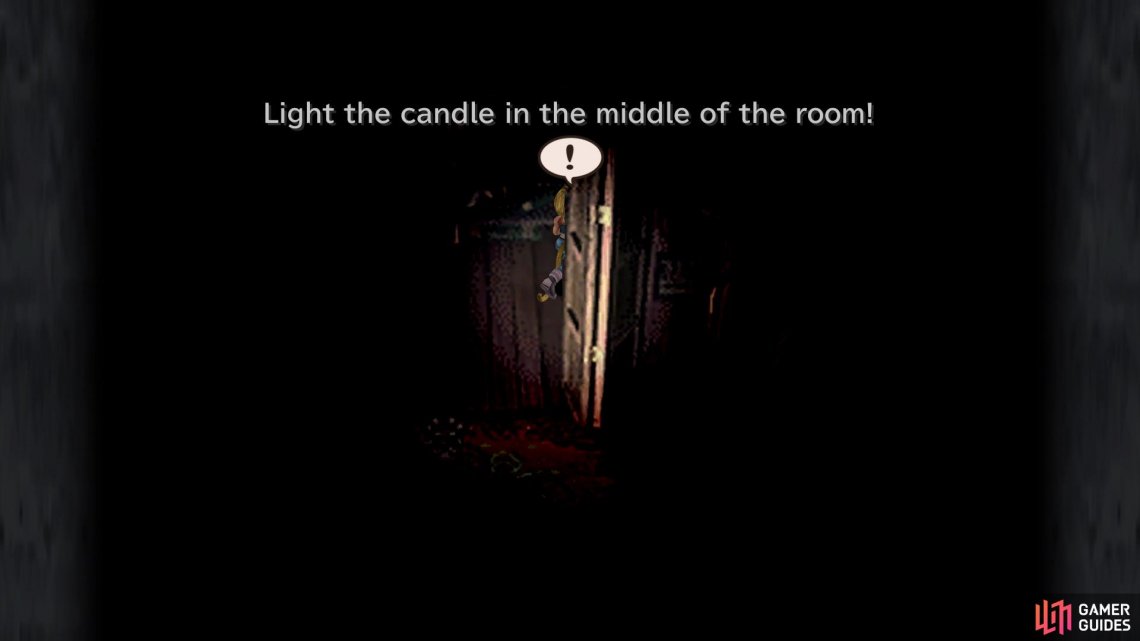 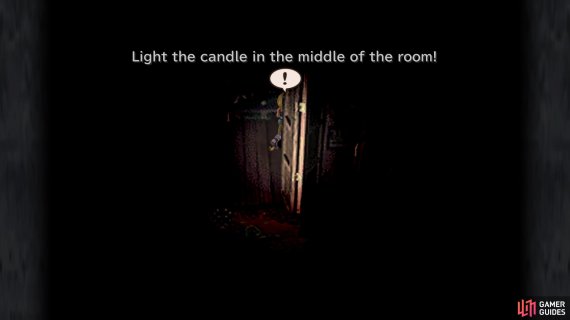 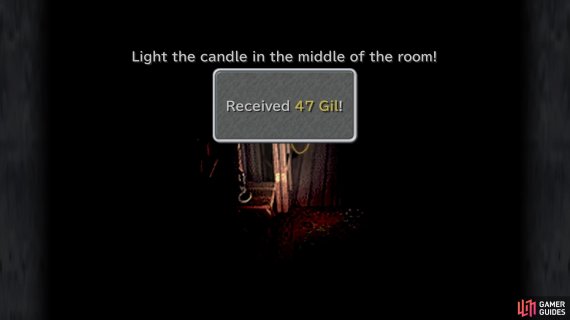 An exclamation point means that you can interact with something (left), such as finding items just laying around (right)

In the top right corner of the room, you should see an exclamation point pop up, which means there’s either an item to be discovered or you can talk to a NPC. Since the latter is not there, that means there’s an item. The item in the top right corner will be a measly Potion, which might not seem important now, but it saves you money for other things. There will be one more item in the top left corner, which will be 47 Gil, so grab it and light the candle on the table in the middle of the room. This will lead to you naming the main character, but this guide will use his default name, Zidane. After a quick little scene, you will be thrust into your first battle.

Final Fantasy IX uses the Active-Time Battle system (ATB), where a bar will fill up next to the character’s HP/MP on the bottom of the screen. Once it’s full, the command list will open up and you will be able to choose an action. The majority of these options are self-explanatory, except for Change, which just changes your character from the front row to the back row (and vice versa). The battle against the Masked Man is nothing special, as the damage is minimal and there’s even a chance he’ll trip and do nothing for a turn. Actually, you don’t even need to win the battle, as you can strike your own characters down and advance the plot.

Either way, there is something important you want to do in this battle, which is steal from the Masked Man. Unlike previous entries in the series, enemies in this game can have their multiple items stolen from them, although there is still the typical item rarity. Should they have items in all four slots, the common item is usually a 100% steal, with the uncommon item being 25%, the rare one being 6.25% and the very rare one a measly 0.39% chance. The Masked Man has items in the first three slots, which are a Potion, Wrist and a Mage Masher. The last item is the one you want, so keep stealing with all four characters until you get it. (1 of 2) Enemies can have multiple items to steal 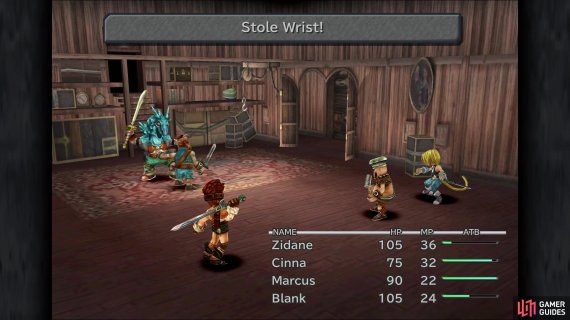 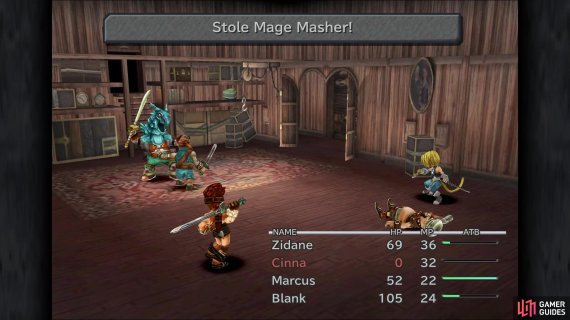 Enemies can have multiple items to steal (left), You want to make sure you get the Mage Masher from the Masked Man (right)

Don’t worry if Cinna or other characters perish in the process, as it was already mentioned that it’s not necessary to survive this fight. After stealing the Mage Masher, you can simply spam the Attack command to finish off the Masked Man. The game will take over once the battle is over, with you having to give a response at some point (kidnap Princess Garnet), then the game will bring you to the city of Alexandria.