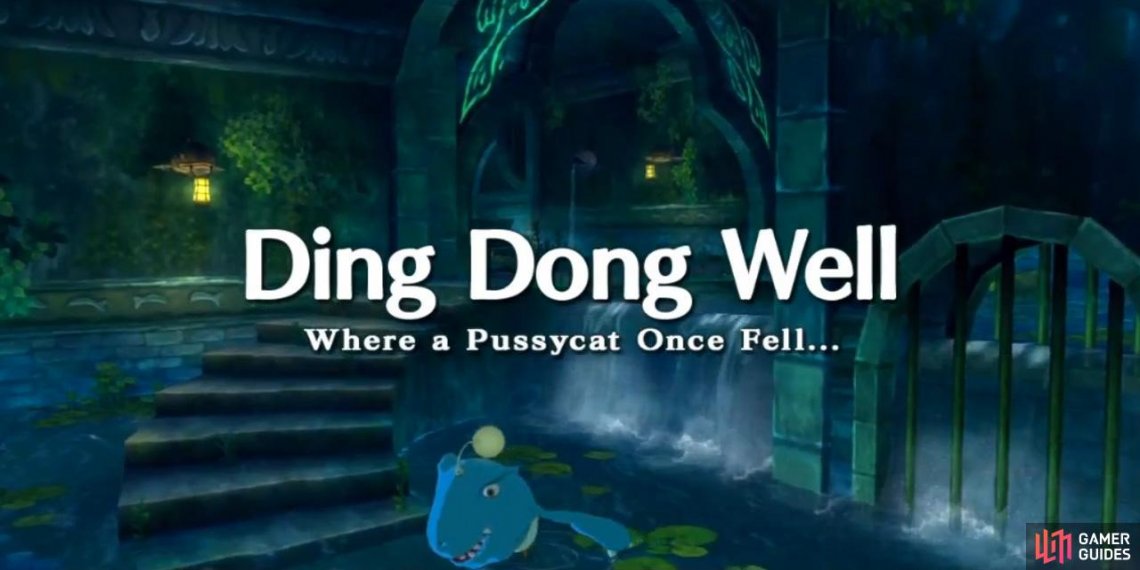 Head north a bit to fight a battle with a very short tutorial on switching familiars. Afterward, take the eastern path at the fork here, turning north to another branching path. Head east first - through the shallow water - opening the chest at the dead-end here for a bottle of [ICED COFFEE] . Go back and continue west, turning north at your next opportunity to come to another split.

Move west and north first to find another chest; get the [POISON-BE-GONE] out of here, then return and head east, then north. Examine the large door here to open it, where you’ll find a large statue of King Tom with three unlit torches. Approach each one and open your Spell Menu, then select Fireball. Do this QUICKLY for each one, and the door to your north will open for you.

After going through it, you’ll be at yet another fork. Run west, then north from this one to another treasure-filled dead-end with another bottle of [ICED COFFEE] . Make your way east now, and when the path turns south after you have gone in the water, check behind the stairs and in the water to find a blue chest. Use your Spring Lock spell on it to get a [SPIRAL HORN] , which you should immediately equip to your new Thumbelemur!

Keep moving east and you’ll come to another unlit torch. DON’T light this one just yet though; there are three to light like last time, but they’re spread around now. From this torch, head south and leap across the stones, then turn east and light this torch with your Fireball spell. Now, QUICKLY head north, lighting the one you come to here, then just as quickly jump down the stones to your west to light the one we originally skipped. This is the shortest path; if you were quick enough, the gate to your north will open.

If not, then try it again! Proceed north down a long set of stairs, following the path as it turns west, then north to come to another fork; take the northern path first, leading to a dead-end with two chests. To the west is a [SANDWICH] , and to the east is a locked purple chest that we can’t open just yet. Head back to the last fork and continue east to one last intersection. 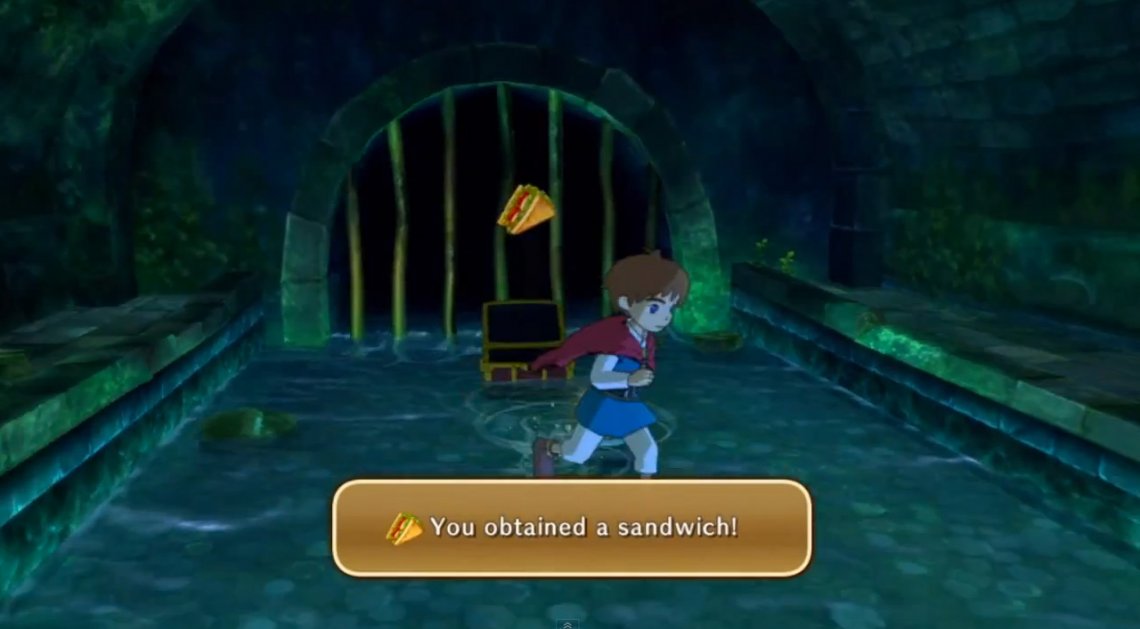 There’s nothing we can do (yet) to the south, but you might want to take note of the green chest there. In any case head north to arrive at a Waystone. Be sure to recover and save, and when you’re ready, proceed north to find King Tom, along with a very interesting, beastly rodent!

Start off the battle as Oliver, throwing Fireballs at the rodent while keeping your distance until you get a feel for his moves. As long as you’re on the move, his physical attacks won’t even touch you. Once you think you know his moves well enough, switch to your Thumbelemur and go on an all-out physical assault against Hickory.

His Mousefire attack is pretty quick and strong at the same time, so if you are quick enough, try to Defend against it; otherwise, just grin and bear it, using Healing Touch as necessary. However, sometimes his spell won’t work, and it’ll actually blow back in the giant mouse’s face, giving you a free shot! Dash in there with your Thumbelemur and let loose a good chain of attacks.

His third move, Tailspin, can cause confusion to your familiars, but as Drippy will tell you, your Thumbelemur isn’t easily confused, so as soon as you see it coming, be sure to switch to him to avoid getting nailed with that nasty effect.

As long as you occasionally switch to Oliver to heal up your HP and cast the occasional Fireball to give your Thumbelemur some rest, your new familiar should be able to take on the giant rodent practically on his own.

After the battle, you’ll have to watch another set of scenes before you’re back in the palace, where you’ll finally receive the [MAGIC WAND] from the King, as well as the [FROSTBITE] spell. Sweet! Before continuing on with the journey, we have some new Errands and Bounties!