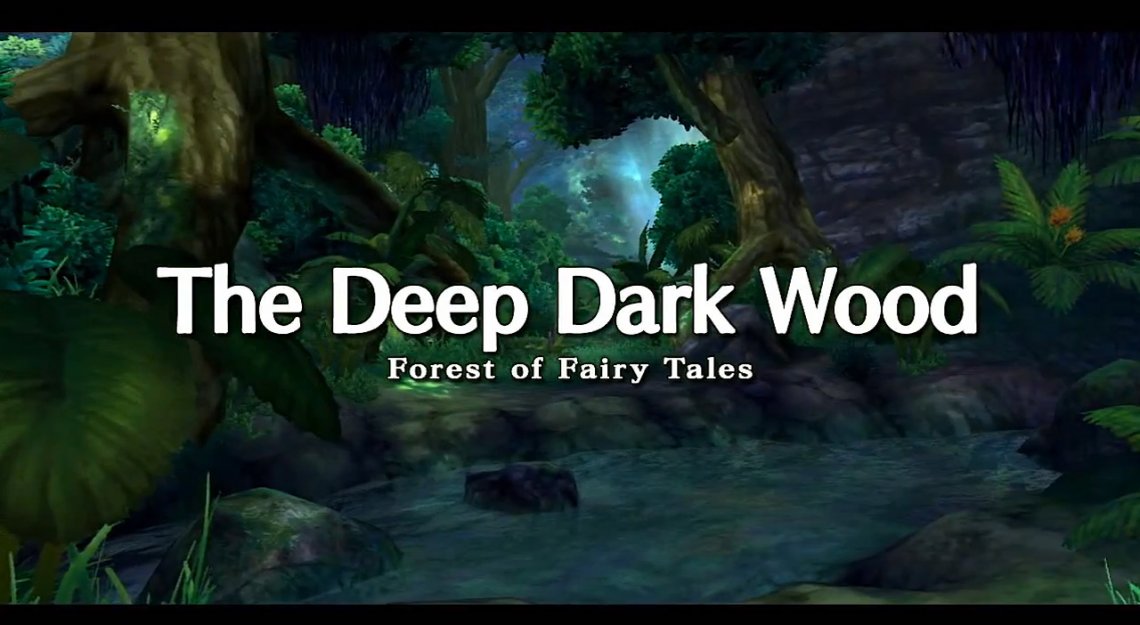 As you enter, you’ll learn about waystones, which will not only recover your HP and MP upon examining it, but it will also allow you to save your game. 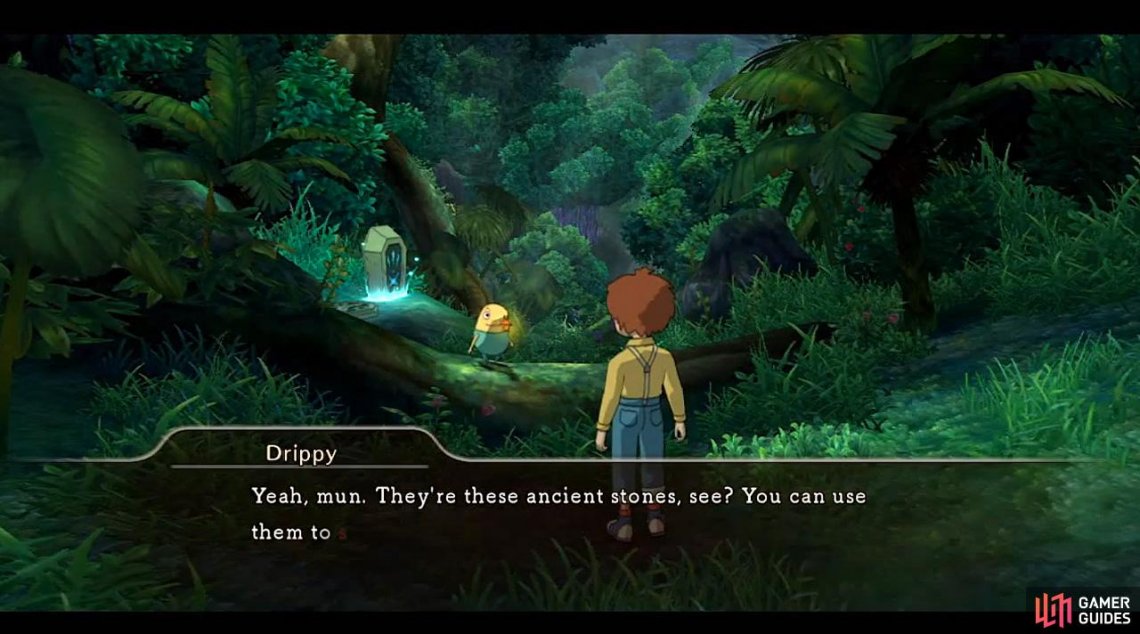 There is also a plate on the ground next to it, but we can’t do anything with it yet. Save, then follow Drippy to the northeast and continue down the trail past the fork to meet Old Father Oak! 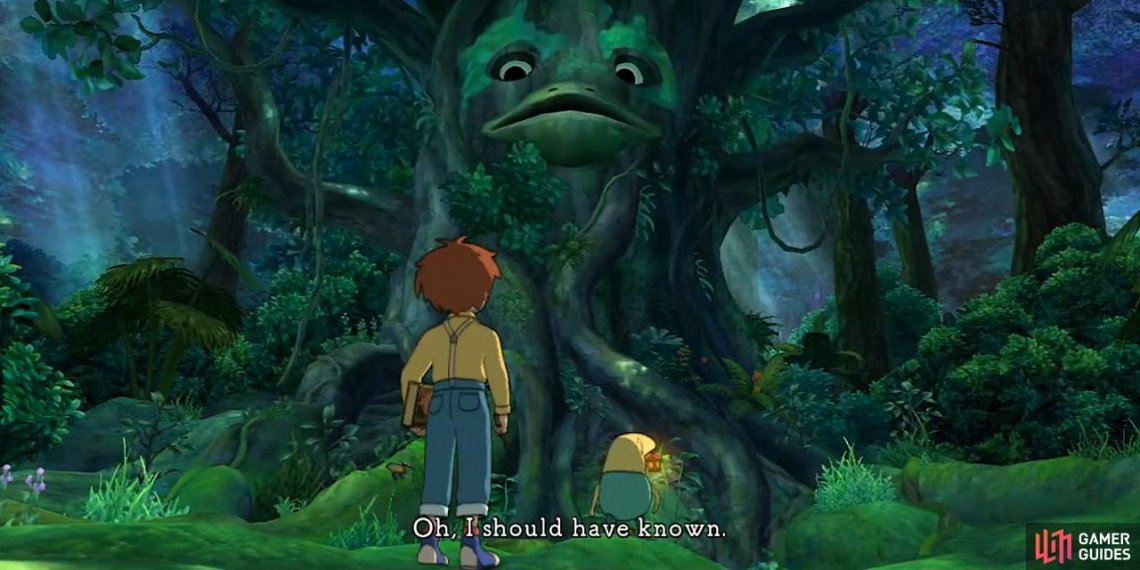 During the scene you’ll receive the page [FORM FAMILIAR] for your Wizard’s Companion, which will now allow you to summon familiars to do your bidding! With that, your Spell Menu will open. Cast ‘Form Familiar’ and the Mite will join your party as Oliver’s first familiar. In addition to that, Old Father Oak will also give you the [HEALING TOUCH] spell, as well as the [FIREBALL] spell for your Wizard’s Companion. Immediately cast it on the fellow and watch him wither away.. No, you’re actually not allowed to do that, but surely the thought crossed your mind. With new abilities comes a new tutorial battle, so follow along carefully and wipe out the Teeny Boppers with your new familiar. After the fight, learn more about taking care of and upgrading your familiars, then go ahead and equip the Mite with the Well-Worn Sword you found out on the World Map. While you are at it, give Oliver the Giant’s Tooth accessory that you found.

When you’re ready, head back south to the fork that you passed and head down the right/northeastern path, opening the first chest you see for a loaf of [WHITE BREAD]. Simply follow the path into the next area, the Whispering Waterfalls . 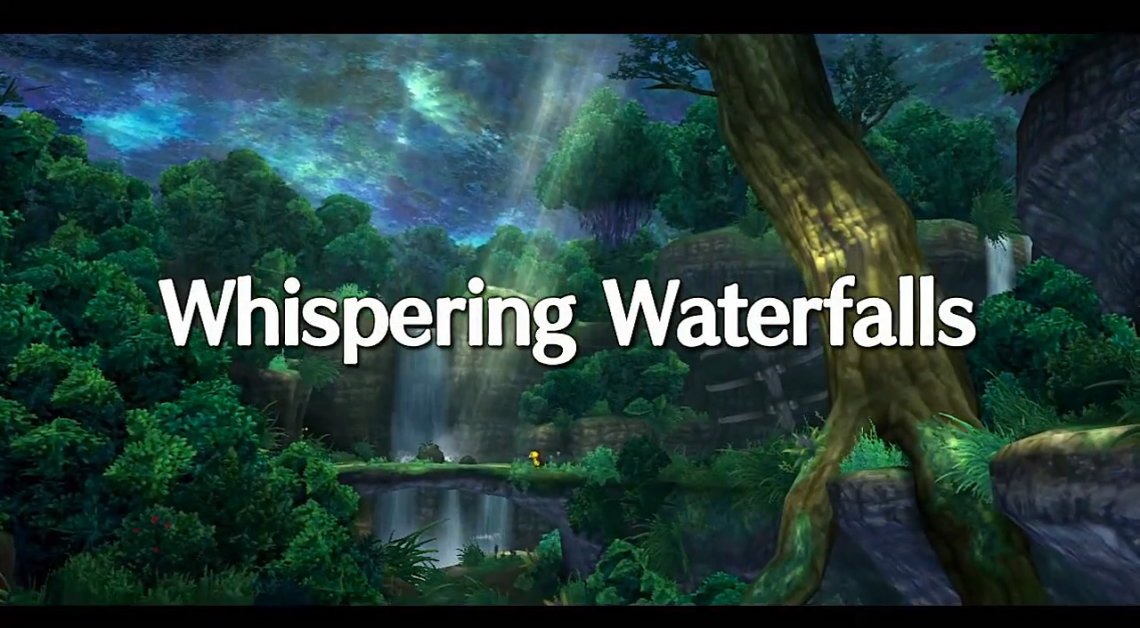 Use the Waystone along the way to recover your HP and MP and save. Keep following the path, and after jumping across some stones in the river, you’ll come to a second chest that’s just to your right. Open it to find a bar of [CHOCOLATE], then continue on, battling beasties along the way.

You’ll soon come to another fork; ignore the path to the southwest (it contains a sealed chest that we can’t open yet, so we’ll come back to it later,) and instead, jump across the rocks to the southeast (initially your left). You’ll get another quick tutorial on assigning new tricks to familiars; continue down the path afterwards and keep your eyes open for a chest to your left/southwest with another loaf of [WHITE BREAD] inside.

Take a few steps back to the fork, then head southeast. Continue along the path until you come to a tree stump; there’s another chest at its base, so open it for a bottle of [ICED COFFEE] . That’s it for treasures here! You’re currently at a fork, but going east will take you back to where you opened the last chest, so continue west instead to reach another Waystone. Make sure to save! 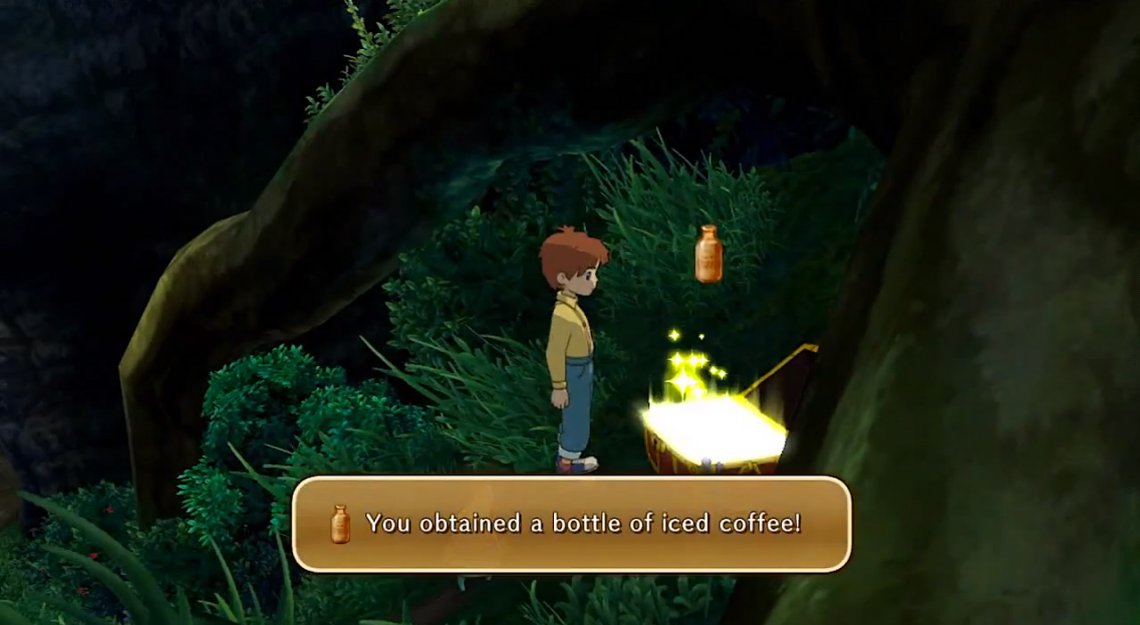 When you’re ready, take a few steps south, where you’ll encounter the giant Guardian of the Woods! Yikes!

Boss Fight: Guardian of the Woods - Steadfast Defender of the Forest¶ 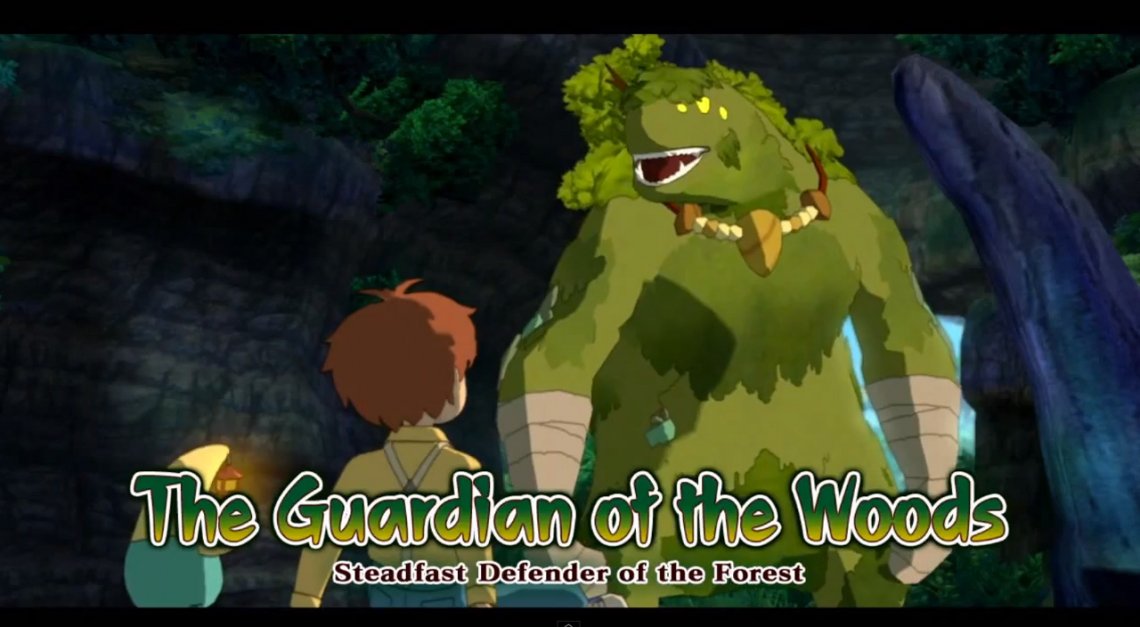 Even though you can use the Mite to fight for you, it is recommended staying as Oliver; his Fireball spell will do more damage much more quickly than the little familiar can dish out.

In fact, all you’ll need to do is spam your Fireball spell against the big lug by choosing Spells, then Fireball. When you get low on MP, be sure to look for any blue glims on the battlefield, but stay far away from the Guardian otherwise to minimize threats.

When the Guardian prepares for its Windfall attack you’ll be warned to Defend in order to minimize damage. Once you defend against this attack twice, you’ll be told that you have a Chance to do some major damage, so when that happens, CANCEL your defense with CIRCLE and quickly nail him with another Fireball.

He will also use the Bellow spell; this doesn’t do any damage, but it will stun you to where you can’t do anything, and he will usually follow it up with Windfall, so be sure to defend against it so you can avoid the status effect.

If Oliver drops below 20 HP, be sure to cast your Healing Touch spell to rejuvenate yourself (or even use some White Bread, if you prefer not to spend your MP.) Should you run out of MP completely, and Iced Coffee might just help you get through the fight, although it normally shouldn’t be necessary.

As the battle nears its end, you’ll be told of a ‘gold glim’ that appears; once you see one of these beauties on the field, be sure to run over and quickly grab it! It’ll restore all of your HP, and it will also allow you to perform a Miracle Move that doesn’t use any MP! Once you get this one, perform that move and end this battle with a bang!

After the battle, you’ll automatically receive the page [THE GUARDIAN OF THE WOODS] , as well as [THE SECOND TALE] of Wonder.

Awarded for defeating the Guardian of the Woods and bringing him back to his senses. 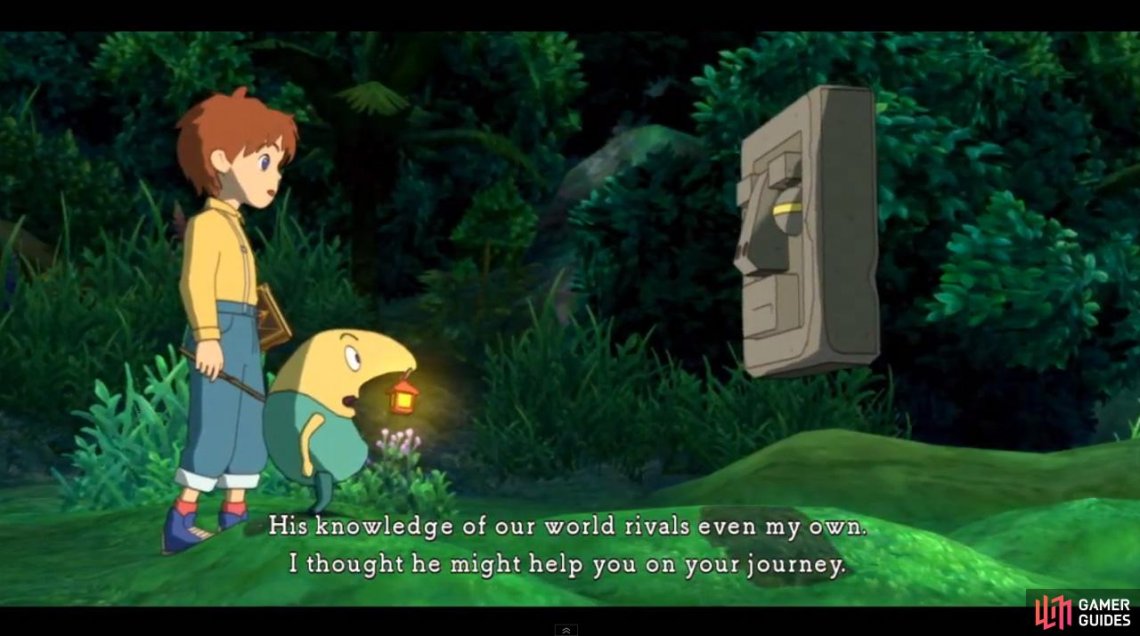 After the battle and upon your return to Old Father Oak, you’ll be able to access the Telling Stone from the menu. You’ll receive a [LOCKET] from him, as well as the [TAKE HEART] and [GIVE HEART] spells. Once you regain control, make your way to the exit and head back out to the World Map.