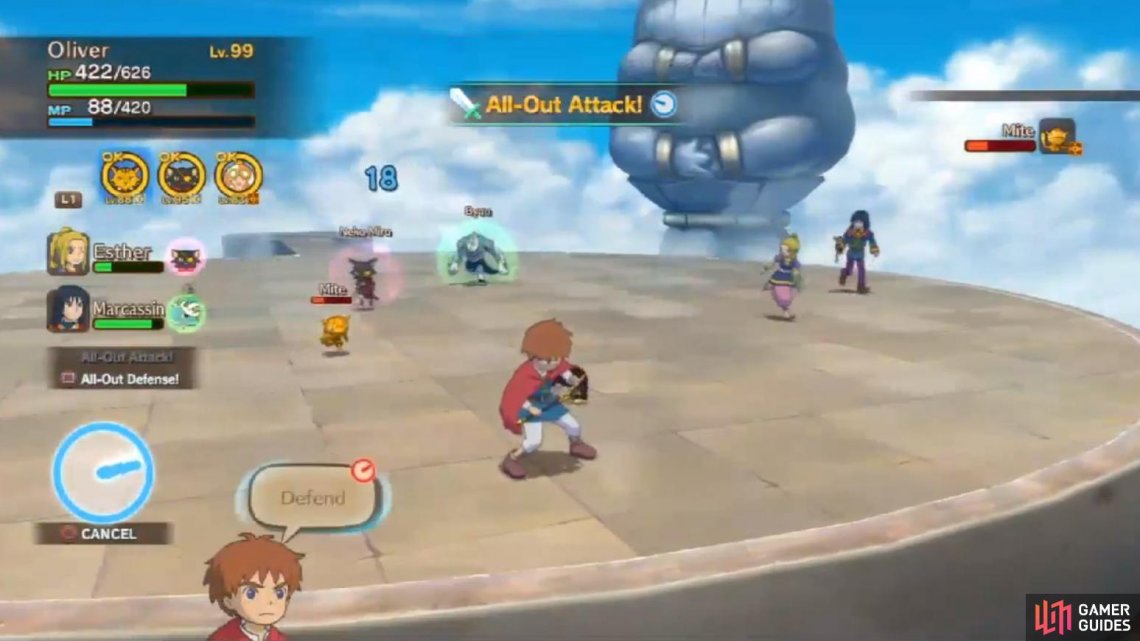 Now that you’ve completed the main story, all Ranks will be able to be unlocked as you battle through them. If you haven’t fought any of them yet, I can assure you that you won’t have any troubles with ranks E through A. Rank S, on the other hand, can be tough, but if you were able to hand the White Witch’s behind to her, then you should be a-okay. Here are some tips:

Obviously, if you’re under leveled, nothing I can say here will help. It’s recommended to fight Tokotocolds at The Ivory Tower until you’re at least level 90 before continuing (though being at the max level of 99 is even more strongly recommended.) Considering that you’re not allowed to use items to help save your skin during these battles, then the higher you are, the better. I was easily wiped out on my first time at level 79, during the third battle. And even in the 90’s, I was getting wiped out because of lack of MP to heal.

Conserve your MP . If you can win without using it, then do so, even if it takes longer. Not being able to use items means that you’re stuck with what you have, save for the occasionally blue glim.

Pulse is your friend . If you must use magic, then stick with Pulse. Yeah, it is a low level spell, but it also disrupts enemy attacks while doing decent damage, occasionally knocking out a gold glim in the meantime. A free Burning Heart is well worth it, and it’ll keep you from taking damage as often.

Stay healed . Once someone’s HP gets too low, or then even die, then it’s going to be an uphill struggle for the rest of the entire round trying to get them back up on their feet. You may want to substitute a couple of your regular familiars with those who know both healing and resurrecting tricks, just to be safe.

Use Swaine’s Rotshot. It does quite a bit of damage every few seconds, and costs very little MP.

Don’t get cocky . The first two battles aren’t going to be that bad, but the last two are going to be murder. Try to be at max health before going into the third battle.

When desperate, use Oliver’s Fortune’s Fool . Yes, there’s a good chance of it backfiring, but if you’re desperate and not sure you’re going to win to begin with, then use it anyway; it may be a life saver.

Here are the prizes for winning:

After your first win, if you haven’t tried it already, you’ll receive the “Solosseum Slugger” trophy. If you manage to defeat all of the enemies in the Rank S Category, you’ll earn the “Solosseum Supremo” trophy.

Awarded for winning your first bout in the Solosseum Series.

Awarded for becoming the champion of the Solosseum Series.