The first place we need to go to get materials for the Clarion is Al Mamoon, so go ahead and Travel there.

Make your way to the palace and talk to the Cowlipha. Without a fuss, you’ll receive the [HOLY WOOD]! Next stop: Ding Dong Dell!

Start making your way to see King Tom, only to have your Holy Wood disappear once you get to the entrance of the palace. Head back to the first area of town and pay a visit to the Cawtermaster; he actually just bought it from a young mouse that pawned it to him, and he won’t give it back until you give him proof.

Head outside, then make your way toward Swift Solutions. Just to the east is a small spiral stairway that takes you up to another level, so head up there to find the tiny rodent on the railing. Talk to him, and after receiving a few insults, Oliver realizes that he reminds him of Phil, and that we need to go check on him to make sure everything is okay.

Before doing anything else, make sure to stop at the Cat’s Cradle and rest up so that your HP and MP is maxed. When you’re ready, cast ‘Gateway’ to return to Motorville.

Save your game, then head over to Oliver’s house, where Phil will be waiting for you. He’s not waiting to show you something awesome this time… 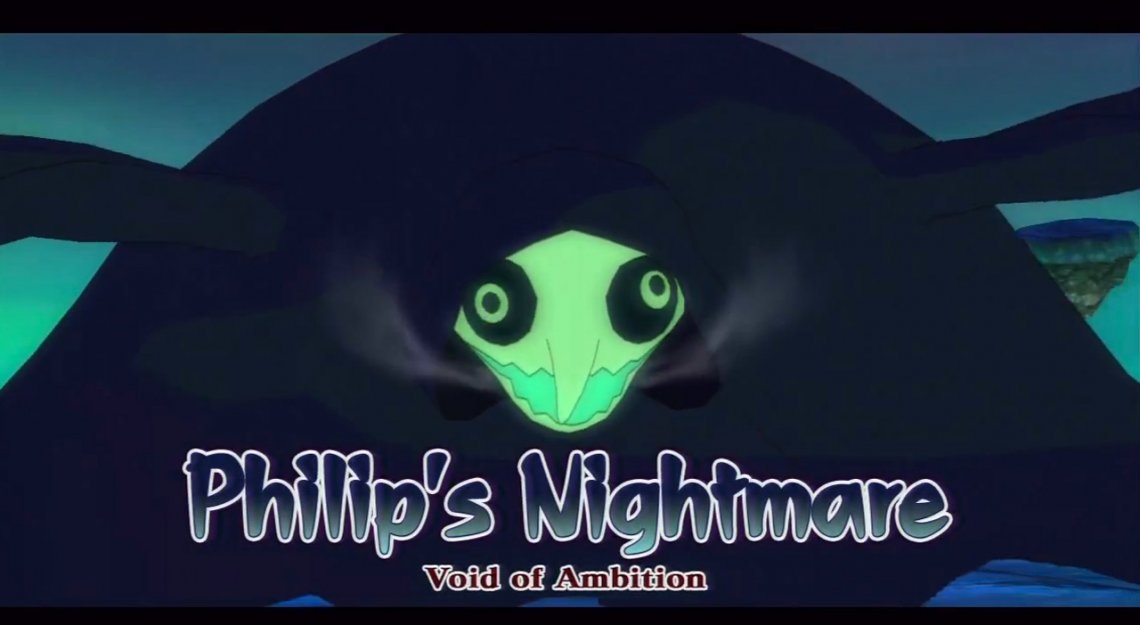 As with the last one, the Nightmare is naturally weak to Light, so you can spam Arrow of Light if you like, but as usual, I recommend a direct assault with several All-Out Attacks with your strongest familiars. With this, you have a good shot of cancelling attacks and knocking loose some gold glims for serious damage. 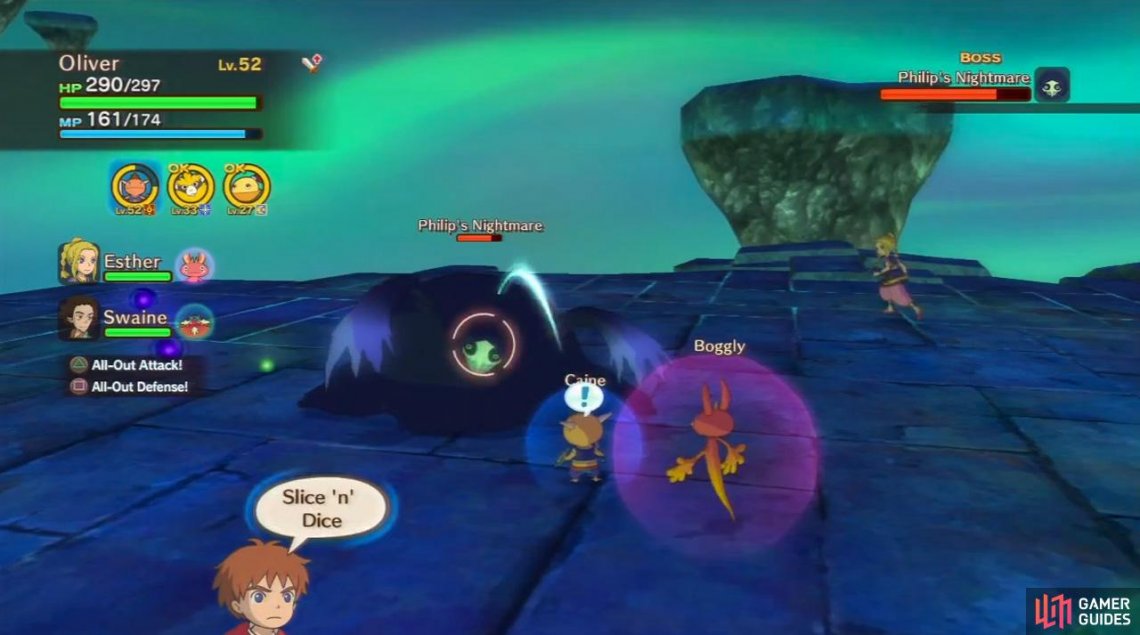 There’s not much to worry about when it comes to his Ill Will; it just boosts his attack, and there’s not much to do about it. Rain of Terror, however, will royally screw up your whole party VERY quickly, so don’t even try to defend against it; go for All-Out Attacks and keep him from even using it. If you do get hit with it, then switch to Esther and have her work on removing the status with Chant.

If you find yourself having a hard time dealing with the Nightmare, feel free to try out your new spell, Unleash! Summoning the Gladiataur and using Everblade will easily dish out 200+ damage with each casting.

After the battle, you need to use Take Heart on yourself to get some ambition to help bring Phil back out of his funk. Watch the scenes here, then use ‘Gateway’ once again to return to Ding Dong Dell.

Back to Ding Dong Dell¶

Head back to the upper level where you first found Pip, and talk to him again; now that Phil is back to normal, Pip apologizes and agrees to help sort things out. Once that’s over, you’ll have the Holy Wood back in hand, so make your way to the palace to see King Tom.

As with Her Moojesty, His Meowjesty will gladly fork over what’s needed for the Clarion, and in his case, it’s to quickly carve the wood for you, turning it into (as expected) [CARVED HOLY WOOD] ! There are a few more Errands now available that you can complete before moving on. 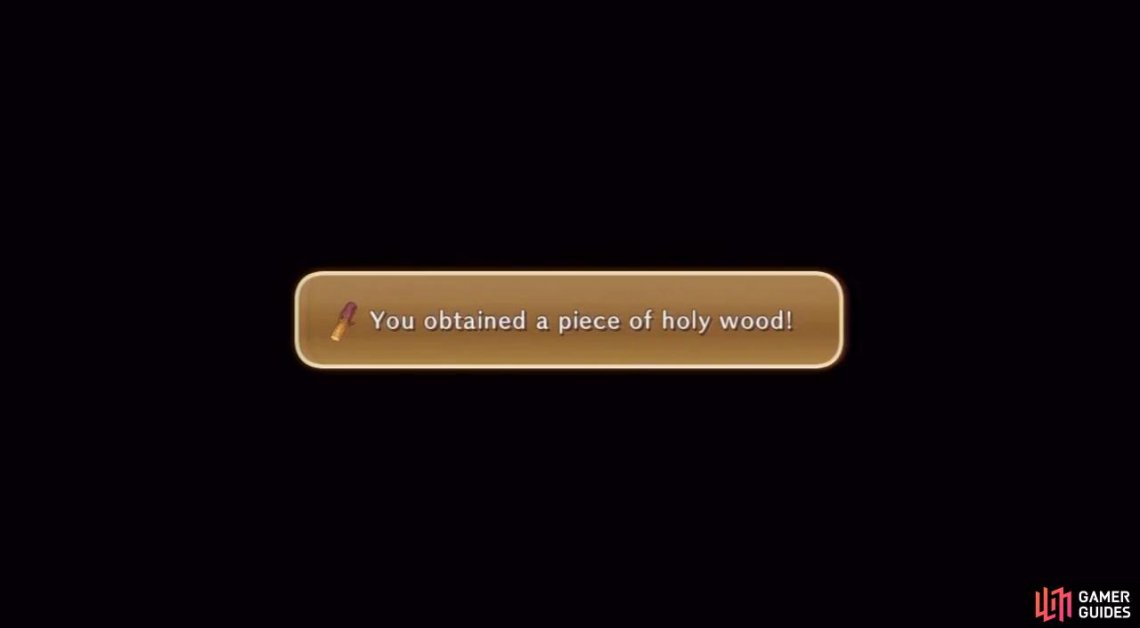 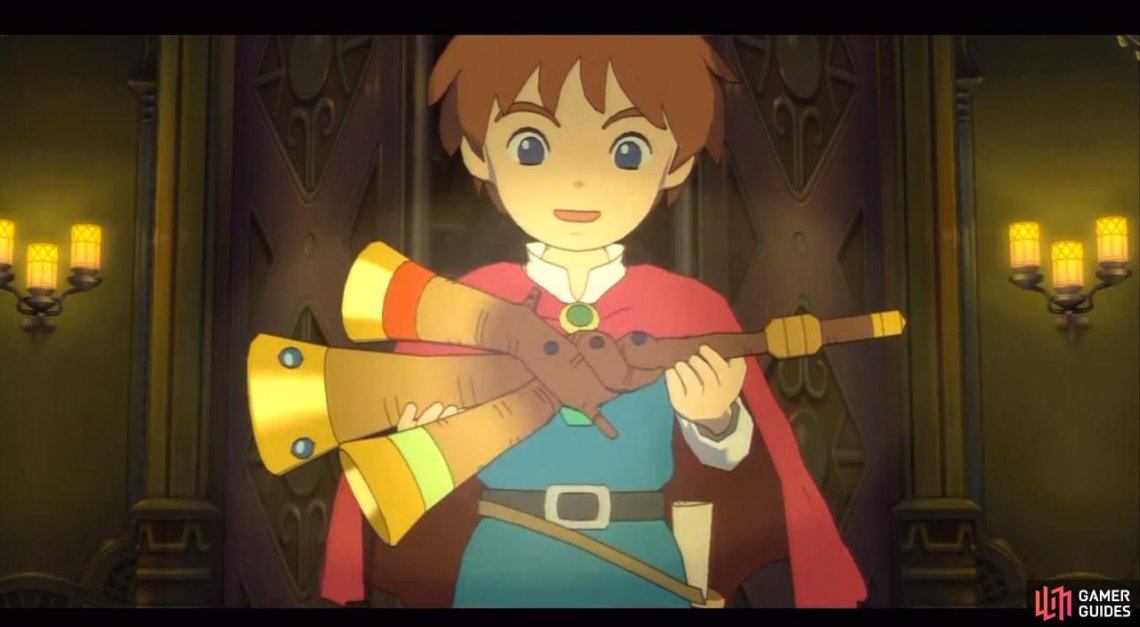 Make your way to the palace to talk to Marcassin. Show him the carved wood, and he and Swaine will give it the finishing touches, allowing you to finally have [THE CLARION] ! You will also receive a new page for your Wizard’s Companion, [THE NINTH TALE] of Wonder! 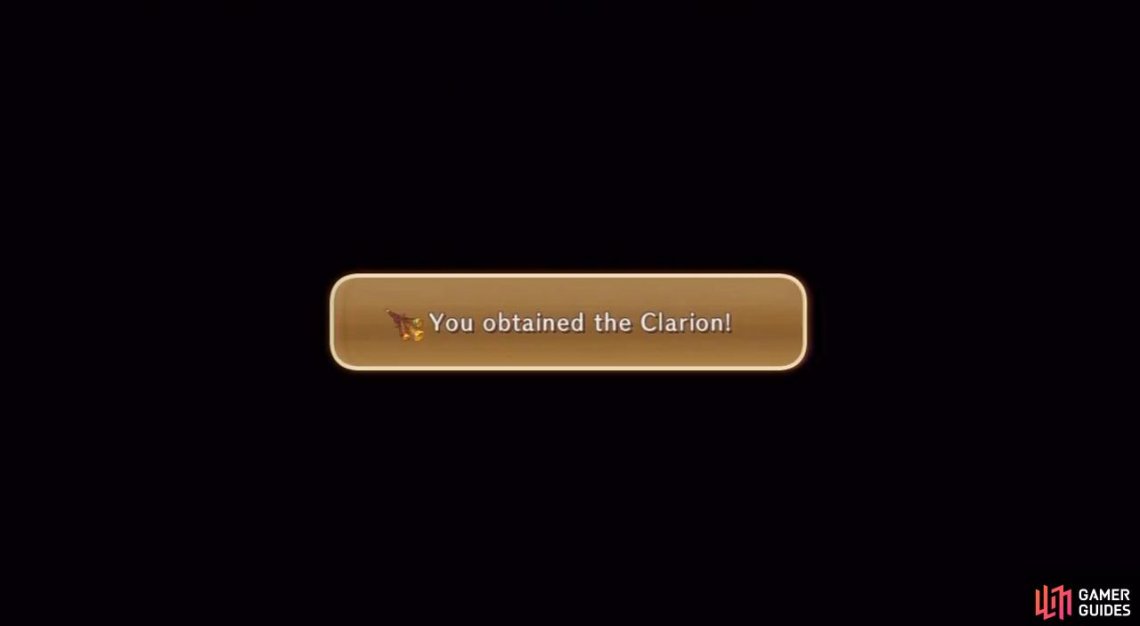 Before heading off, use the magic circle to be just outside of the palace, then talk to the ghostly guard, Abyssinia, again using ‘Spirit Medium’ to fill her in on what happened. She’ll thank you by giving you a [GUSTPLUME] . You’re just about ready to make your way to the Miasma Marshes, but first, you will need to drop by The Deep Dark Wood.

A Mamooni woman has given up on her childhood dream of becoming a famous singer.

Goal: Restore her ambition and tell her to follow her dreams!

In Al Mamoon, make your way to the northern part of town next to the eastern milk fountain. She wants to sing, but lacks the ambition; luckily, there’s a man walking around the Cawtermaster’s store that’s full of it, so take his, give it to her, and move on.

A Castaway Cove fisherman has started to question his dream of owning a mighty fleet of fishing vessels.

Goal: Restore his ambition so that he can aim high once more.

In Castaway Cove, make your way to the docks on the eastern side of town and talk to the man standing near the water at the bottom. He’s lost his ambition as well, so talk to the boy near the Cat’s Cradle and take a lump of his swashbuckling ambition to help the fisherman out.

A Hamelin researcher has lost sight of the ideals that first inspired him, and has resolved to abandon his life’s work.

Goal: Restore his ambition so that he can resume his research.

In Hamelin, make your way to the main street on the north side of town, then talk to the researcher in the southeastern corner once again. He’s lacking ambition, but there’s none to be found here in Hamelin. Travel to The Fairyground, where there are actually two different fairies that have some to spare. Grab one, then return to Hamelin and deliver it to the researcher to make him happy.

A young boy is about to give up on his dream of becoming the greatest llapaca herder in Perdida.

In Perdida, the kid taking care of of the llapacas to the right of the entrance is having a hard time dealing with what he sees to be as his own failure. He needs some ambition, so go to the northernmost section of town and talk to the little girl here to borrow some of hers. Take it back to the boy to earn your reward.

With their shop in Ding Dong Dell due to open, one of the traveling merchants has begun to doubt the whole venture.

Goal: A full set of missing virtues! Restore her ambition!

In Ding Dong Dell, visit the merchant couple near the entrance once again to find that something is amiss with them, yet again. The wife needs some ambition this time to keep going, and since there’s none in Ding Dong Dell, you need to travel to The Fairyground once again and pick some up there.

Once you have it, return and dole it out to the wife for the last time, and you’ll be handsomely rewarded for all of your trouble with quite a few formulas in addition to your normal goodies!

You should have amassed quite a few Stamp Cards by now that you can turn in for rewards! I suggest using them for the ultimate reward first, the ‘Jack the Giant Killer’ reward, as it will give Oliver an awesome boost: +100 to BOTH his HP and MP!

Once those are all done, you’ll be just about ready to make your way to the Miasma Marshes. But first, you will need to stop by The Deep Dark Wood.

To The Deep Dark Wood¶

Drop by and speak to Old Father Oak to tell him of your adventure. Like once before, you won’t obtain any treasure, but you’ll have some new dialogue to see! (Before, we gave you the dialogue to save on time, but since it’s so simple to make the trip, we recommend you go ahead and see it for yourself! Just use ‘Travel’ and make it quick!), once you’re done and ready to proceed, use ‘Travel’ to visit Perdida once more.

Proceed all the way north past Khulan and out the northern side of the city to be in a dark valley near the miasma.