Before you set sail, there are several things you can do in town first, and there are also green chests in other locations that you had to skip earlier on.

Castaway Cove. Head to the entrance of the town and cross the bridge to southeast. After crossing it, take a few minor steps to your right and turn around, facing south. You can spot the green chest across the water, lying on a pier. Use Swaine’s Pistol to collect a [CARNATION CAKE] (a high level treat that increases magical attack). 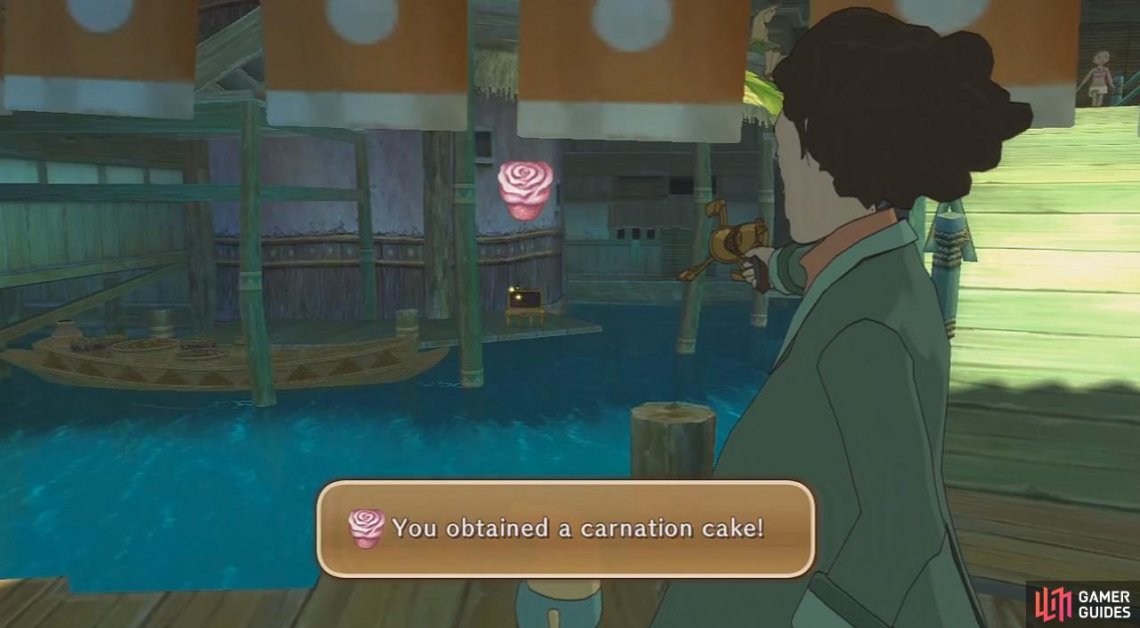 Old Smoky. Make your way to the (2nd) Waystone in the middle of the area and take the left path at the intersection just up ahead. The green chest can be found at the end; it contains [PIXIE DEW] . You can cast the Vacate spell to quickly teleport back to the world map.

Al Mamoon. Head up to the town square and stop just before stepping onto the actual plaza. Walk to the right/east side of the street, position yourself between the palm tree and the man with a turban, then look up; this green chest is hidden away on the roof of the building on the west side and contains a [RUBY RIPPLE ICE CREAM] (another high level treat that increases evasion). 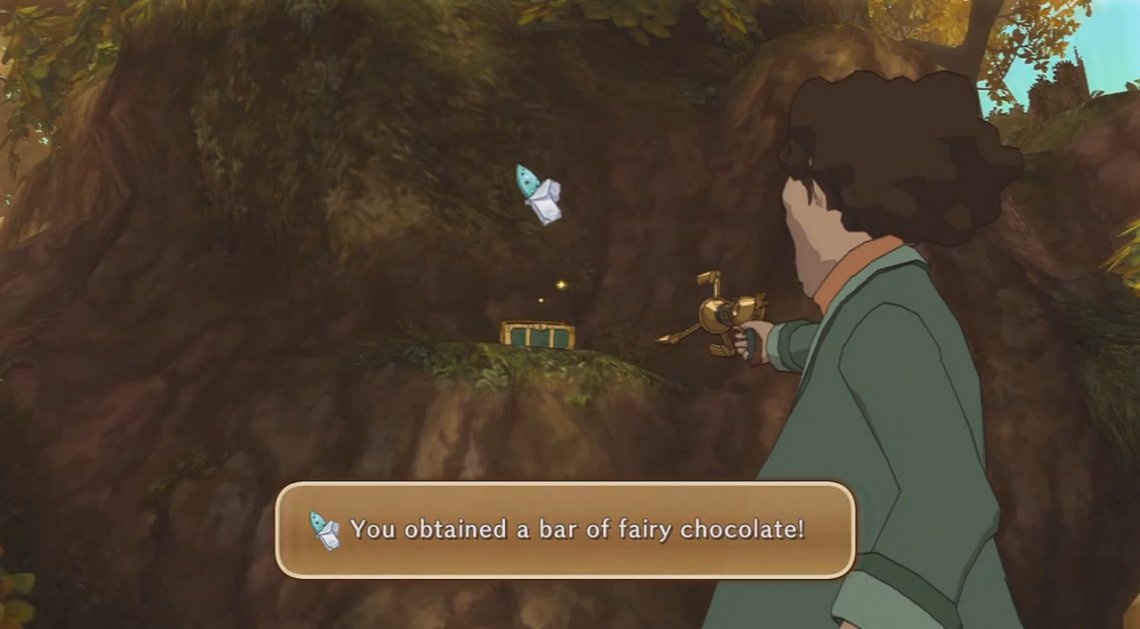 Golden Grove. Entering the place from the Shimmering Sands, follow the path to the crossroads and head north. Use Quicken Growth on the mushrooms if you hadn’t already and step up the fourth one; look to your left to spot the green chest, which contains a bar of [FAIRY CHOCOLATE] (another high level treat - this one increases attack). If you’re traveling to the other side of the Golden Grove, don’t cast Vacate; it’ll drop you off at the side from which you entered.

Ding Dong Dell. Head to the west part of town and walk to the most southern tip of the area, where you’ll spot three vases against the town’s wall. Look down next to the tree to spot the green chest; it contains a slice of [SEE-THROUGH PIE] (you’ve guessed it; this one boosts accuracy).

Ding Dong Well. Head to the way-point at the end of the area. From here, head all the way south to find the green chest behind bars to the east. It contains a [WATER BOMB GEM] (which teaches the Water Bomb Trick to a familiar). Either use the Vacate spell, or travel to the square beyond the waystone to find a warp circle that allows teleportation back to the entrance of the well. 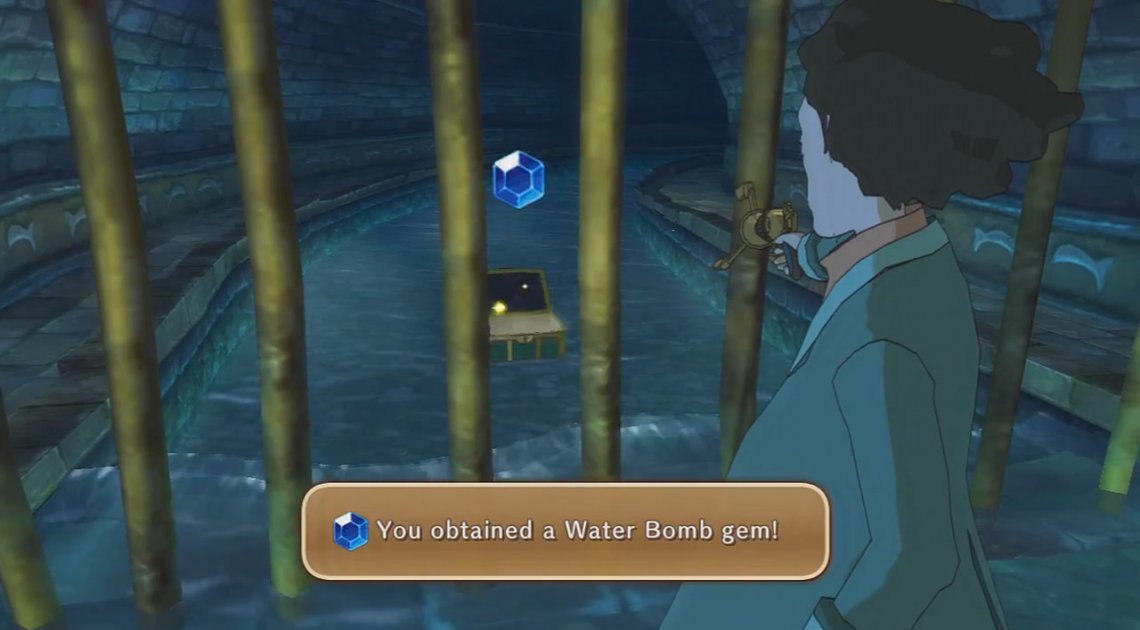 Now’s also an excellent time (as well as your last chance for this particular story progression interval) to stop by Old Father Oak and tell him about your progress. As way of thanks he gives you a nice [PHOENIX FEATHER x3] . There are also various errands you can now do in Castaway Cove. 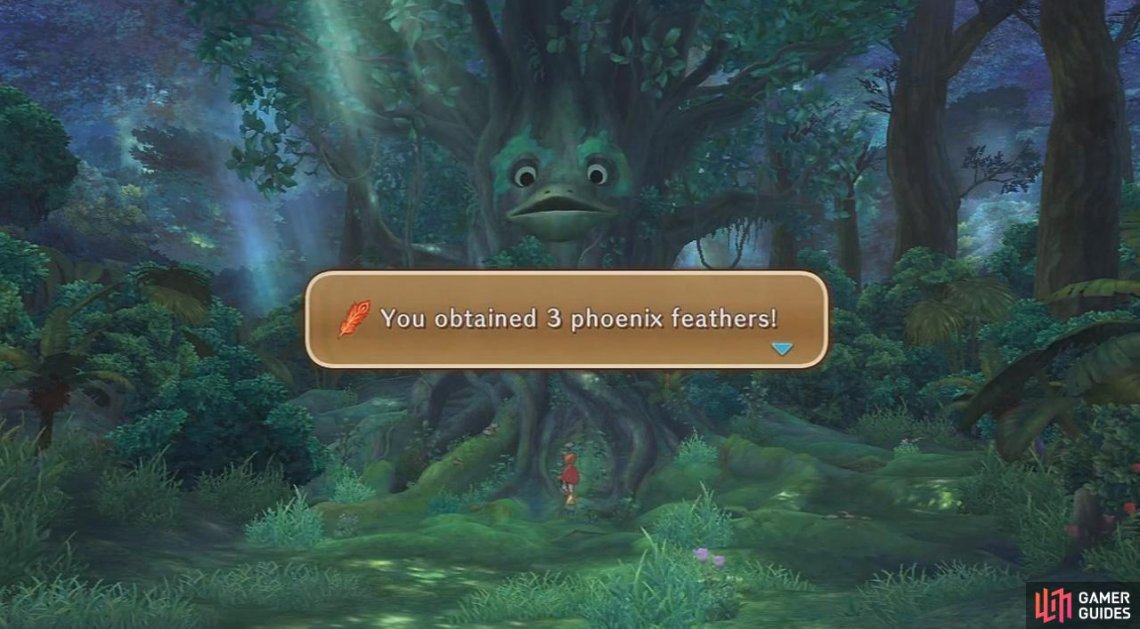 Description: A woman from Castaway Cove can’t quite help spending all her money on swimsuits, though she has quite enough already.

Goal: Restore her restraint, and stop her wasting money.

Talk to the lady near the peddler, who seems to be spending all her money on swimsuits - she lacks restraint. Fortunately, the boy sitting next to his father on the first pier has more than enough of it, so transfer some from him to her, effectively ending this errand.

Description: Since arriving in Castaway Cove, one of the traveling merchants has been being unkind to her poor husband.

Goal: Restore her kindness and end her reign of terror.

Talk to the woman arguing with her husband on the northern walkway. She definitely appears to lack kindness. The woman carrying a basket on her head - located on the other, southern side of town - has plenty to spare, so arrange the exchange and retrieve the reward.

Description: A blue crab in Castaway Cove asked you to look for his missing friend.

Goal: Head east and look for the crab’s missing friend.

Use the ‘Nature’s Tongue’ spell to talk to the crab on the second pier in the harbor, and he’ll ask you to look for his missing crab friend. You’ll have to set sail first in order to complete this errand. Once you do, head over to the east side of Robinson’s Island and look for the crab on the far (north)east sandbank. Speak to him and return to the crab in Castaway Cove to deliver the message that he’s doing well.

It’s smart to purchase the best equipment for your familiars at the peddler if you hadn’t already, however, some of the equipment gotten from Alchemy is better and costs less to make. Should you be low on money, remember that you can always sell some of your Great Sage’s Secret for 6000 G.

There are several items and pieces of equipment that you can now create by Alchemy. Below are the ones most useful at this point. Most items needed can be bought from shops in Al Mamoon, others are found at forage points or dropped by, and stolen from creatures:

The following two can be gotten very shortly:

When you're all set, approach the ship to sail away! 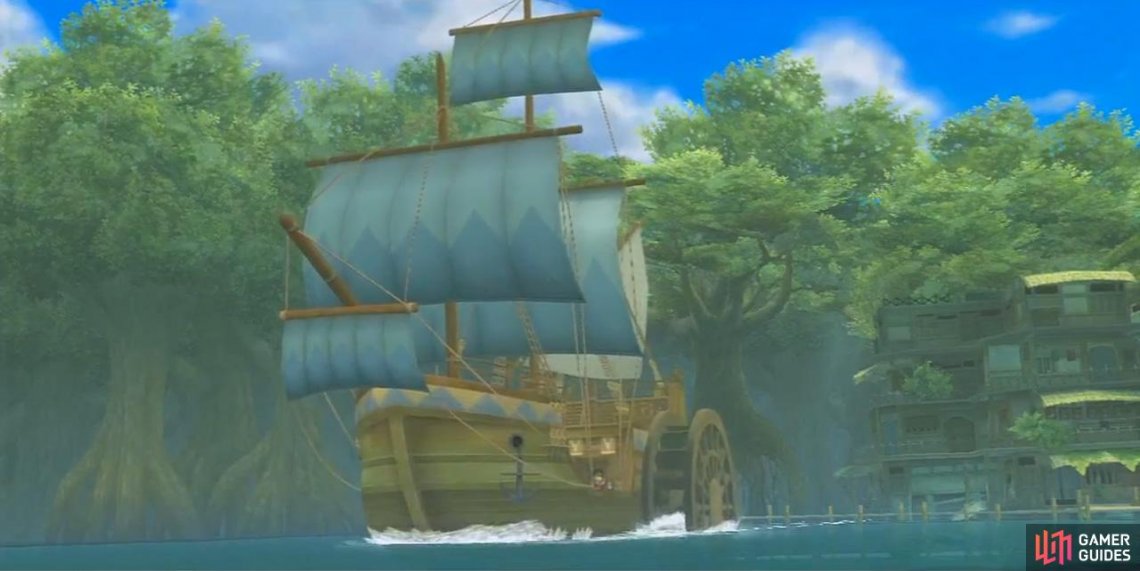