You can start this task by talking to Silas, who can be found across the bridge leading to Edgewater’s southwestern gate. He’ll tell you about some delinquents behind on their burial site rentals and as you to collect their debts. 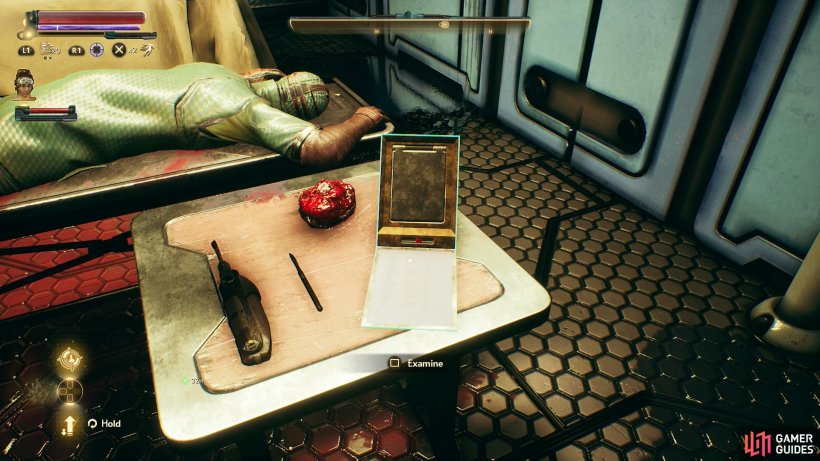 (1 of 2) Find out about Eugene’s golden teeth 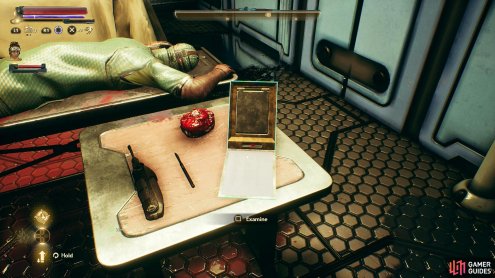 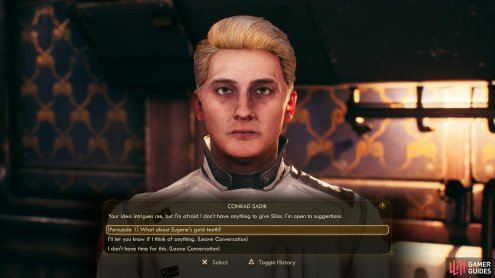 Find out about Eugene’s golden teeth (left), and with this knowledge leverage Conrad into paying his dues. (right)

You’ll find Conrad Sadik in Edgewater’s barber shop, and if you bring up the money he owes Silas he’ll refer you to his “pecuniary situation” which “precludes the necessary restitutions”. In other words, he’s broke. Suggest giving Silas an IOU and he’ll ponder his possessions before deciding he has nothing of adequate value that he can part with.

To resolve this stalemate, head into the back room of the barber shop and examine a clipboard on a table to learn that a Spacer’s Choice’s asset by the name of Eugene had some golden teeth that he took to the grave. Return to Conrad and pass a [Persuade 1] check to suggest using those teeth as collateral, which, after some chatter he’ll agree to.

Ludwig Miller is the only delinquent not actually inside of Edgewater itself. Instead you’ll find him patrolling the northwestern edge of the Edgewater landing pad. Demand Silas’s due and he’ll ramble on about his weird robot conspiracy, after which you’ll get a chance to pass a [Lie 5] check to score some extra Bits. Not much at all, but the XP is still nice, and it’s a victimless crime.

Phyllis Granger works in the saltuna cannery, you’ll usually find her on a walkway overlooking the factory floor. Ask her about the gravesite fees and she’ll give you what she owes Silas. Painless enough, but she’ll elaborate on some backstory regarding the fee in question, which highlights the corporate dystopia strangling Edgewater rather definitively. 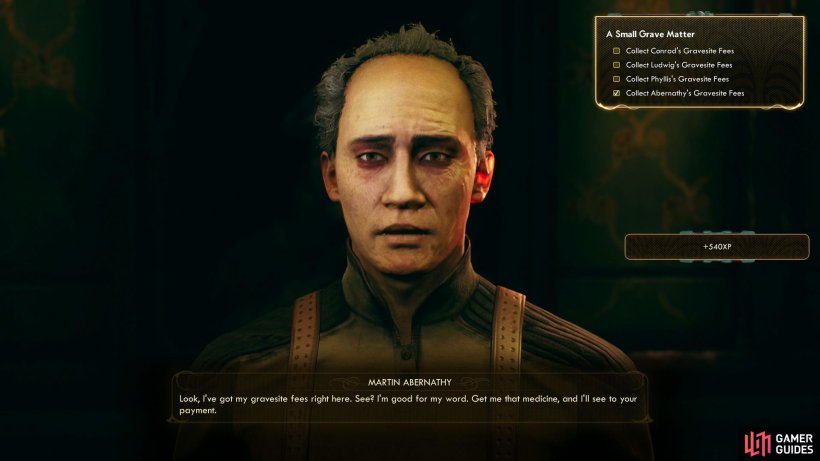 Abernathy dwells in his house, which is northeast of the constable’s office. Demand his gravesite fees and he’ll surprisingly pay up without much of a fuss at all. Shame they all can’t be this easy.

Once you’ve collected money from all four delinquents, return to Silas and ask him about Eugene and he’ll tell you that the errant corpse seems to have gone missing. Something to keep an eye out for.

More to the point, hand over the fees you collected to satisfy Silas, then pass a [Persuade 6] check to wrangle some extra bits out of him. You can also tattle on Abernathy’s illness, if you wish, but nothing comes of it.

In any event, once you hand over the gravesite fees, this quest will end.