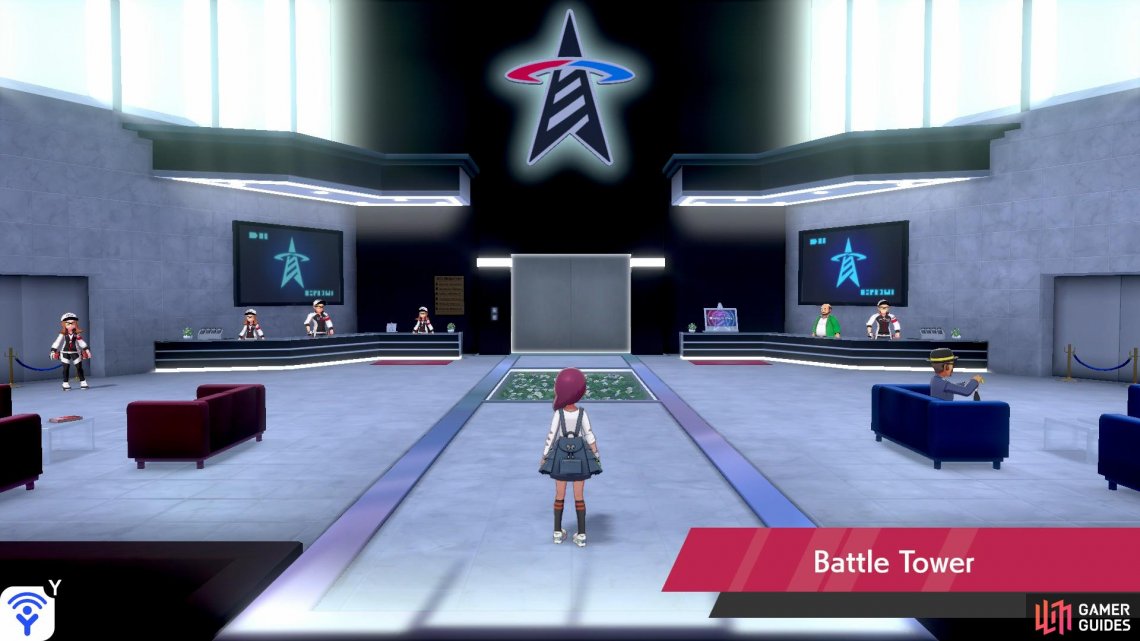 As with all of the Pokémon games, you’ll unlock the Battle Tower in place of where Rose Tower once stood. Following his defeat in the Championship match, Leon has reopened it and it works a little differently from how it used to. For starters, it features a tier system that you work through based on the amount of wins you rack up. Reach a new milestone and you’ll need to defeat Leon again to move up to the next tier.

As expected, you’ll receive numerous amounts of useful rewards during your visit at the Battle Tower and you’ll also obtain BP which can be exchanged for useful items in the lobby or the Hammerlocke Pokémon Center which are useful for training your Pokémon to even greater heights.

As with any competition, there are many rules to follow as listed below:

The Battle Tower features a lobby with many useful shops, two of which use the BP currency you’ll be earning during your stay here.