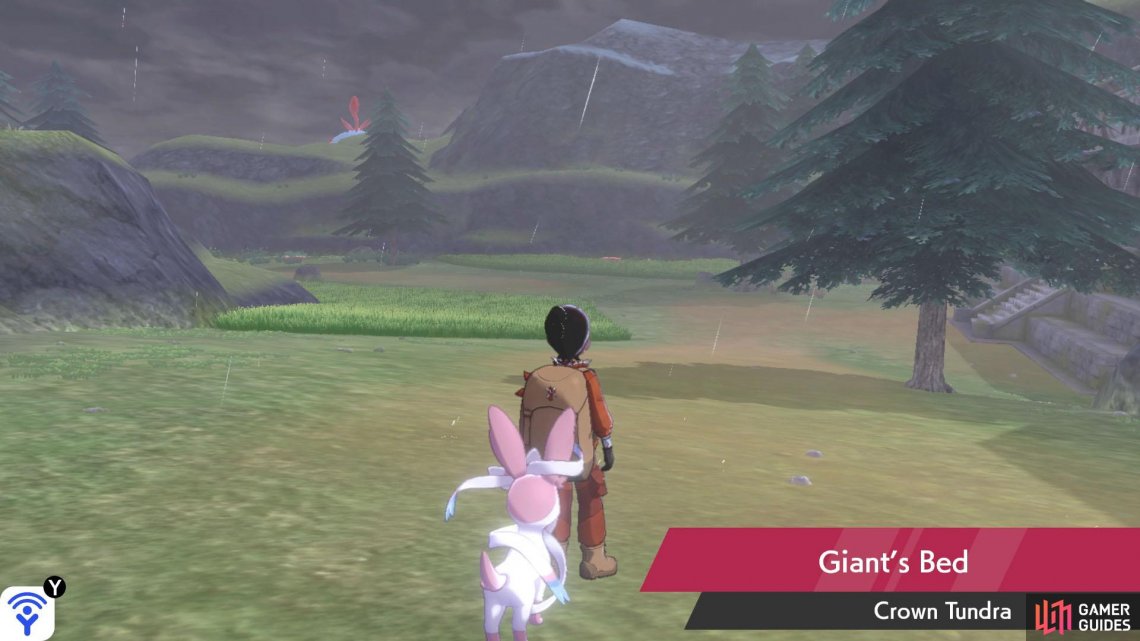 This is the view when you arrive from the west exit of Frostpoint Field.

The Giant’s Bed is the largest zone in the Crown Tundra. To save your (and our) sanity, we’ve split the zone into northern and southern halves.

The northern half is the area near the Iron Ruins plus the higher ground leading up to Snowslide Slope. Meanwhile, the southern half encompasses the areas around the Old Cemetery.

These dusty ruins are located towards the far west of the Giant’s Bed. They’re directly ahead if you enter the zone from the west half of Frostpoint Field. After visiting Peony in Freezington, you can unlock the secrets of this ruin, which leads to an encounter with Registeel.

At the opposite end of the Giant’s Bed, south of the Giant’s Foot, there’s a path that leads to the Rock Peak Ruins. Likewise, after solving the riddle in front of the door, you can encounter one of the Regi–more specifically, the sturdy Regirock.

If you’ve found 50 footprints belonging to the Grassland Pokémon, Virizion, and reported your findings to Sonia, Virizion will appear towards the south of the Giant’s Bed. Specifically, it’s wandering around the area before the unavoidable row of tall grass to the west of the Old Cemetery.

Along the way to Snowslide Slope, after going past a small lake and pond, there’s a den surrounded by four rocks. Unlike other dens, this den is never active and you can’t use a Wishing Piece on it. As it happens, if you draw a line between all four of the Regi ruins, this den will be in the center. This is a hint that you need all the Regi to solve its mystery. 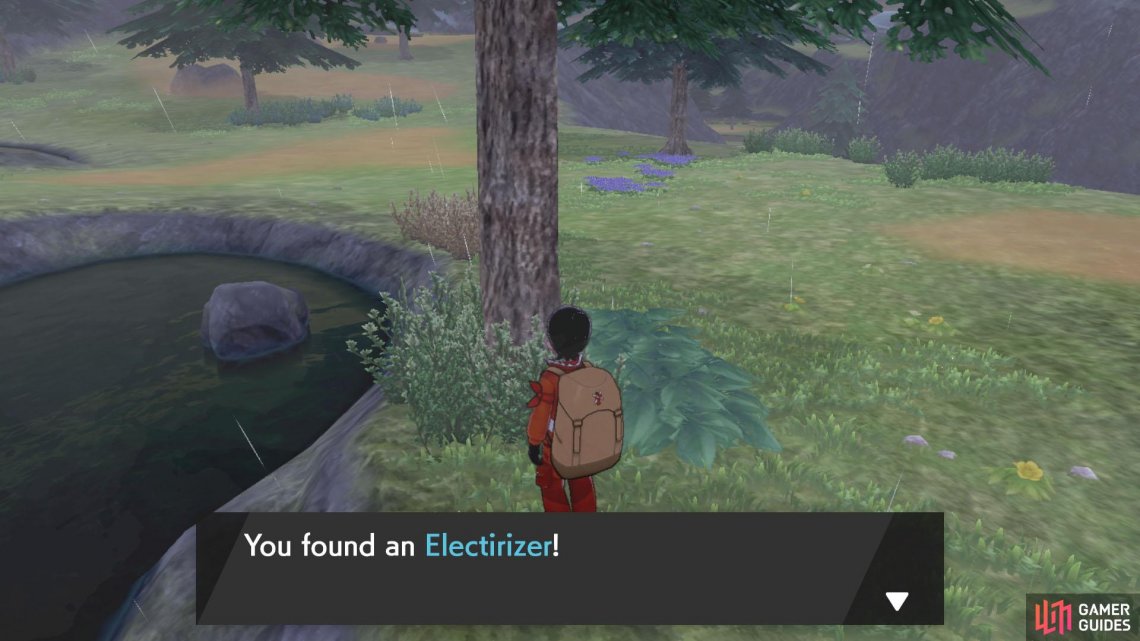 Trade an Electabuzz holding this to evolve it into Electivire.

These appear as sparkling spots all over the place, usually near trees, rocks and other objects. Please note that the hidden item you obtain may be different to what’s listed, as some items are randomised. Also, hidden items will respawn each day. 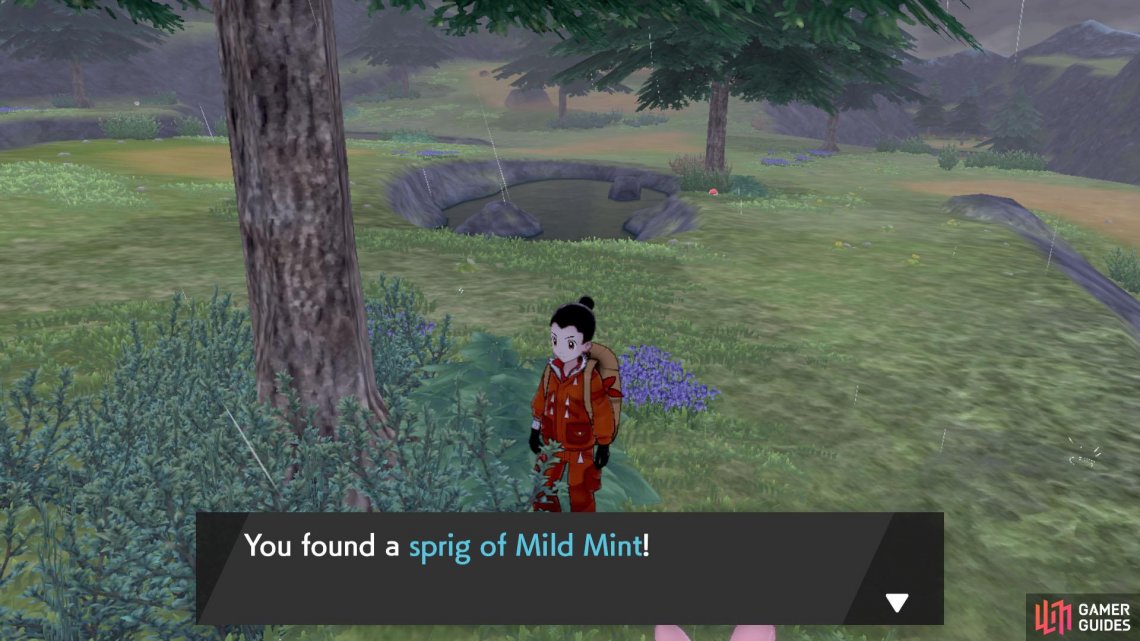 You can buy mints from the Battle Tower, but finding them here will save you a lot of BP.