Pokémon breeding can be very simple or very complicated depending on what you want to achieve. Firstly, breeding lets you create more of the same Pokémon. Handy if you want to share your starter Pokémon or version-exclusive Pokémon with other people. Secondly, it can be used to create truly exceptional Pokémon. 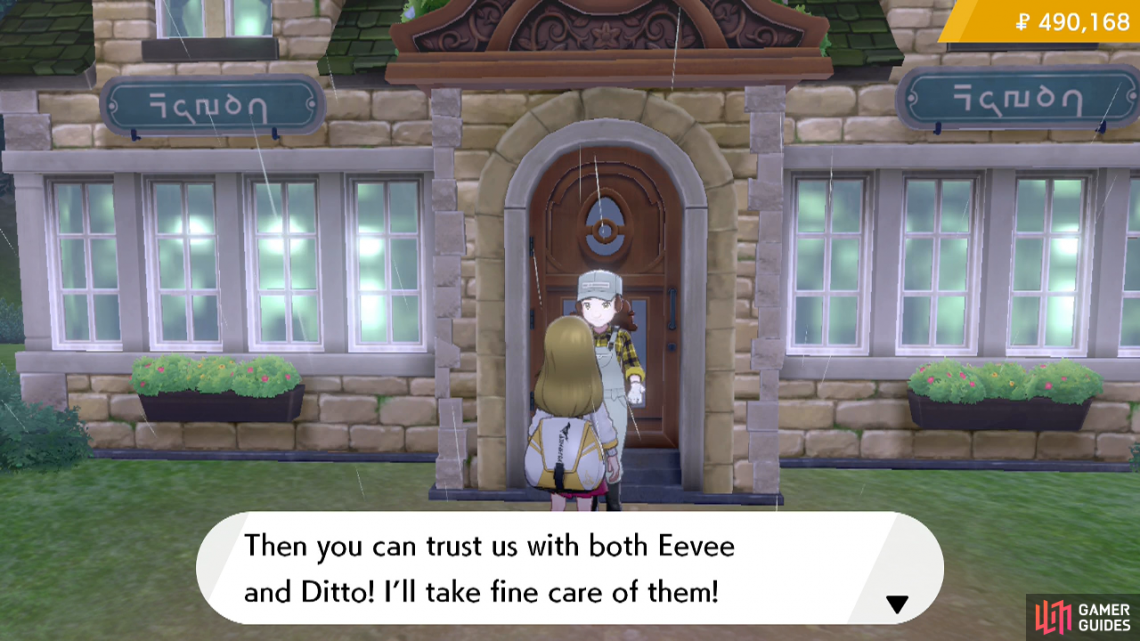 No matter the weather, the Pokémon Nursery is here for all you Pokémon Breeders!

Breeding can be done once you reach the Pokémon Nursery found in Route 3 or the one in Bridge Field, within the Wild Area. They both function the same, so use either (or both). When you speak to the nursery worker, you can leave up to two Pokémon in the nursery’s care, at the cost of 500 Poké Dollars per Pokémon.

These two Pokémon will breed if the following critera are met:

On the Right Track?

If you’re unsure, speak to the nursery owner and ask about your Pokémon. So long as she doesn’t say “the two prefer to play with other Pokémon more than with each other”, you’ve done it correctly. 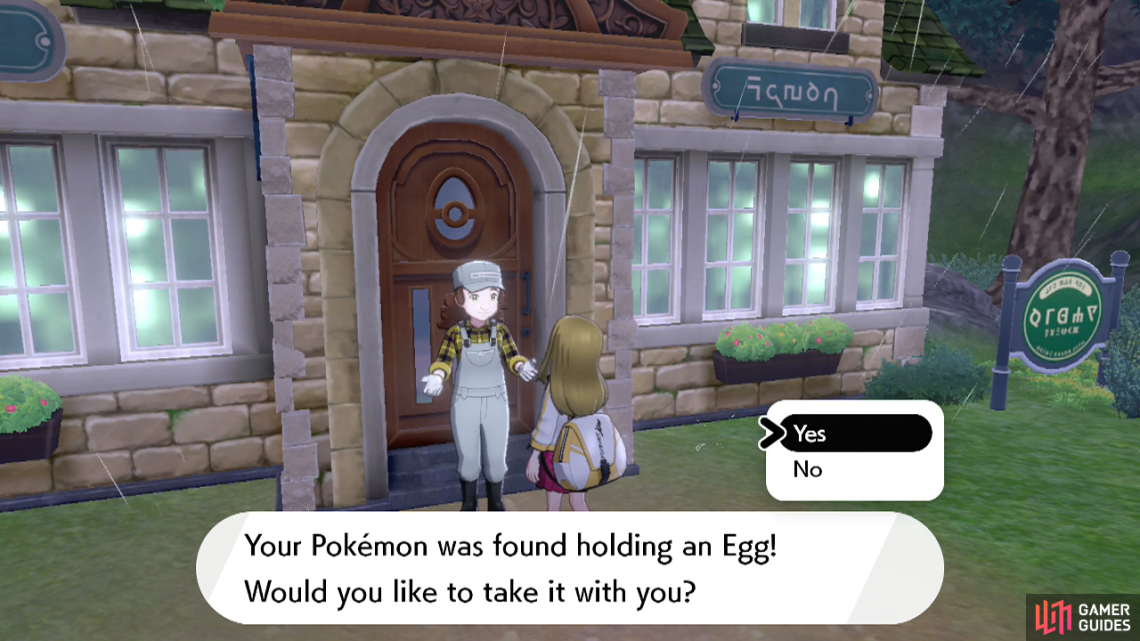 (1 of 2) Make sure not to press the B Button or you’ll lose your egg forever! 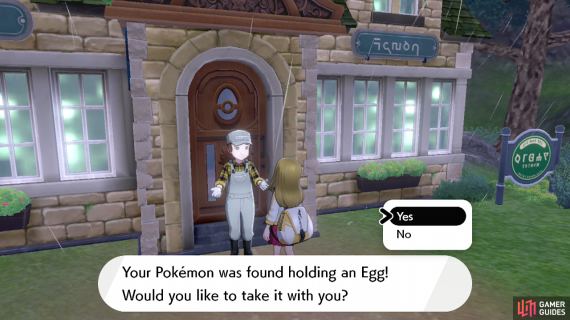 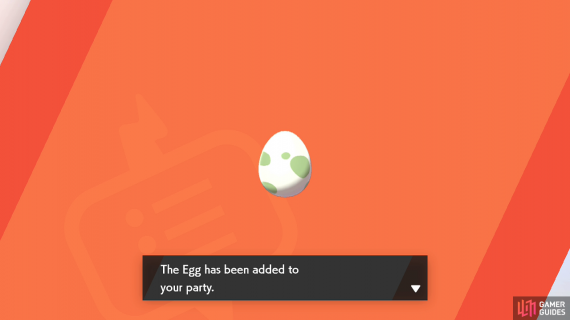 Make sure not to press the B Button or you’ll lose your egg forever! (left), By default, eggs will be sent to your party. Otherwise, they’ll go in your boxes. (right)

After dropping off your Pokémon, run around for a while. Eventually, if you speak to the nursery owner again (when she’s got her hand on her chin), she’ll ask if you want to receive a Pokémon Egg from her. Answer “yes”, unless you’ve changed your mind.

To increase the rate of getting eggs, you can breed two Pokémon of the same species and/or Pokémon with different trainer ID numbers. You can also obtain the Oval Charm from Morimoto in the hotel in Circhester after beating the game.

Once you’ve got an egg, simply keep it in your party and travel around. After a certain number of steps–the number of which depends on the Pokémon species–the egg will hatch. You can speed up the process if you have a party Pokémon with Flame Body, Magma Armor or Steam Engine. 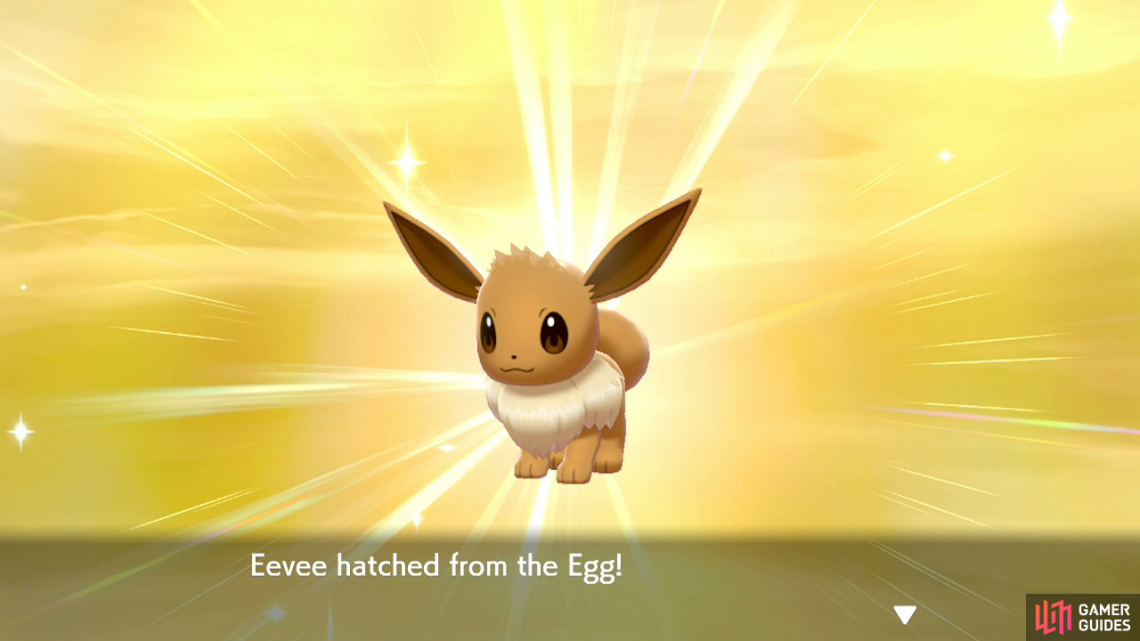 When breeding with a Ditto, the offspring will always be the non-Ditto species. Which begs the question: how do Ditto spawn?

The Pokémon that hatches from the egg will have the following properties:

What is not affected by breeding:

New to Sword and Shield, if you leave two Pokémon of the exact same species, the two Pokémon will share Egg Moves that they know with each other. However, they must have space to learn the move(s).

Also, the process isn’t instant. So you may have to run around for a while, before the Pokémon finish teaching each other their secret move(s).