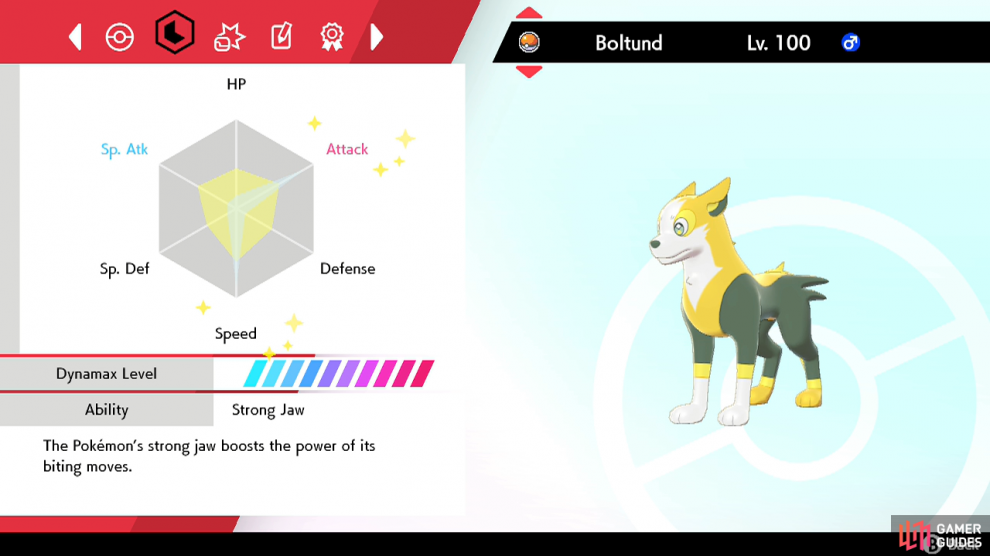 Press the X Button when checking a Pokémon’s stats to view their EVs.

If Individual Values represent a Pokémon’s natural talent, Effort Values (or EVs for short) reflect the hard work and training put in by the Pokémon.

In a similar manner to IVs, each Pokémon has an EV in each of the six key stats (HP through Speed). To begin with, EVs are set to 0 in all stats (although there are exceptions).

As your Pokémon battles and defeats other Pokémon, that Pokémon will gradually gain EVs depending on the species of Pokémon defeated. Weak Pokémon generally award 1 EV in a certain stat, while stronger ones can award 2 or even 3 EVs.

EVs can be gained at any time, even if a Pokémon is Level 100. However, EVs cannot be endlessly gained. Pokémon can gain a maximum of 252 EVs in a single stat and, on top of that, each Pokémon is restricted to a total of 510 EVs spread between all stats.

Like IVs, the term “EVs” is never used by the game; it’s just what fans used back in the days when there was no official term. As for the official term, it’s “base stats”, which is pretty confusing. Plus fans already use “base stats” for referring to a species’s stats.

Unlike Nature and IVs, it should be clear that EVs can be freely customised. Although, as with IVs, you don’t need to concern yourself with EVs during the main story, as their influence is hardly felt. Plus it would be a nightmare to manage your Pokémon’s EVs! Only after you’ve cleared the story, should you consider your plans.

At Level 100, a Pokémon gains 1 stat point for every 4 EVs accumulated (while at lower levels, the gain is proportionally smaller). Since a Pokémon can gain up to 252 EVs in one stat, that equates to a maximum stat boost of 63 in a single stat.

Before, we said a difference of 31 stat points was a big deal, so this is a big, BIG deal. Not to mention you’re allowed 510 total EVs, so you can have a second stat boosted by 63 points and a third stat boosted by 1 point (which is tiny, but better than nothing).

Needless to say, comparing a run-of-the-mill Pokémon taken from the main story that has a random Nature and IVs and unoptimised EVs with a hardcore trainer’s Pokémon that has a carefully selected Nature, the best IVs and optimised EVs is like looking at night and day! 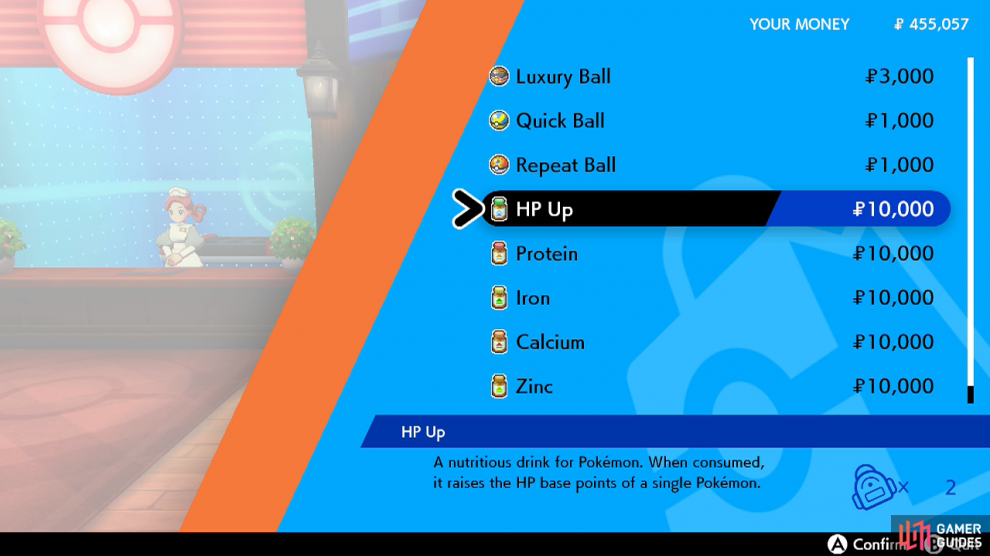 Alright, so we’ve hopefully sold you on EVs, but how exactly do you customise your Pokémon’s EVs? Is it even possible? Well, of course or we wouldn’t be here!

Oops, I Messed Up…

It happens! Perhaps you fudged the Maths slightly or did something that causes you to gain the wrong amount or type of EVs. Don’t worry, because there are certain berries that claim to “lower” a particular stat, which actually have the effect of removing 10 EVs from that stat.

These berries can be gotten from certain berry trees, like the three trees in a line between Bridge Field and Stony Wilderness. Or as a reward from Max Raid Battles. Unfortunately, there isn’t a way to grow more berries, like in previous games, so try to be careful!