The first time you boot up the game (with no save data present), you’ll be presented with a choice of in-game language. This includes English, various European languages, two options for Japanese, Korean and two options for Chinese. Obviously, you probably ought to pick the one you’re most familiar with. 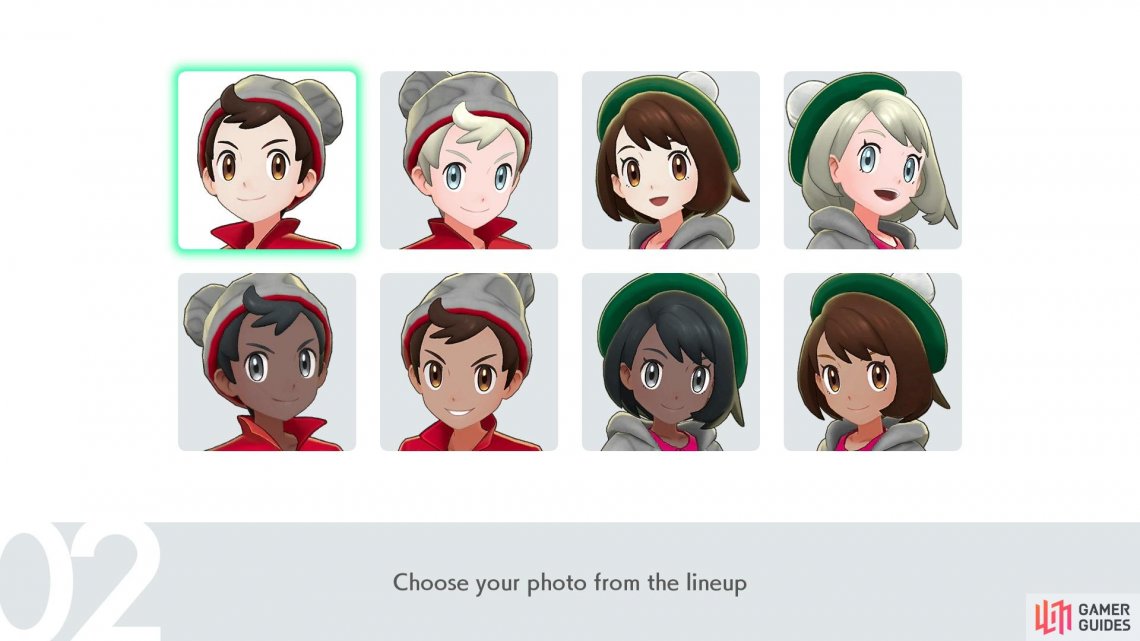 Alright, which of these mugs is you?

Next, the game will ask you for your character’s appearance. Similar to the previous games, Let’s Go Pikachu/Eevee, you can pick from 8 preset options. The main difference is gender: 4 of the options are guys (on the left side) and the other 4 are girls (on the right side). Otherwise, the skin tone, eye and hair colour differ.

During the course of the game, you can change your character’s eye and hair colour, so don’t fret too much about those. However, do be sure to pick the gender and skin tone that you want, because there’s no way to change these, shy of restarting the game.

Lastly, you’ll have to decide your character’s name. If you selected English as your language, you can enter up to 12 symbols. Conveniently, that’s enough space for “GamerGuides”, which is what we’ll pick for our character!

GamerGuides is here to make sure your adventure in Galar is as smooth as possible!

Are You Sure, Sure?

After this, the game will double check that you’re happy with your choices up to now. To re-iterate, your in-game language, character gender, skin tone and name can not be changed partway through the game. If you are OK with everything, your game will be saved and you’ll proceed to the obligatory introductory cutscene.

In a break from tradition, the very first face you see won’t be the region’s Professor figure. Instead, you’ll be watching a televised speech by Chairman Rose. We then learn that this is an opening speech for an exhibition match between the Galar region’s champion, Leon, and a challenger known as Raihan. The scene ends just as the battle is about to start.