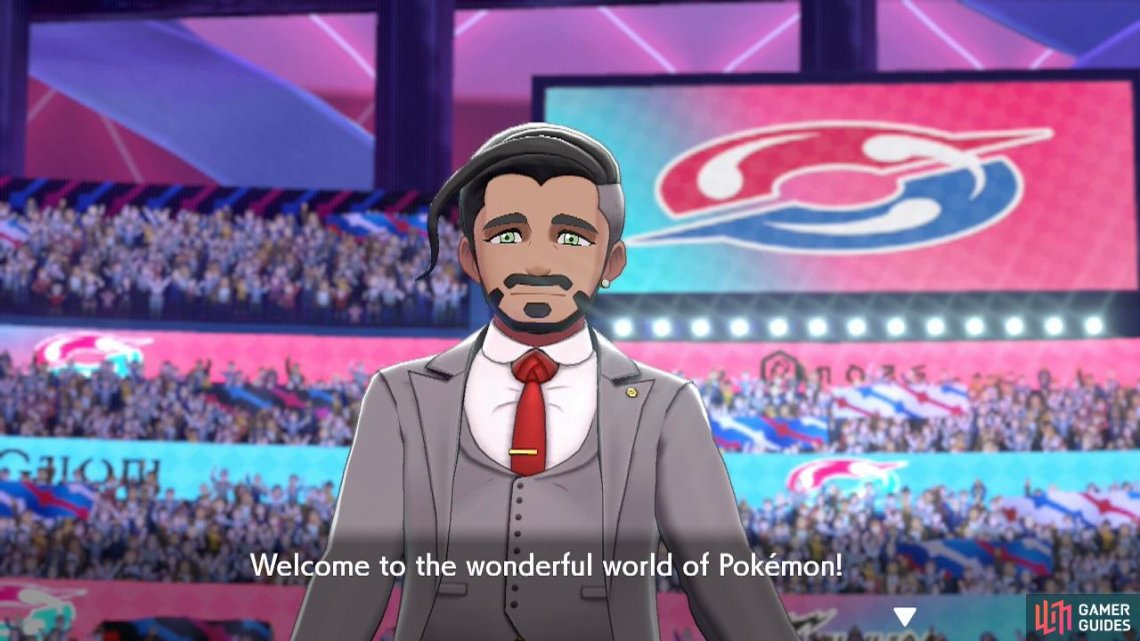 In case you didn’t know, “Pokémon” is short for “Pocket Monster(s)”.

The Pokémon world is a vast and wondrous place. But, despite its cute appearances, it can be a very dangerous place if you’re ill-prepared. Especially for newcomers, it’s important that you understand your own capabilities and that you’re familiar with the laws of the land.

Like always, you’re an average young teenager who leaves home on a journey to become the region’s number one Pokémon trainer. You can move around with the left analogue stick; the further you move the stick, the faster you’ll travel. In addition, you can interact with people or objects by pressing the A button (or alternatively, the ZL or ZR shoulder buttons).

Pokémon are mysterious creatures that you can befriend. With Pokémon by your side, you can defend yourself against the hostile wild Pokémon found all across Galar. Plus you’ll be able to battle other Pokémon trainers. You’ll receive your first Pokémon near the beginning of the game; from there, you’ll be responsible for catching new Pokémon to fill up your team.

This is a vast region inspired by Great Britain, which serves as the setting for your grand adventure. Similar to previous regions, Galar features many diverse locations, including tranquil countrysides, verdant forests, dusty caverns, vibrant cities and even snowy mountains. In general, these locations fall into two categories.

Town or City: These are places that are primarily inhabited by people and generally very safe places to be. You’ll usually find a Pokémon Center, where you can restore your Pokémon and stock up on supplies. Most towns and cities also have a Gym Stadium.

Route or Dungeon: These are places where wild Pokémon roam free. Very often, you’ll find other Pokémon trainers here, itching for a battle. Routes are paths that connect multiple locations (such as towns or dungeons or even other routes), while dungeons are more maze-like. 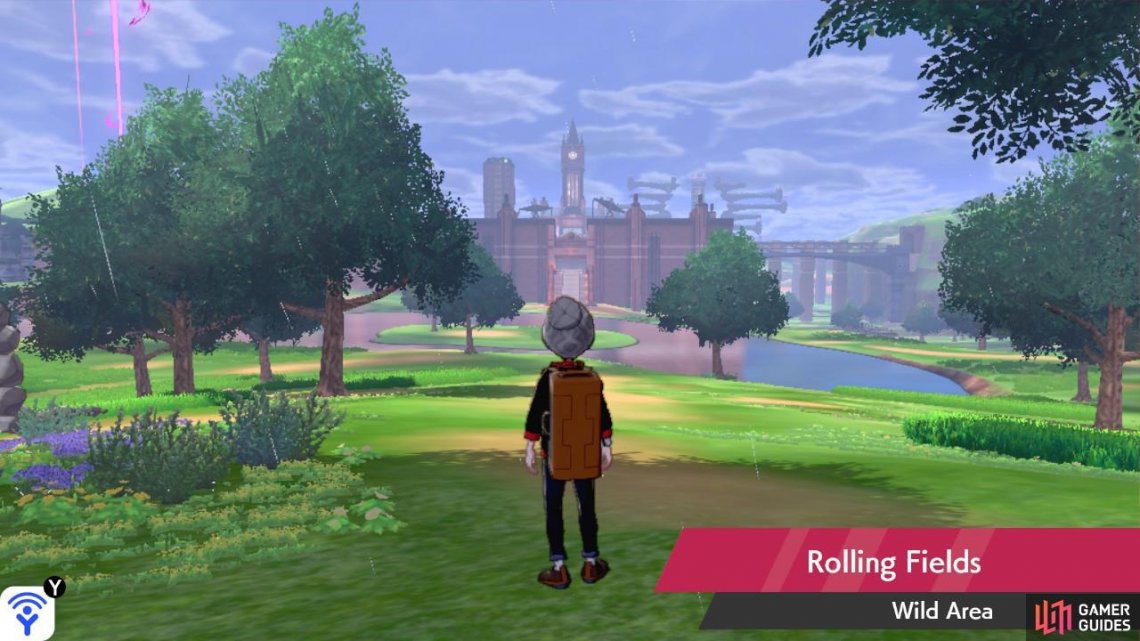 The Wild Area connects to two cities, as well as a train station.

Unique to Galar, there’s one location that doesn’t really fit in these categories: the Wild Area, which is situated in the very centre of the region. The Wild Area is much larger and open-ended than other locations in the game and it’s home to a massive variety of wild Pokémon. It’s also divided into multiple zones, each with varying weather conditions.

Pokémon battling is considered a serious sport in the Galar region. Comparable to, say, football. Anyone who possesses a Pokémon is called a “Pokémon trainer” and able to fight with their Pokémon partners. There are two methods of battling with Pokémon.

Firstly, you can battle Pokémon found in the wild. You can trigger a battle with wild Pokémon by bumping into them on the overworld (like in Let’s Go Pikachu/Eevee) or by running into a shaking bush among the tall grass (a bit like in older games). During such a battle, you can attempt to catch the wild Pokémon with your Poké Balls.

Secondly, you can battle other Pokémon trainers who are looking for a fight. It’s usually obvious who they are–they’re often standing off to the side or looking around in various directions. When one of these trainers see you or you speak to them, a battle will commence. You can’t catch other trainer’s Pokémon, so don’t try to be a Pokémon thief!

Regardless of method, the battle mechanics are the same. Battles are turn-based; each turn, you and your opponent both choose a move to execute. You win if you defeat all of the opposing Pokémon or you catch the wild Pokémon. Winning nets you experience points, making your Pokémon stronger. If you defeat a trainer, you’ll also earn some cash. 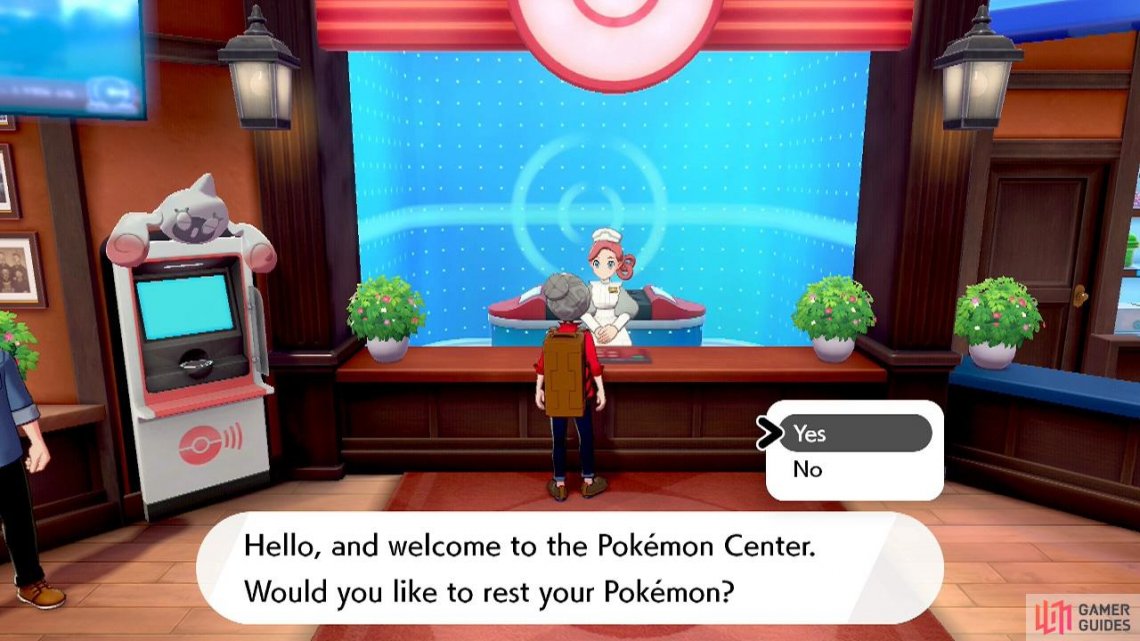 Pokémon Centers are like hospitals for Pokémon and, best of all, they’re free!

When you battle with your Pokémon, their HP and PP may go down and they may also be inflicted with status conditions. As their owner, it’s up to you to keep your Pokémon healthy for the fights ahead.

HP (Hit Points) represents your Pokémon’s health. Once a Pokémon’s HP falls to 0, it will faint and become unable to battle. If all of your Pokémon faint, you’ll lose the battle and return to the last Pokémon Center, with some of your money missing. HP can be restored by using Potions etc. or visiting a Pokémon Center.

PP (Power Points) dictate the number of times your Pokémon can use a particular move. Each move has its own PP value. Generally, the better the move, the less PP it has. Once a move reaches 0 PP, you obviously cannot use it anymore. PP can be restored with items such as Ether (but these are quite rare) or by visiting a Pokémon Center.

Status Conditions are negative effects that your Pokémon may receive from the opponent’s moves. Most status conditions persist after a battle, although some like confusion automatically disappear. You can cure your Pokémon’s status condition by using items like Antidotes or, again, by visiting a Pokémon Center.

Outside of battle, you can access the all-important Main Menu by tapping the X button. From here, you’ll be able to view your Pokédex, manage your Pokémon, check the items in your Bag and so forth. Note that some menu items may be locked until you’ve progressed through the game. By the way, you can re-order the icons on the Main Menu by pressing the Y Button.

When you first started the game, you should’ve been given the option to enable Auto-Save. This will automatically save your game at certain points, like when you transition between different areas.

That said, even if you have Auto-Save on, we strongly recommend manually saving the game via the Main Menu when you’ve made significant progress or need to take a break. Better to trust yourself than a machine!