You're creeping ever closer to the end of the game, with this being the penultimate story mission. The objective is to reach the Info Stockade via the main Eridium pipeline, but when you get there, the ladder breaks and you can't get onto the pipeline. The upside is that it seems the pipeline has cracked and Mordecai has an idea, so he sends you to a pumping station.

As you head towards the objective marker, you will really want to go a little farther east of it to find the entrance to the pumping station. Of course, it is guarded by Hyperion troops, mainly the Personnel and Loaders, so having a corrosive weapon is ideal here. When you've found the spot, there will be two valves there to turn, which will overload the pump.

You'll have to do this at two more pumping stations, with the second one being underground (there will be an elevator) and the third one being out in the open. After doing all of that, return to the pipeline with a vehicle, as per Mordecai's instructions, then use the ramp nearby to bust the one section of the pipeline open. Follow the pipeline and use the climb to get to the ladder, climbing it to be greeted by some more goons. Head around the corner and travel to Arid Nexus - Badlands.

At first, you'll be greeted by some Skags, which are nothing too hard to handle for the moment, unless you happen to get a Badass. In order to get to the objective marker, you're going to need to go through the town of Fyrestone, which has gone through quite a makeover since the first game. The only enemy you'll find inside of the town is JNK Loaders.

These enemies are similar to GUN Loaders, except they are simply put together by the junk throughout the area. This makes them quite easy to destroy, but their numbers more than make up for that. Don't let that fool you, though, as they can and might possibly down you once or twice. Fight through them and when you come out the other side, it looks like the coast is clear...

Until a giant Loader comes crashing down on the road above! This is Saturn and while it's technically not considered a boss, it might as well be one, since it can and will flatten you a few times. Saturn has four turrets mounted on its body, which shoot electrical blasts at you; two are located on the shoulders and the other two are located on either side of the hip area.

As for its other attacks, it can shoot missiles that home in on your location, as well as a laser beam of death and a stomp if you get too close. Outside of the turrets, which really aren't weak spots, Saturn doesn't have any critical hit targets and is immune to Slag. This makes Saturn one of the tougher enemies in the game and definitely insane to try and match it out in the open.

The bright thing to do is to use the bus station building that's right there as cover for this battle. If you hide in the little shack that's connected to the main building, a majority of the attacks won't be able to hit you. Note that it may be possible that Saturn's attacks will hit you in here, though, so always keep an eye on your health/shield to make sure you're not getting bombarded.

Upon finishing Saturn, head to the end of the bridge/road and you'll find an elevator that will bring you on top of it. Follow it to the main building, fighting off the Loaders that drop in, as well as the Badass Constructor. If you're having trouble with the latter, it can't hit you at all from the respawn station, so shooting it with a sniper rifle will make it a slow and easy fight.

Getting to the terminal inside of the Info Stockade to find the location of The Warrior isn't go to be easy, since you kind of figured that Jack would have it guarded quite well. There will be plenty of Loaders and Hyperion Personnel in the way and it's a good idea to clear them out before downloading the data at the terminal.

Once the data has been finished downloading, grab the device and you can head back to Sanctuary. Note that upon leaving here, two Constructors will spawn on the upper level, but you don't have to fight them, as you can just drop down and return to the fast travel station. If you want to, however, staying inside of the building and using the walls as cover will make them easy to put down. 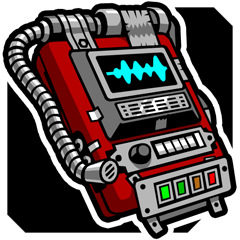 Knowing Is Half The Battle