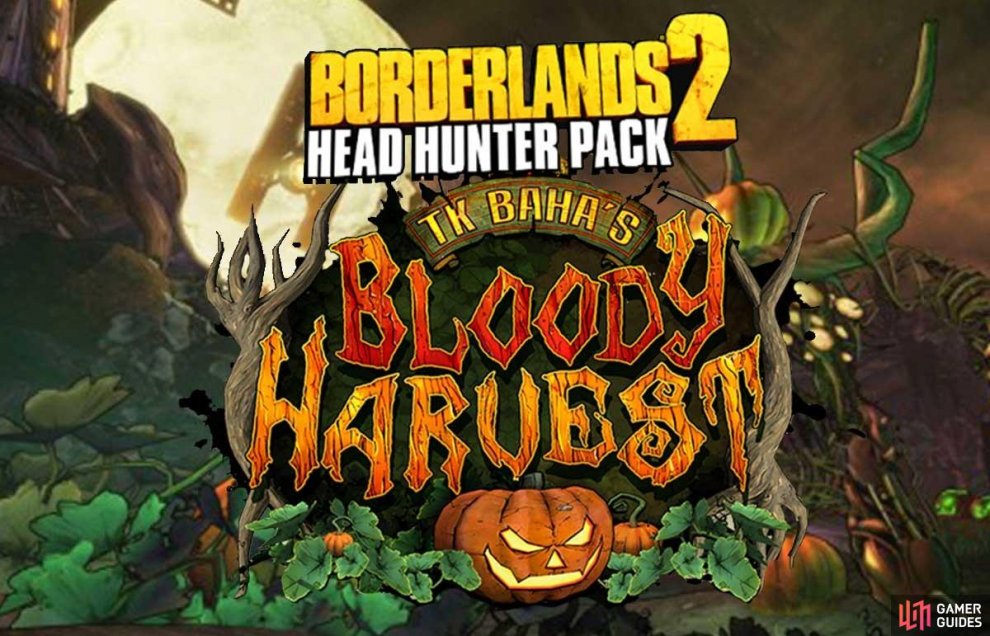 T.K. Baha’s Bloody Harvest is a Halloween-themed DLC pack for Borderlands 2 and the first of the Headhunter DLCs for the game, out of a total of five. These are smaller bite-sized DLCs that don’t offer as much content as the four story-based ones. It was initially released on October 22, 2013 and is set in an area called Hallowed Hollow. There is only a single story mission, as well as one optional mission, but there is also a secret boss that can be fought ( Clark the Combusted Cryptkeeper ).

Kind of similar to the Cocktails you can buy at Moxxi’s Bar in the main story, there are pieces of candy that give your character temporary buffs which drop from enemies. They are all color-coded and there’s only four of them. Cherry Power Bomb (red) increases damage, Green Apple Rock Candy (green) increases health regeneration, Hypersonic Lemon Fizz (yellow) increases both movement and reload speed, and Fruit Punch "Supplies" (blue) will increase both ammo regeneration and knockback.