Note: This mission is split into two parts in the actual game, but since the second part is extremely short, they have been combined into one mission in this guide.

Head over to where Claptrap is located and try to convince to go to Thousand Cuts with you...only he agrees right away! Fast travel to Thousand Cuts and go through the bandit base, taking the other path you can find through Bloody Knuckle Point. This will eventually lead to the first barrier, where you'll find Claptrap waiting for you. Make sure you don't touch the barrier, as it will instantly kill you.

With the barrier down, continue on the path and you'll find Loaders, Hyperion Personnel (Soldiers are one of them) and Surveyors in your way. At the top of the hill, a Constructor will show up and begin being a huge pain in the butt, so hopefully you can take it out quick. Remember those mortar rounds from when you were escaping with Brick earlier?

They are back, so keep an eye on the ground and avoid the red circles when they appear. When you reach the gate, you'll have to deal with two turrets on the walls. Approach the gate and it will open, revealing even more enemies to fight. Keep on fighting through the parade of enemies, which will include a Badass Constructor, until you manage to make it to the marker, that happens to be the travel point to The Bunker.

The fight begins pretty much once you set foot in the area, with Brick's Buzzards helping out. The bad thing is that they are getting destroyed by the Auto Cannons in the area, and Brick wants you to destroy them for him. There's a total of 11 Auto Cannons and once you destroy the first, Loaders will start spawning into the area. After a few more, there will be lasers that sweep across the ground, both in the middle section and the outer ring. Destroy all 11 Cannons and it's time for a boss fight!

It seems that the bunker wasn't a place, but really a large ship that guards the entrance to Angel's location. It will fly around for a certain period of time, then "park" itself in a spot and start attacking you. It has a large turret on top, as well as some smaller ones placed near the front and underneath; they can all be destroyed, but they will regenerate the next time the boss comes around.

The big turret can charge up and shoot a big laser shot at you, and BNK3R itself can fire a volley of missiles. As the fight goes on, it will fire mortar shots as it's coming in to begin its attack, so watch out for the marked sections on the ground. With it being a machine, corrosive is the best option to use against the boss, and it also has a lot of critical hit targets on the front with the red eyes, similar to a Loader.

Once you finish off BNK3R, it will fly to a certain spot on the map and spit out a bunch of loot. Feel free to browse and when you're ready, find the entrance to Angel's chambers underneath the main platform. Use the elevator and follow the linear path to finally get to Angel's room, where you find out that she's a Siren!

Angel wants you to destroy the Eridium injectors connected to the main chamber, but they are invincible at the beginning, plus Jack wants you to have nothing to do with them. Not only does he put a shield around each of the three injectors, he also starts sending in Loaders, with there being an exclusive one to this battle, the Angelic Guard. Not only can't you shoot off their limbs, but they can fire a laser beam from their eye and are pretty sturdy.

The only thing you can do at the beginning of the battle is to kill the Loaders as they appear. You also want to be on the lookout for the turrets that spawn on the central chamber. Eventually, Roland will show up and help out, with his job consisting of disabling the shields around the injectors, one at a time. Whenever he manages to do this, he will shout it and that's your chance to destroy that particular one.

Not far into the battle, pillars will rise up around the arena that emit an electrical charge. You can blow them up, which is a good idea since they don't respawn. Once you're finished, you can turn in Part 1 to Roland and then the second portion of the mission will begin, with some unfortunate events happening. After everything's finished, you'll be back in Sanctuary, in a back room at Marcus' place. Feel free to loot everything you see, then exit and head to Mordecai to turn in the mission. 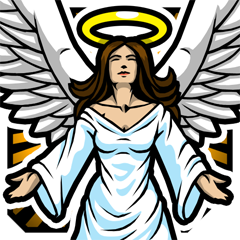 Completed the mission "Where Angels Fear To Tread"