The Sandskif station is location out of town, to the north. You'll see the shacks, and your skif is sat there, glowing green. Hop in.

Whoops. Time for a scavenger hunt.

Four people to talk to. Let's start with Lionel, he's furthest away to the east of your current location. He's sat 'above' the sands, seemingly holding a massive fishing rod. 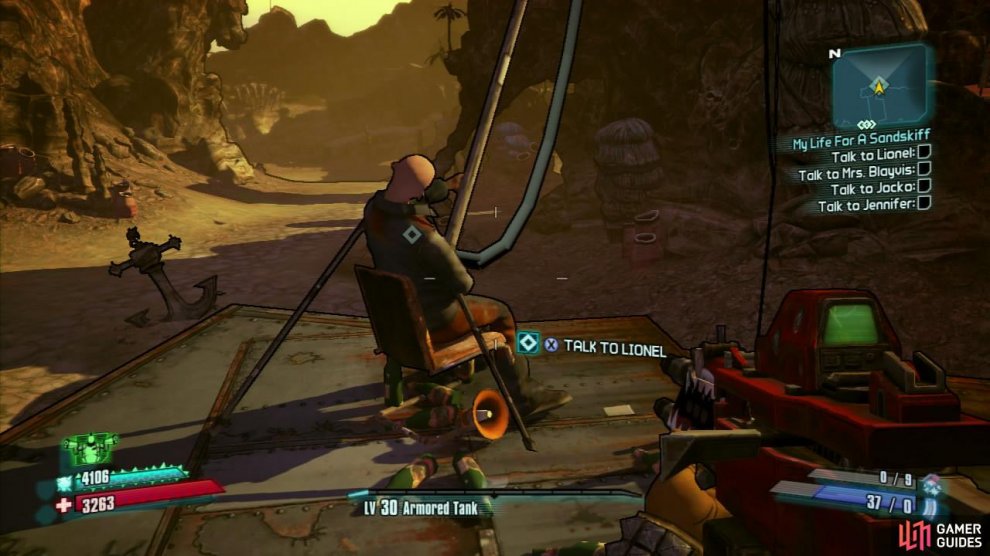 Give Lionel a click and he's have a chat. Next, hop off and try to click on his rod. Before you can claim your prize, a hungry sand worm will chomp it and you'll then have to fend off against the hungry eels. Head towards the northern waypoint to deal with the worm that stole your engine capacitor.

This family of enemies is derivative of the Threshers in the main campaign. They are resistant to poison damage, as they will spew out globs of acid themselves, so focus on other elements, such as fire, and shoot at their mouths from a distance, employing some basic circle strafing techniques.

The Sand Worm queen should be the focus of your attacks, but watch out for her wiggly babies that will sprout up around you. Just focus on moving around the queen in a wide circle and you should be fine. Once dead, grab the Engine capacitor.

Head back to Oasis to find the other three waypoints. Mrs Blayvis is to the north of the town square (circle), once talking to her you'll activate the waypoint for the coolant dispenser. Simply hop onto the nearby wreckage to grab it from the front seat. 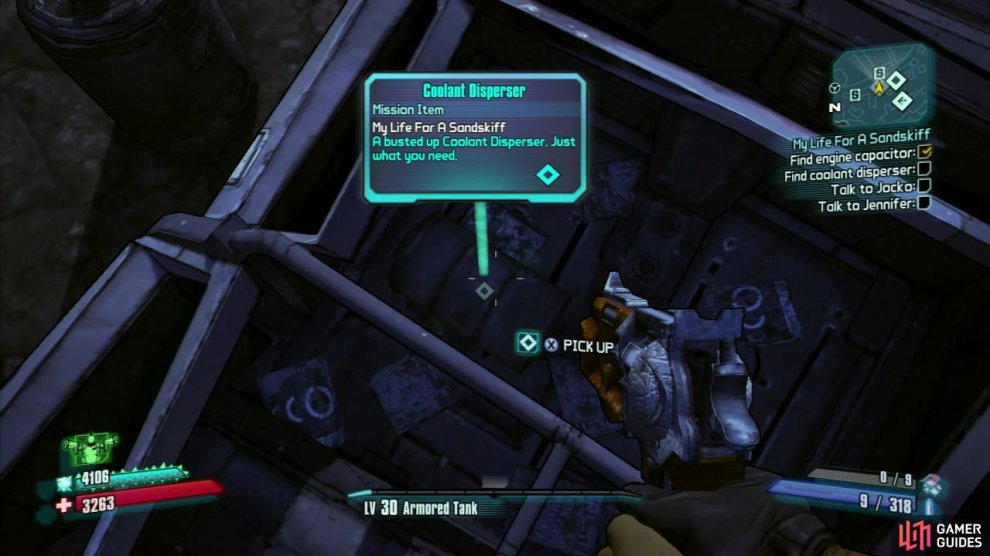 Jacko is to the south. Talk to him to activate the pressure regulator, which is up above you. To reach the roof simply head back towards the entrance of Oasis and then turn left just before passing under the 'Pierfest' sign. There's a ramp here, climb it, then leap to the ladder opposite. From here you're once jump away from the Sandskif part.

Jennifer is last, found to the west of the square. Talk to her and the final item will appear under her bed. Duck and grab it.

With all the items in hand head back to the sandskif and pop each piece into place before scanning the skif into the catch-a-ride system. Huzzah, your ride is working again. Head back for one last word with Shade before we leave to complete the mission.