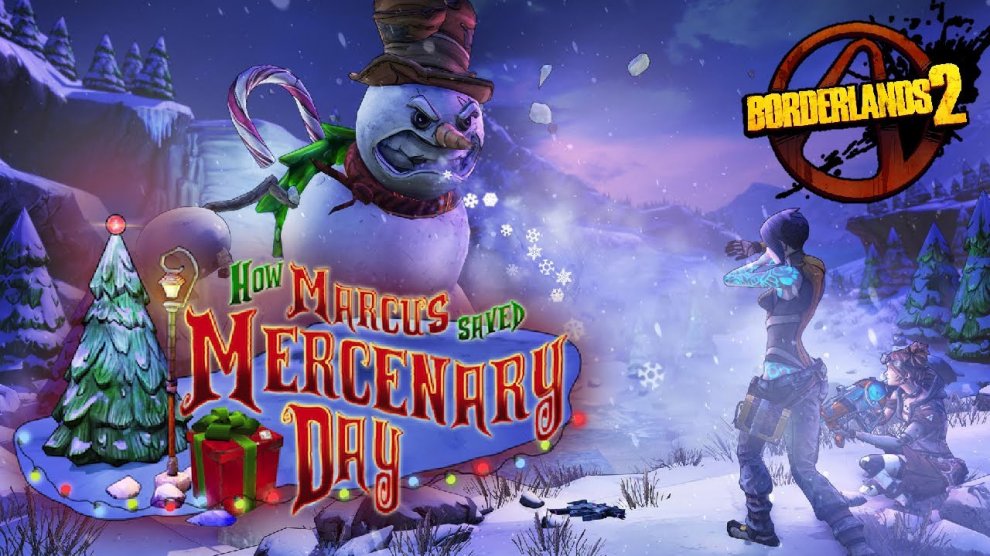 As the third Headhunter pack that came out, How Marcus Saved Mercenary Day is a Christmas-themed DLC that was originally released on December 17, 2013. There are only two missions available, one for the main story and another that is optional, all of which takes place in an area called Frost Bottom. The Vault Hunters are hired by Marcus to investigate what happened to his train full of guns.