To begin playing the Sir Hammerlock DLC, set your fast travel to the Hunter's Grotto. Hammerlock will welcome you to the area, and then it's on to the murder.

Before we start, a little warning. This DLC is short, but it can also be tricky. The enemies you'll fight are new and relentless, with each new foe having some sort of punishing quirk about them, far more-so than you'll have seen before. Make sure you're packing a weapon set you're comfortable with, and make sure it's a varied set. We don't particularly need a sniper, or a shotgun, but a nice spread of armaments and elements will do you well.

Right, we need to find Sir Hammerlock. Look right and leap from this cliff. Welcome to the DLC, Vault Hunter.

Hammerlock is located to the east. If you head straight for the waypoint, you'll hit a rockface. We need to head to the left, under a bridge, then about face and head through the open industrial doors. Hammerlock is perched on a crate ahead, talk to him. 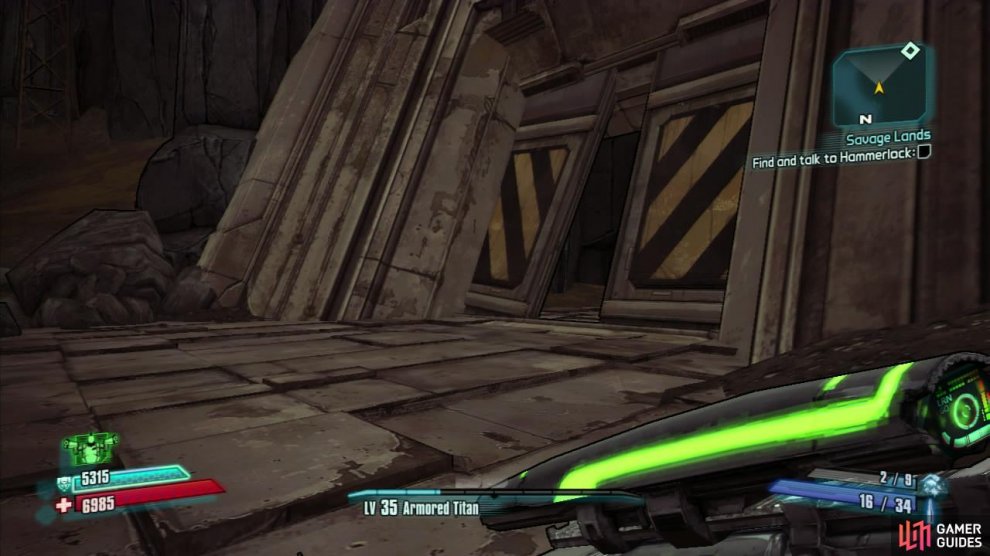 Time to follow. Hammerlock will head up some stairs and hand a right. Sure enough, that cabin is our objective. Head towards it, however, and you'll be set upon by savages!

The savages come in the expected variants, melee fighter and ranged, but they are mighty cunning. Their warriors carry shields that are impenetrable to bullets, forcing you to abuse explosives or aim for what minimal flesh is exposed. Elsewhere their spear chuckers will deal a lot of damage to any vault hunter, and should be avoided.

The Witch Doctors are the real nuisance, however. These enemies are able to heal themselves, throw powerful projectiles, and even 'buff' their fellow savages, levelling them up! A witchdoctor should always be a priority target as leaving them standing can make a fight rather tough as their minions begin to reach obnoxious levels.

Hammerlock will help you with this scrap so use it as a chance to warm up to fighting savages, we'll be doing a lot of it. Funnel the warriors onto the bridge to deal with them and once the attack seems calm, head into the cabin to start the second wave. Deal with the witch doctor as soon as possible (spam grenades), and then mop up the stragglers. If you're struggling consider that you have multiple entrances to the cabin, use them all to attack your enemy's blind side.

With all the enemies done for follow Hammerlock's instructions until you're taken down to the river. 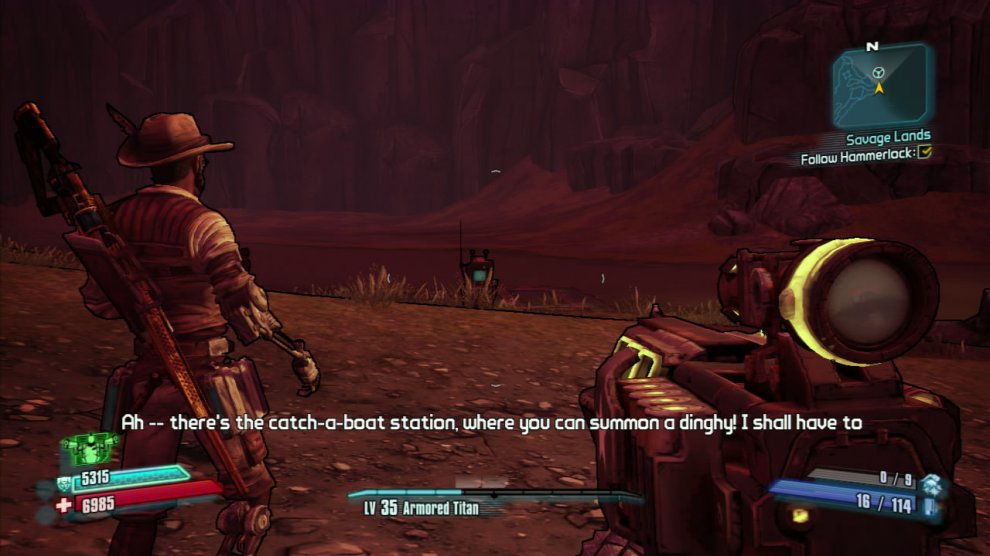 Here you'll be set upon by yet more savages. Your objective is to defend Hammerlock but you should know that he can't die. With this knowledge in mind, try to use the ramp and rocks to the left for cover as you attack the encroaching enemies and, as before, single out witch doctor's for immediate execution.

With these savages roasted the mission is done, so speak to Hammerlock.