To engage the Mr Torgue’s Campaign of Carnage DLC you need to travel to the 'Badass Crater of Badassitude'. Upon arrival you’ll have an introduction by the man himself, interrupting the prudish Tannis with his 'unique' personality.

Your first task, then, is to register for Mr Torgue’s upcoming tournament. Simply follow the path forward, down a ramp, and before you pass out into the environment properly, the console you need to use is just to the left. 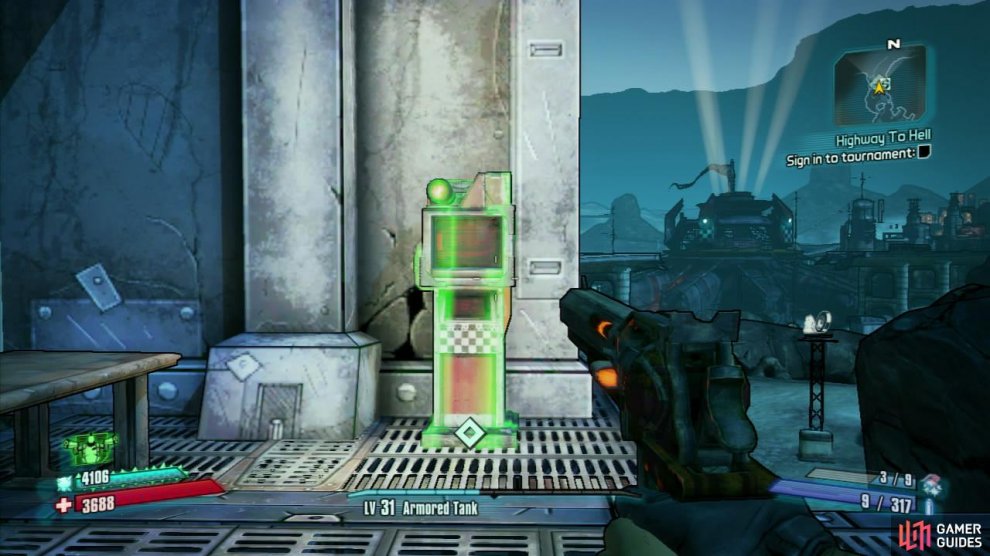 Again, unique personality. We’re heading towards the arena, which is the huge construction in the centre of the crater. You’re heading to its west side. Grab a car from the catch-a-ride to the right of the exit, if you wish. It’ll make the ensuing encounters that much easier, and you can use the ramp like a ahem badass.

Just keep following the waypoints and you’ll come to a small outpost inhabited by Pete’s minions.

All of these foes are copied from the psycho line, the same as the pirates from the Captain Scarlet DLC. There’s truly very little that helps these enemies standout, so just treat them as normal psycho foes.

Either use the buildings for cover, or stay in your car and decimate these few groups of enemies, they shouldn’t present much of an issue. Deal with them, and then roll over towards the arena to meet your sponsor.