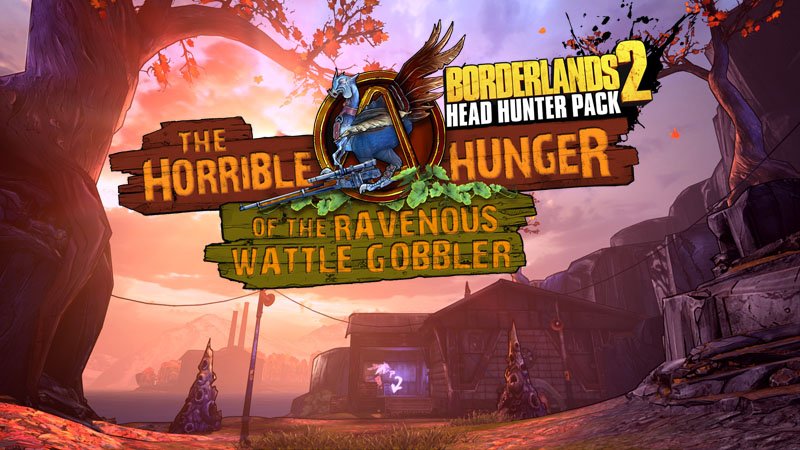 The Horrible Hunger of the Ravenous Wattle Gobbler is the second of five Headhunter packs, and is a Thanksgiving-themed DLC for Borderlands 2. It was originally released on November 26, 2013 and takes place in an area called Gluttony Gulch. Similar to the other Headhunter packs, there is only a single story mission, as well as one optional mission. The Vault Hunters are invited to Torgue's Hunger for Violence Extravaganza, and join in on his plan to try and eat the invincible Wattle Gobbler.