This character is found in another new area – the Rustyards. To get here ride east. We’re going to have to fight through a rather large compound, so you’ll be out of your car quite far away from the waypoint. The lever for the door is in a little raised area to its right; nothing too tricky… Either deal with these enemies or run past them, either way you’ll end up in The Rustyards.

In The Rustyards we’re heading to the left, and it won’t be long before we meet the Anchorman.

This hardy foe is a hulking, armoured chap wielding a huge anchor. He has formidable range and is capable of pulling you to him with his anchor – scary. Focus on using acid damage and use scenery to your advantage, forcing the Anchorman to keep a feed on you, rather than letting him pull you into enemy fire.

Follow the path to the left, fighting through the shanty villages as you go. This area is more cluttered than before, so more aggressive tactics are certainly the order of the day. A strong shotgun will go far, as will seeking grenades. 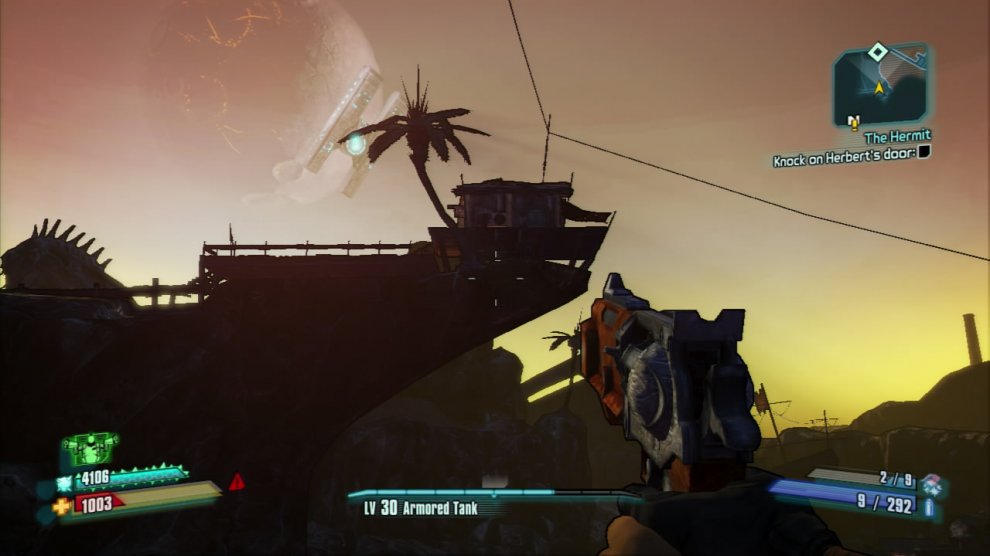 After crossing the rickety bridge and dealing with some spiderants, take the lift on the anchor and you’ll see the Hermit’s house sitting across from you on a lonely outcrop. Simply run round and talk to the chap to end the mission.