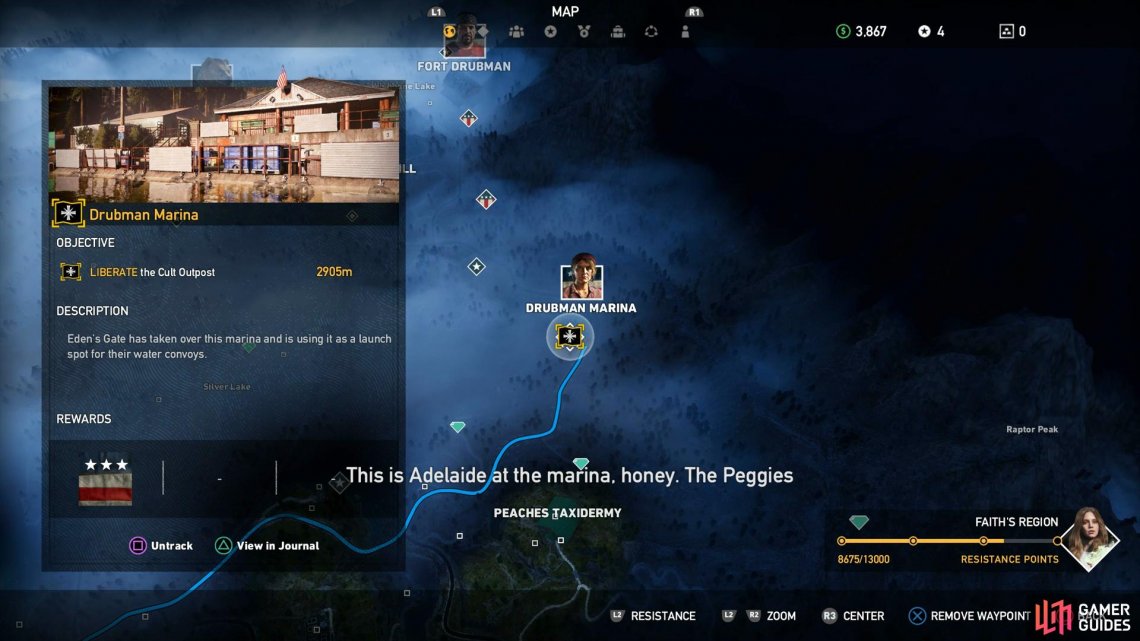 (1 of 2) The Marina is located north of Peaches Taxidermy 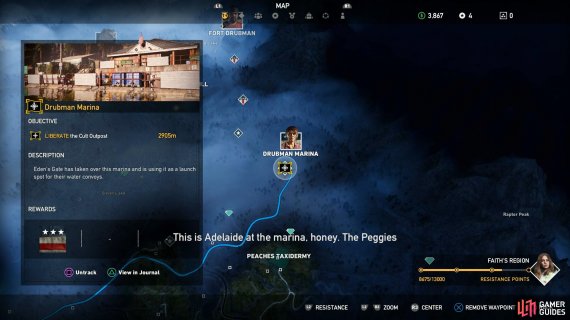 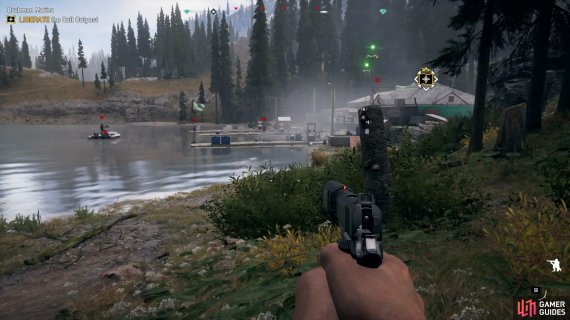 The Marina is located north of Peaches Taxidermy (left), this Outpost features a patrolling boat. (right)

You’ll find Drubman Marina in the northeast area of the Henbane River, just north of Peaches Taxidermy. You’ll want to carefully begin your approach from the south of the Marina along the river.

Take the binoculars out once you get a good vantage point and survey the area. You’ll see at least four cultists in the compound with one of them being a Marksman on a roof and another two more in a boat that patrols the area along with two alarms. The boat makes doing this Outpost undetected very difficult.

From this small rock here, you can snipe the mounted gunner of the boat while its away from the harbour and then wait for the other to get off and search around your location to perform a takedown. Although it may appear that the guards are on alert, you’re still undetected. 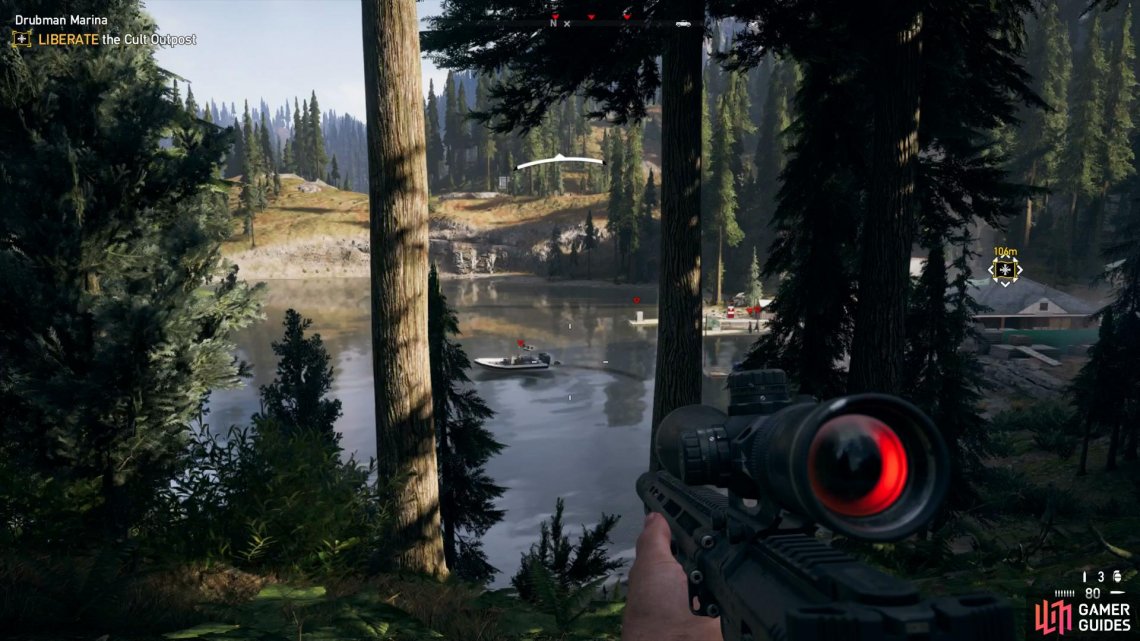 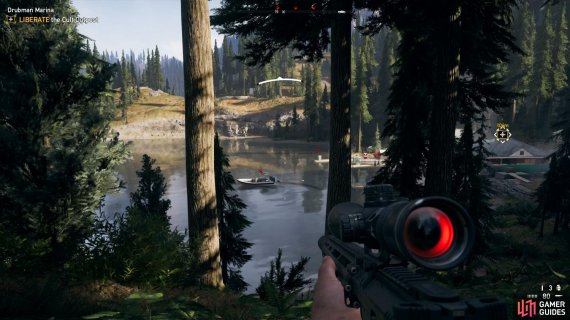 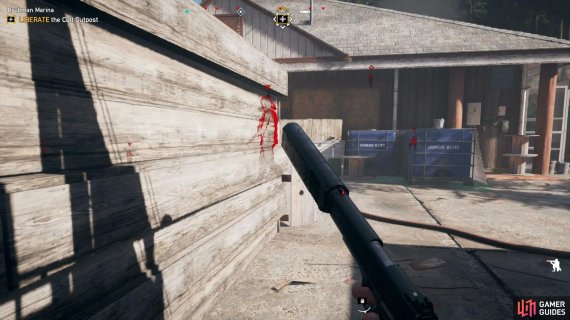 Snipe the gunner on the boat and draw the other to your location for an easy takedown (left), the first patrol is right near the entrance. (right)

Now approach the Marina from the south side and you’ll find an entrance into the courtyard along with the first patrolling cultist walking past for you to takedown. Continue along the back (making sure the Marksman doesn’t spot you) and then carefully go around the corner to find another cultist to dispatch. Quickly grab this body and hide it the way you came from.

Head back into the open again and this time turn right and head towards the entrance of the Marina to find a cultist with his back to you, take him out and leave the body behind the cover nearby. Next up, go to the building where the Marksman is and climb the ladder when he’s not looking. Take him out and throw the body back down where the ladder was. If the body is spotted, before you’re detected jump down and hide behind the box and let them pass.

You’ll be left with three cultists near the dock and one in the centre. Get up behind the cultist near the centre and take him out and then sneak over to the lone cultist on one of the docks and kill him too. For the final two cultists, wait until they separate and pick them off one by one to clear the Outpost. 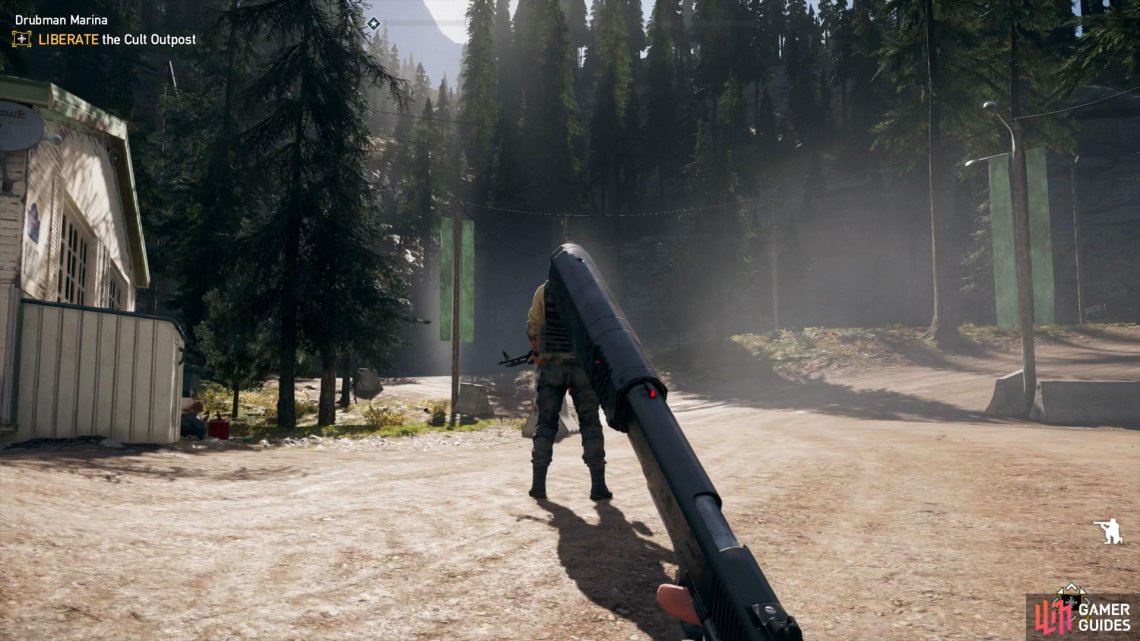 (1 of 2) Don’t forget the cultist near the entrance 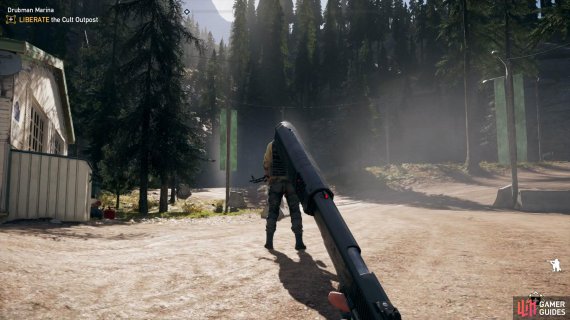 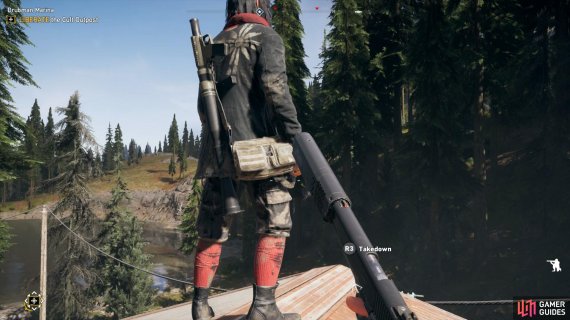 Don’t forget the cultist near the entrance (left), either takedown or snipe this Marksman. (right)