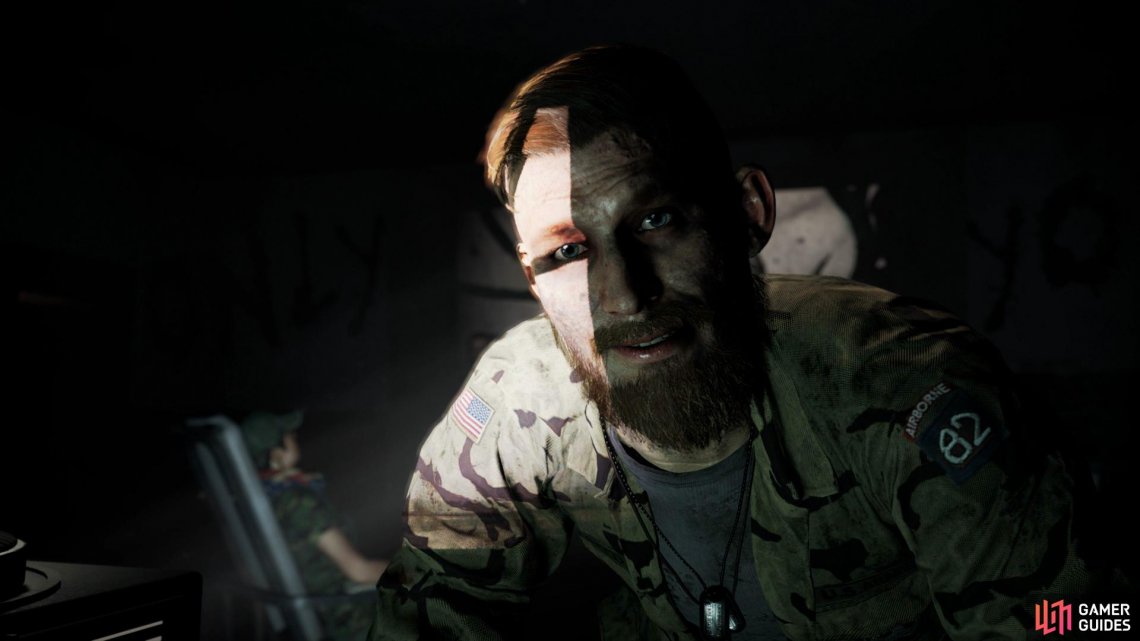 After you approach Resistance Level 2 in the Whitetail Mountains, you’ll be informed that Jacob has sent his capture parties out to get you. This can’t be avoided so wait for the capture parties to find and then capture you.

You’ll awake to find yourself in an unfamiliar place, strapped to a chair. After Jacob has introduced himself, he’ll play some music and you’ll slip into a trance.

Kill the final target before time runs out [00:45]

Jacob has placed you into a lucid dream and you’ll have no choice but to comply with the rules. You will have to proceed through a shooting gallery of sorts, taking out enemies along the way. For each enemy killed you’ll be awarded an additional 4 seconds and 6 if it’s a headshot. If you’re quick, the extra 2 seconds from headshots don’t make that much of a difference.

Start with taking the magnum off the table and taking out the first two enemies before heading through the door and picking up the SMG. The next room will have two enemies right in front of you followed by another two on the raised platforms to your left.

Continue forward and pick up the M133 Shotgun in the next hallway. Take a right twice and blast away the first enemy coming your way from the right before turning around and heading to the end to shoot another around the next corner. Finally, turn around once more and take the next right, following it to the last enemy just before you can pick up the assault rifle.

You’ll be in an open area here, if you take damage don’t be afraid to hide behind cover and choose your shots more carefully.There are five enemies here, the first two are in the middle to either side, followed by two more either side at the back and one in the middle. 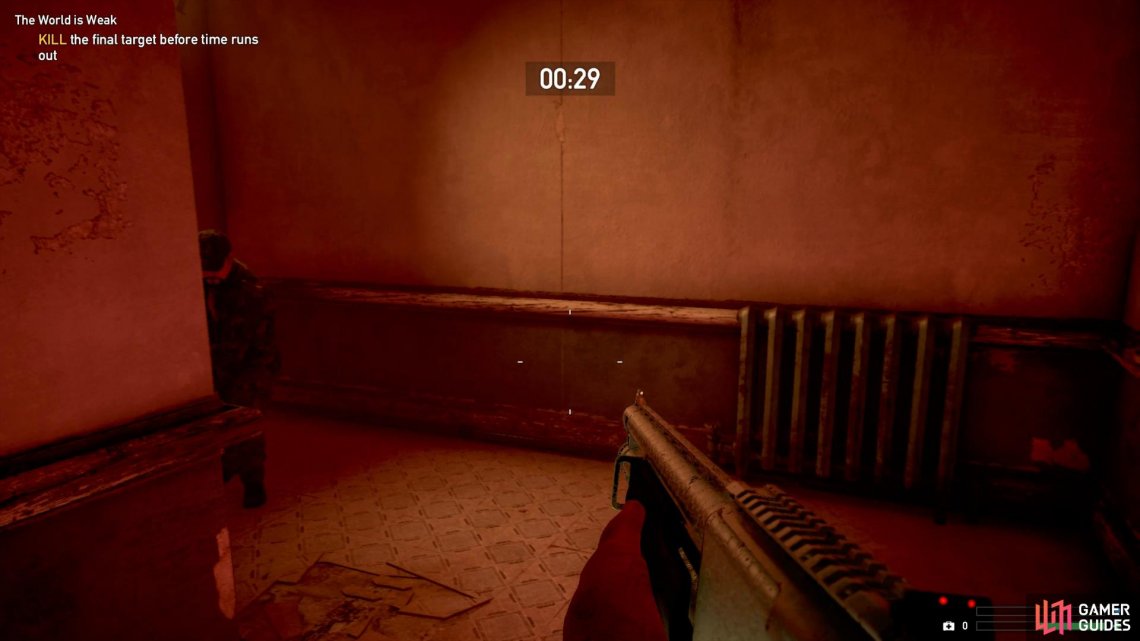 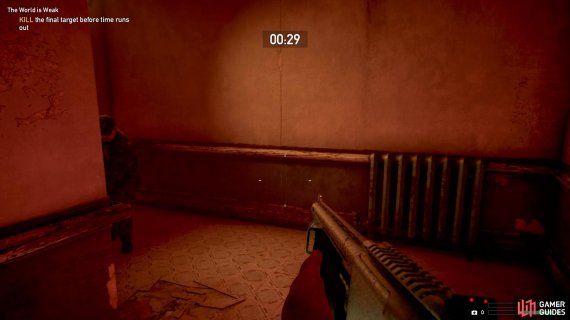 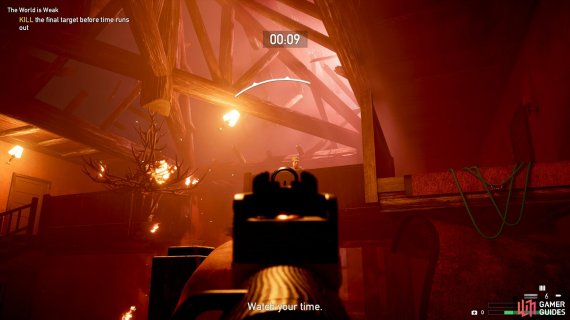 Watch out for the enemy getting the jump on you from around corners (left), the last two enemies are hiding behind the cover up top. (right)

Pick up the MP-5 in the next hallway and enter the final room. This room is similar to the second room with more jumps that must be made. The first enemy is up on your left as soon as you enter, kill him and climb to your right and shoot the next two ahead of you to the left and right. Continue to jump across the gaps and over to the ramp leading down to exit this sequenece.