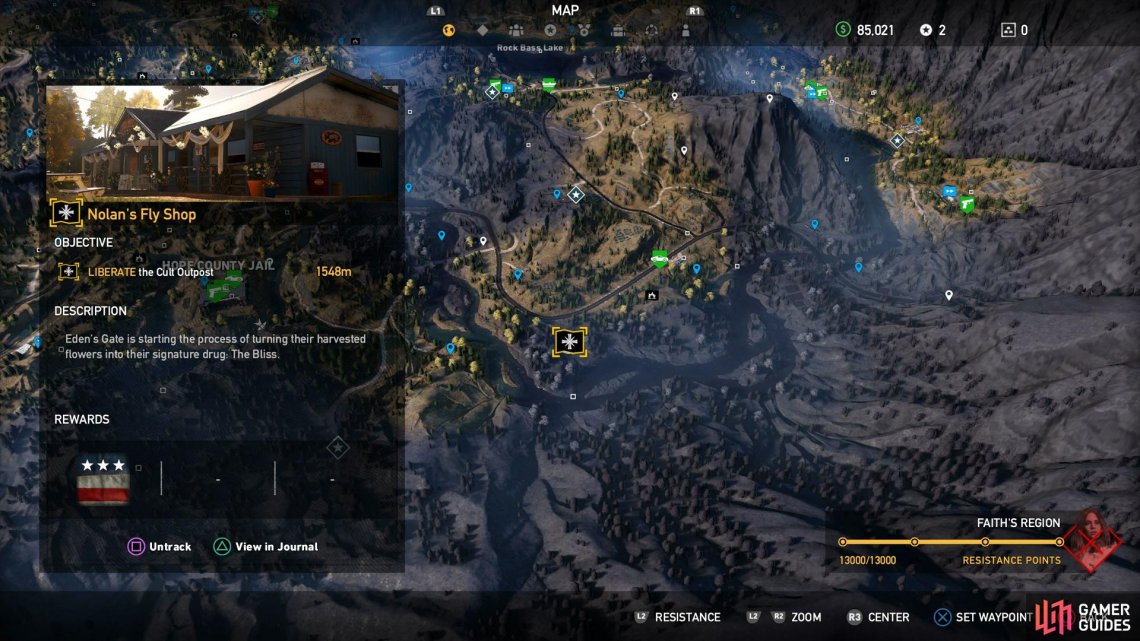 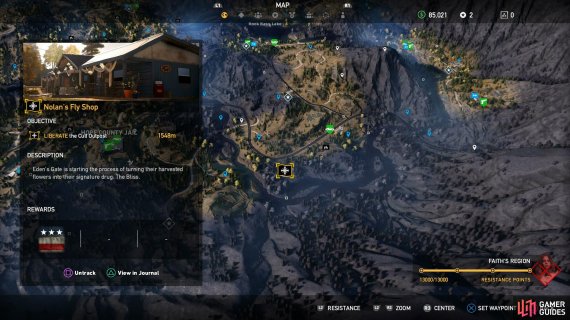 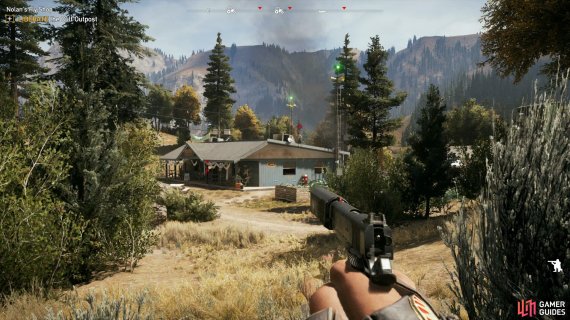 Travel west from Hope County Jail to locate Nolan’s Fly Shop. Begin the approach from the west of the Outpost where you’ll be able to tag most of the Cultists with the Binoculars. Start by waiting for a Cultist to lean against some crates and take him out when the Marksman isn’t looking. You’ll need to watch for the Marksman at all times and leave bodies in safe places. 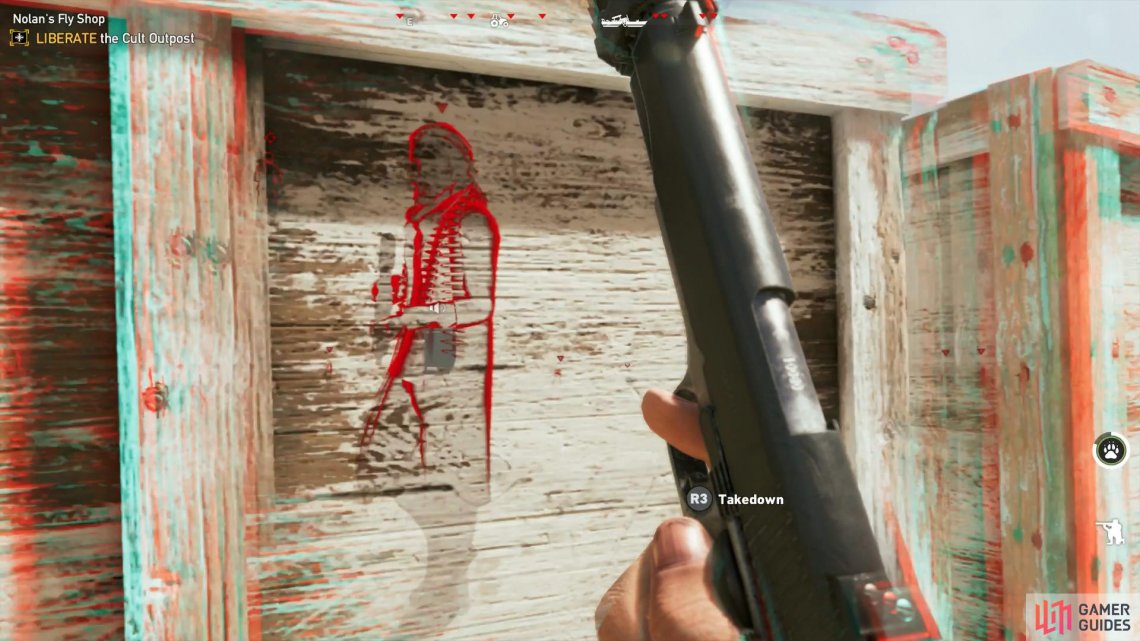 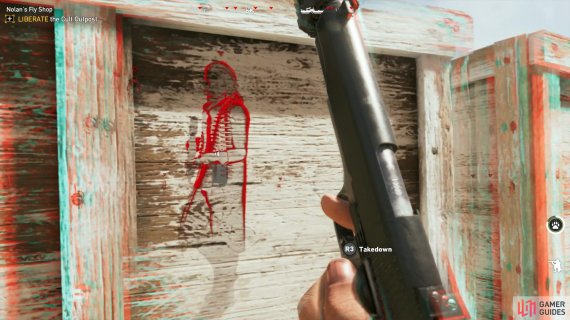 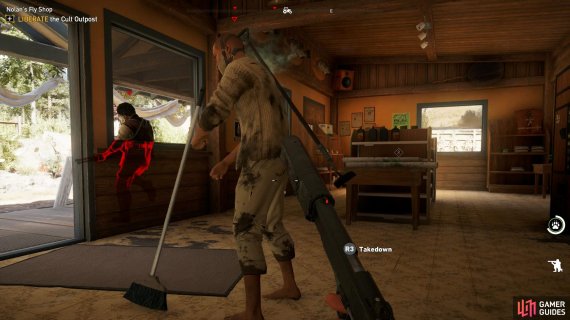 Start by taking out the Cultist near the crate in the Bliss field (left), the Angel inside the shop followed by the Cultist up against the window should be next. (right)

From here, head to the Shop and climb through the window near the Alarm to dispatch an Angel followed by a Cultist leaning up against the window. Climb out the window on the southeast side and up the ladder to the roof, waiting patiently for a chance to take down the Marksman and drop his body off to the side you’ve already cleared a moment ago.

With the threat of the Marksman now gone, head back down into the Shop and follow it out to a door on the east side to dispatch a Cultist with his back to you followed by an Angel near the tractor. Move over now to the two Cultists to have them separate and allow you access to all three remaining Cultists on their own to clear the Outpost. 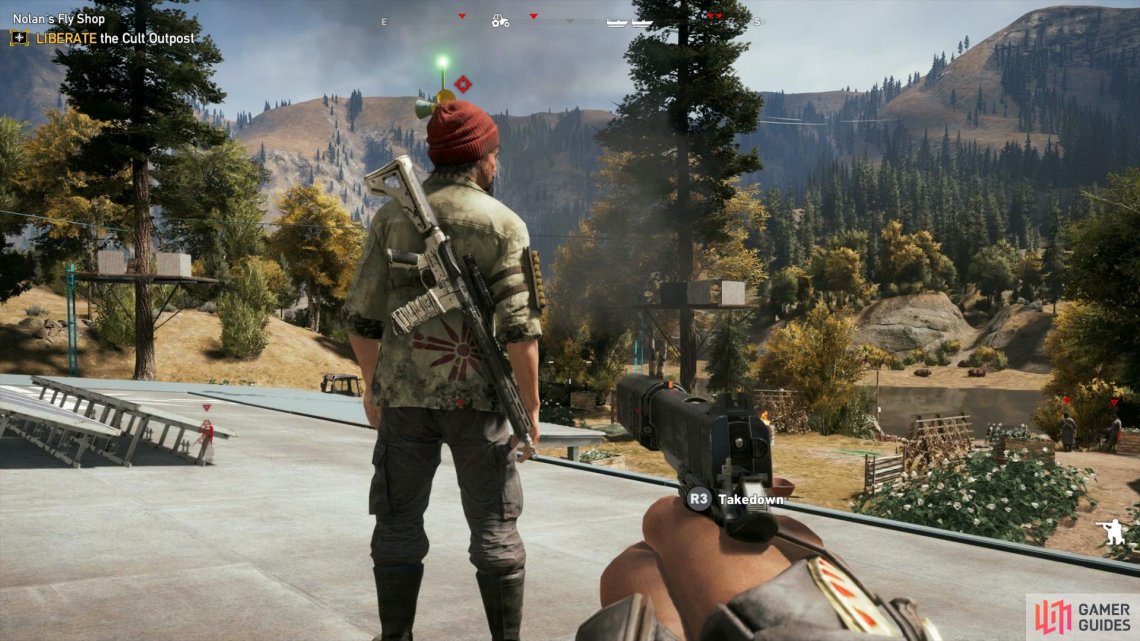 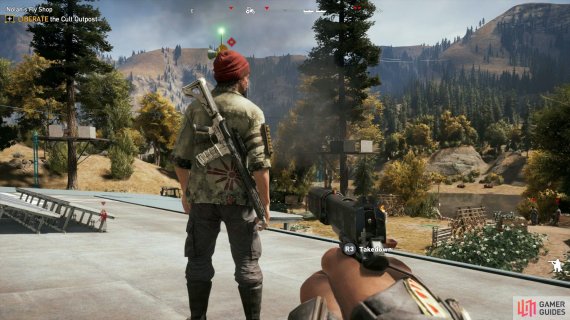 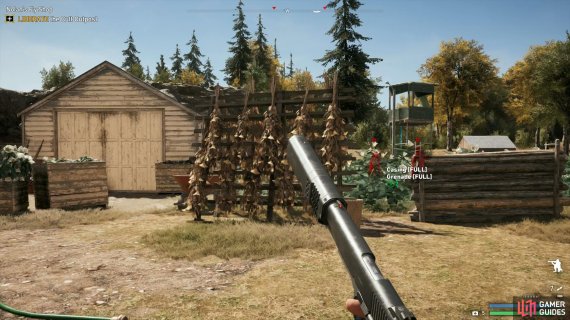 Make sure nobody is looking before you takedown the Marksman (left), approach the Cultists at the back to trigger them to patrol on their own. (right)