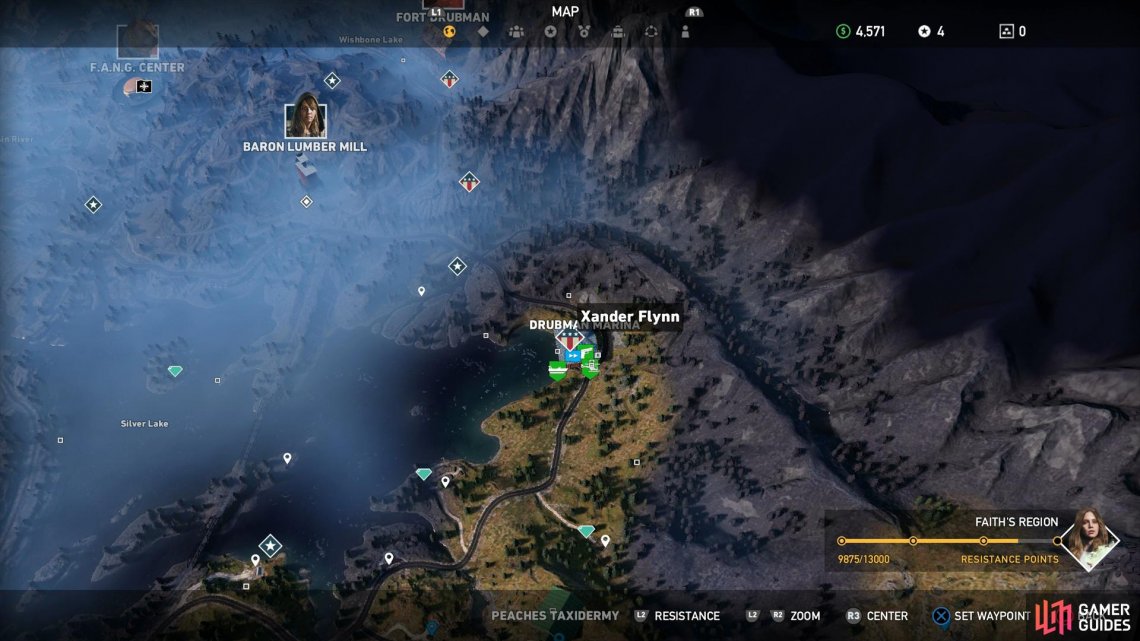 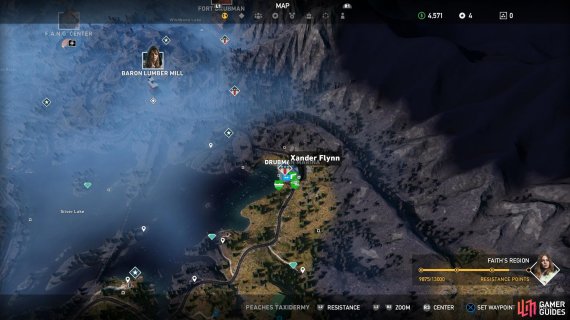 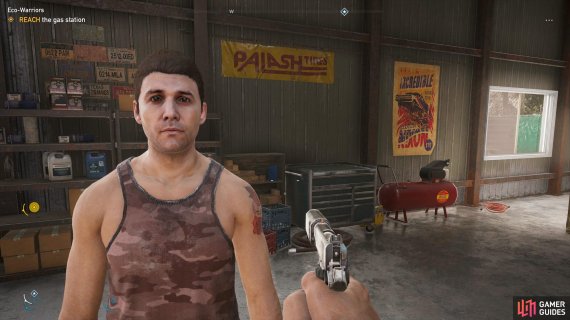 Return to Drubman Marina to find Xander with a request (left), you’ll find him doing Yoga inside the warehouse. (right)

Once you’ve completed Friendly Skies, head back to Drubman Marina and you’ll find Xander with a favour to ask. He wants you to help remove Bliss from the area and he’ll guide you all the way.

The first step is to head to Misty River Gas which is not too far from your location so head along the river until you approach the station from the back.

Your first task should be to clear the area of hostiles, as you get into view, pull out the binoculars and tag the cultists. The first cultist will be at the back, sneak up on him and take him out. The next one is sitting in the garage with his back to you (don’t access the laptop yet!). Return outside and climb the ladder to dispatch the cultist near the mounted gun before climbing back down.

Head around to the left of the garage, there will be a lone cultist some way out for you to easily takedown. This leaves you with three more to eliminate, the first attending to a pump before killing the one to the side of him and the final cultist near the entrance. Once all are down, head over to the laptop and hack it.

You’ll need to wait 01:30 for the hacking to finish while under a constant ambush so forego stealth and bring out your weapon of choice. You’ll want to stay near the back of the garage with the laptop close by, the cultists will attempt to shut it off. When the pickup trucks arrive, throw explosives to take them out. 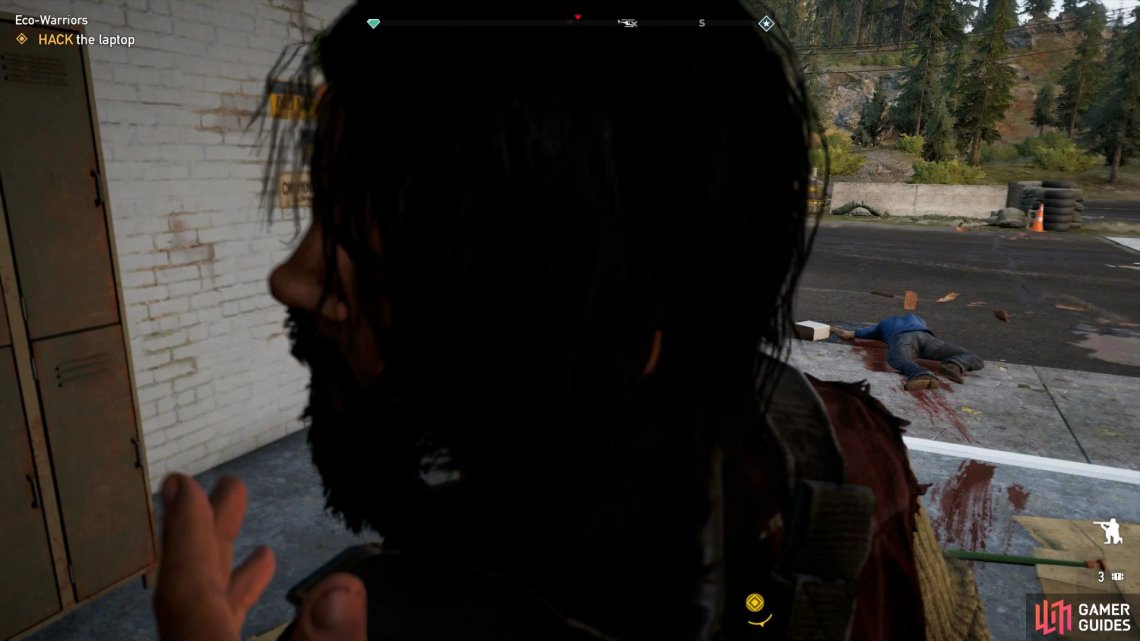 (1 of 2) The cultist in the garage is easy pickings 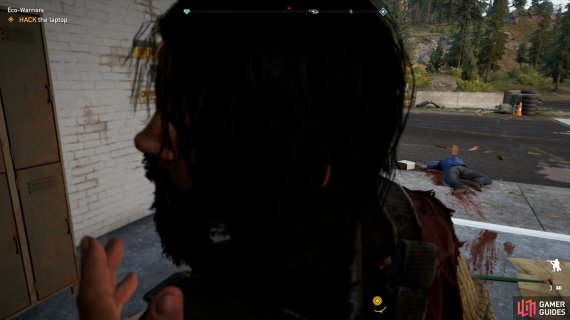 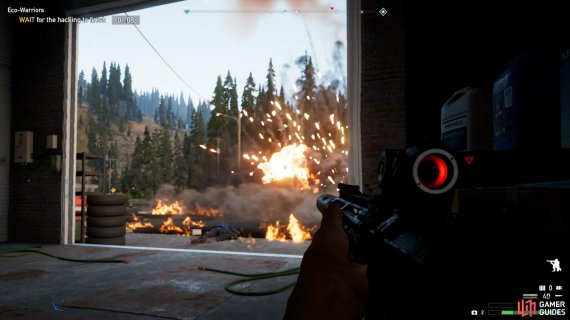 The cultist in the garage is easy pickings (left), toss explosives at any pickup trucks to avoid being overwhelmed. (right)

You’ll now need to add Adelaide to your squad, do so and have her land the helicopter some place safe before boarding it.

The boat convoy begins their movement from west of Hope County Jail, fly over toward their location to pickup the trail. Resist the urge to blow the boats out of the water, you need to now follow them. Stay high in the air but don’t lag too far behind, eventually they’ll lead you straight back to the Ghost Cat Mine, where the Bliss is being stored.

Don’t go charging in, instead land the helicopter somewhere safe and disembark. Slowly approach the area and pull out the binoculars to tag the enemies in the area, of special note is the Marksman cultist on the top of the tower.

Start by clearing the area of any hostiles before you go for the Bliss containers, this is the safest route. Start by taking the zipline down and behind a cultist asleep and eliminate him. Continue forward around the outside to find another cultist by some crates, dispatch him and then another that patrols the nearby stairs and one more that patrols alongside this area.

Take these stairs yourself now and follow them up to find another cultist with a rocket launcher peering out the window, waiting for an easy takedown. You can now head up the ladders and take out the Marksman on top before taking the zipline down onto the roof of one of the warehouses.

Drop onto one of the cultists in the warehouse from the skylights before taking out the last three on the ground when they separate, one by one. 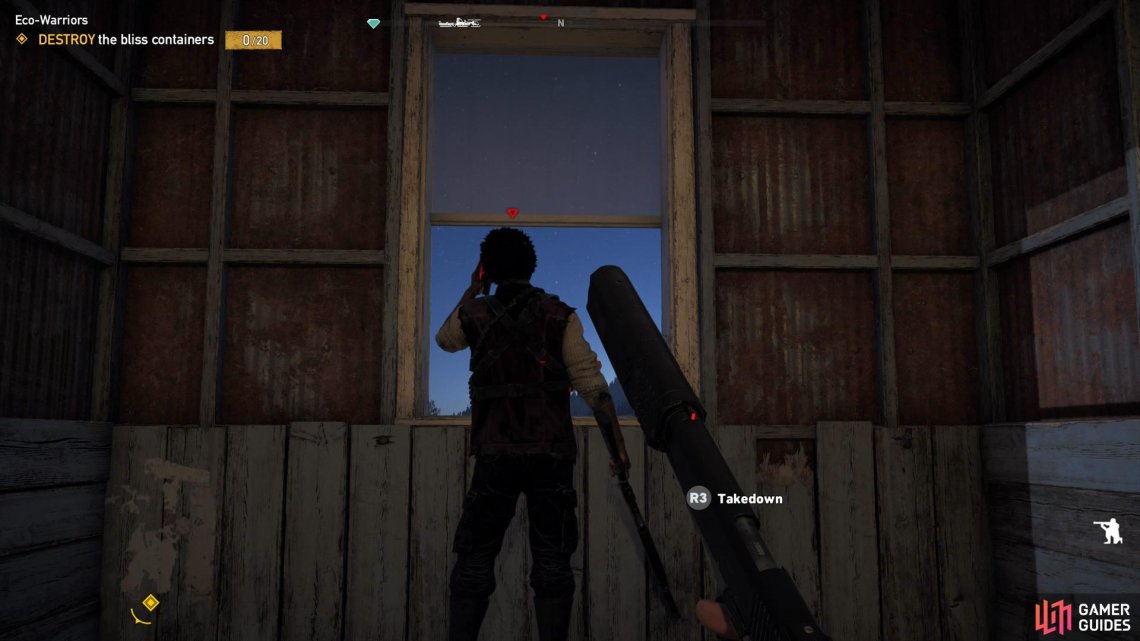 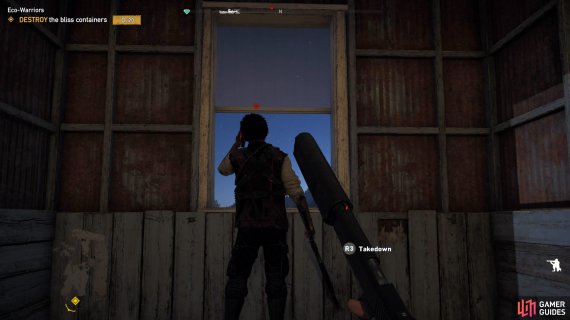 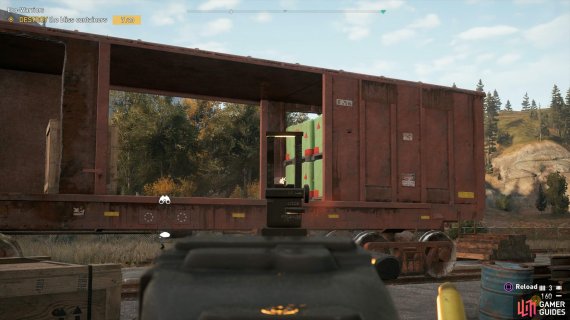 Don’t forget this cultist on your way up the tower (left), some containers are hidden out of sight. (right)

With the area now free of all enemies, you can take out the Bliss containers at your own leisure (don’t take too long though as enemies will repopulate the area with time), identifiable by the shiny green boxes. Once the final boxes go up in flames you’ll be contacted by Xander and the mission will conclude.