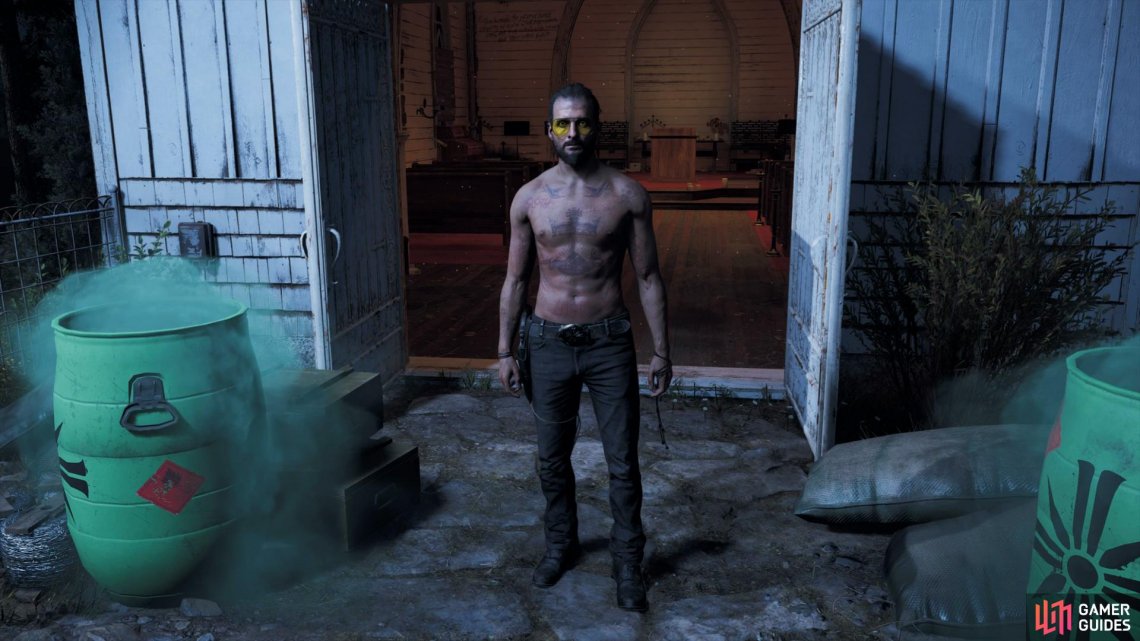 You’ve endured the wrath of the heralds throughout Hope County and all of Joseph’s family are six feet under, the Father himself is angered and has called you out for one final confrontation, back where it all began, the cult compound.

Warning! This is the final story mission in Far Cry 5 and as such expect a difficult battle. You’ll be able to reload your save upon completion of the game to resume and complete any outstanding missions however you’ll be placed before this final battle.

Take the time to make sure you’re fully prepared before making the journey to Joseph. Consider Perks such as the Health Boosts (at least up to Health Boost 2), the Rifle Mastery and Ammo Bag Perks as well as the Journey Pack to hold more Med Kits should you need them. You’ll want your best weaponry available, a competent assault rifle (the AK-47 being a good choice) or LMG, a shotgun (Spas-12) and maybe even a rocket launcher can be helpful too. Finally, make sure you’re stocked up on Med Kits and Body Armor and all types of explosives.

Once you’re ready, pilot a chopper over to the compound and approach the church to finally meet with Joseph again. He’ll present you with the same choice he did at the beginning of the game, take your people and leave Hope County for good leaving him with his flock or resist once again.

Choose Carefully: Your choice here is final (although you can reload your game), if you choose to leave, there will be no final confrontation and you’ll get a different ending. The true ending is to resist The Father and face him in the showdown.

The battle with Joseph begins in a Bliss induced arena with your previous companions turned against you. Joseph himself is not the main threat here, your companions are. Take them out by any means necessary to gain the opportunity to revive them, do so and you’ll turn them back on your side and help take down Joseph.

Joseph will be attacking you too throughout all this, if he approaches too close to you, blast him away with the shotgun or a like minded weapon and continue to revive your friends. Once all three friends are up, take the fight to Joseph before he retreats further into the compound.

Just like before, Joseph will turn your friends against you so be prepared for an assault straight away. Explosives come in handy here as you can take multiple out at a time and begin the process of reviving them. With you and your friends up again, take the fight to Joseph to force him to retreat once more. 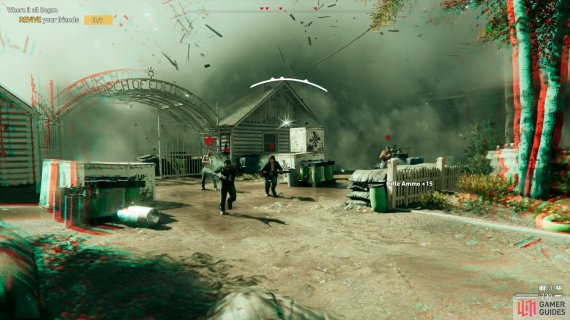 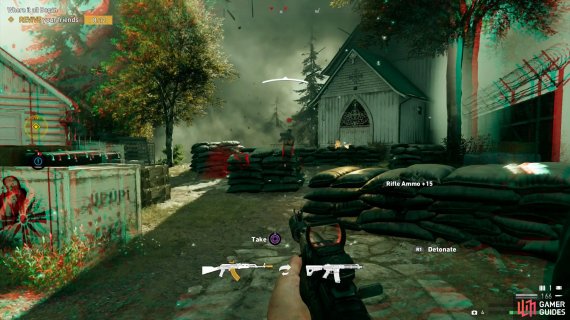 Consider an explosive when your friends are grouped together (left), Hurk is deadly, take him out as soon as possible. (right)

Joseph turns your friends for the third and final time including Hurk and his rocket launcher, your main priority here. This is the final stage of the battle, leave no resource unused as you continue to revive your friends and put Joseph down.

Events have taken a turn for the worse, the world around you is in flames and time is running out. Dutch’s bunker appears to be your only option for survival as you commandeer a truck with the other deputys and Joseph.

Step on the gas, there’s no time to lose as you only have 02:40 to make the journey to Dutch’s Island. Follow the objective marker as you avoid the burning catastrophe around you, any mistake and you’ll fail and have to repeat the drive. Despite all your best efforts, you reach Dutch’s bunker but not in the greatest state as your journey in Hope County comes to and end. 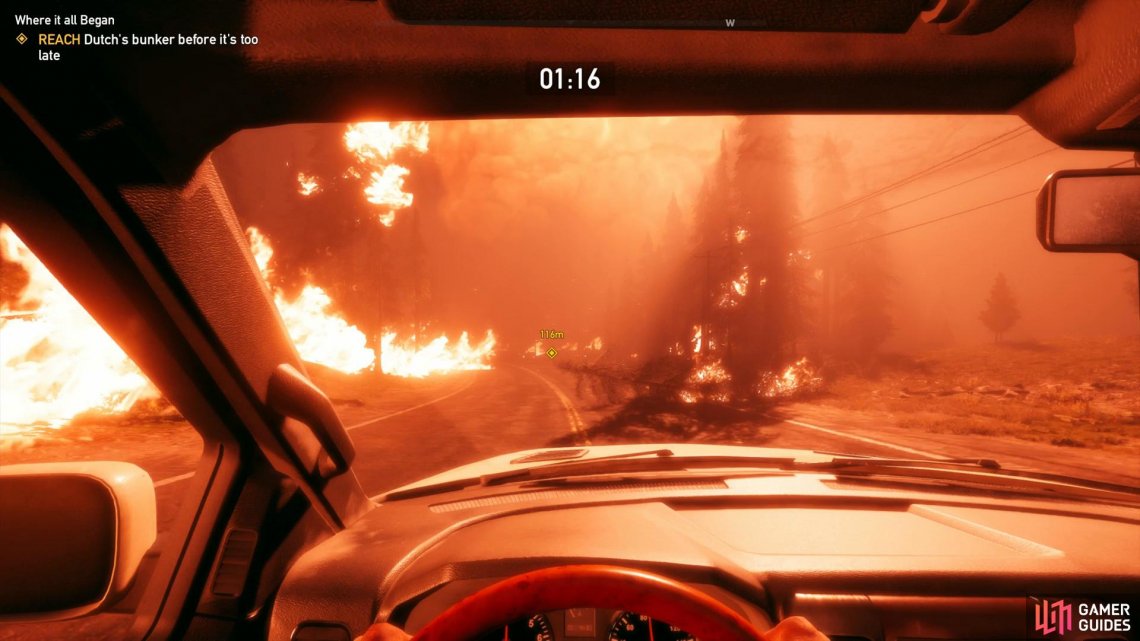 The biggest hurdle here is seeing the trees among the carnage all around you.

Get to the End (Solo Campaign only).