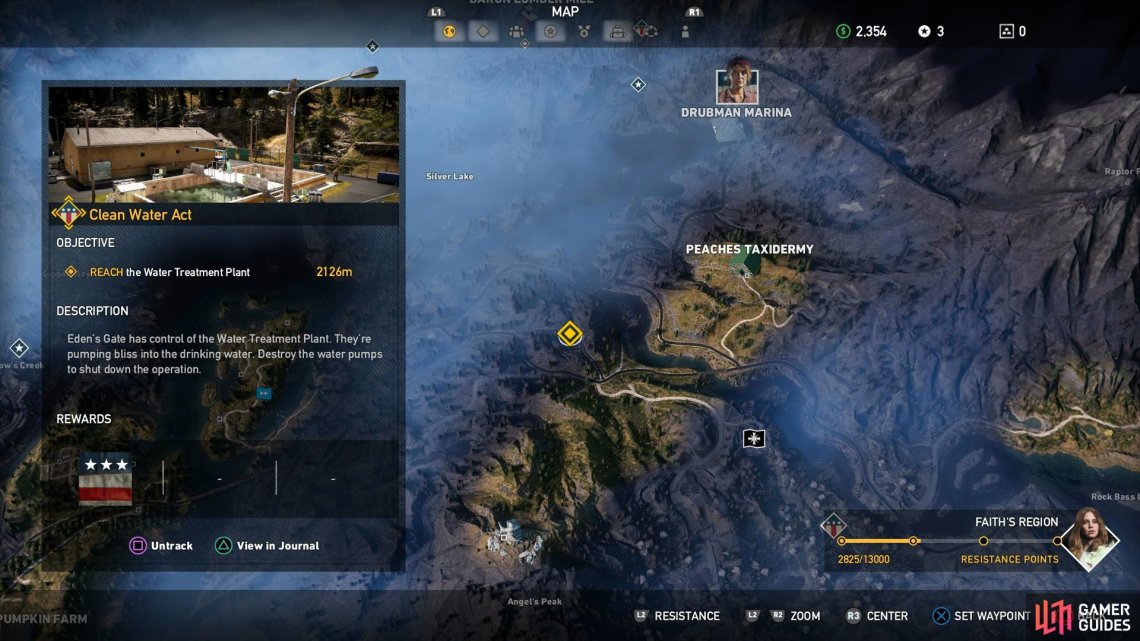 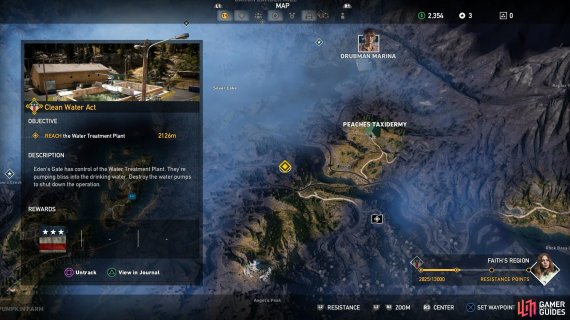 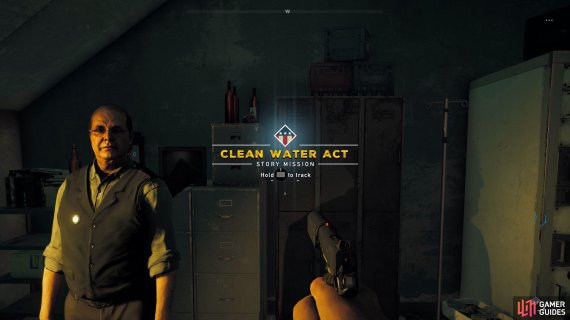 Find the Water Treatment Plant to the southwest of Peaches Taxidermy (left), Mayor Minkler issues the mission from the liberated Jail. (right)

Once you’ve liberated the Hope County Jail, speak to Mayor Virgil Minkler in his office and agree to help with with the Water Treatment Plant. You’ll find the plant to the southwest of Peaches Taxidermy.

Find a way to get in to the pump rooms

As soon as you arrive at the plant, you’ll see that it’s heavily under guard, take out the binoculars and scout the area. Enter this area from the southeast where you’ll find the gate open and a cultist with his back to you, eliminate him and stash his body where you entered.

Note: You’ll be dealing with the distorted vision effect from the Bliss during this mission, take more time to plan your moves.

Follow the back of the building here to the far end and take out the cultist before staying crouched behind the barrels around the corner. There’s a VIP cultist here patrolling, wait for him to move to the container and then quickly takedown the cultist to your right before grabbing the body and leaving it where you left the last body (you’ll need to be quick here to avoid being seen). Finally head back to the barrels once more and do the same to the VIP at the container, bringing his body back to the other ones. 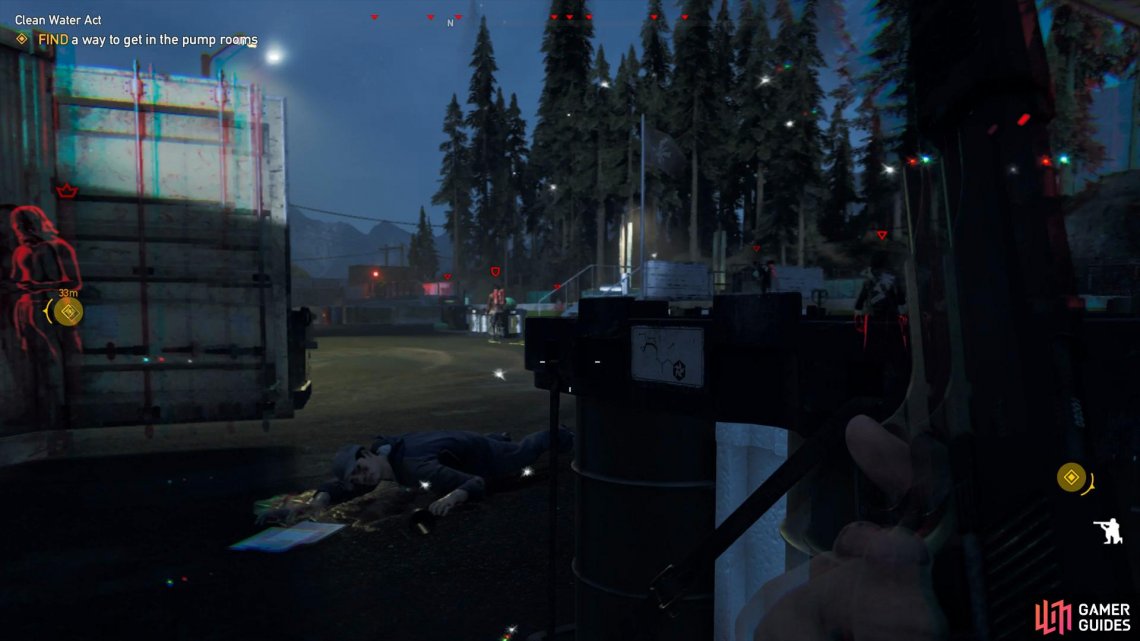 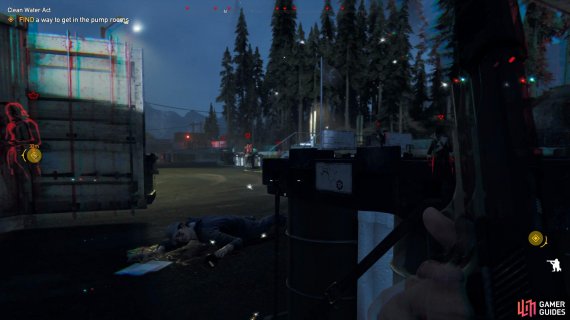 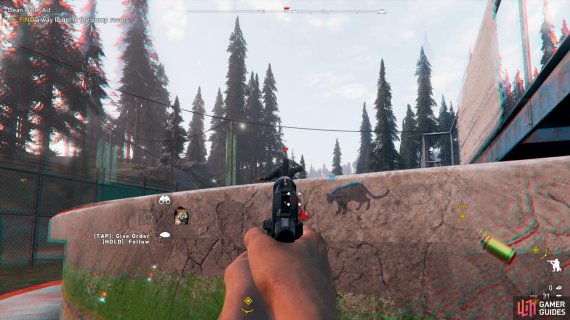 You’ll need to carefully take these out one by one (left), make use of Peaches or Boomer to distract one while you kill the other. (right)

Follow the cover to the left and wait for the patrolling cultist to walk up the path allowing you to quickly get onto the walkway and take out the first of the two pouring in Bliss. You’ll need to take a quick break in the middle here so you’re not seen by the patrol (possibly hiding behind the stairs if need be) and then take out the next one before rushing over and finishing the other one off. This leaves you with the final two cultists facing each other, there’s no way to not be seen here so quickly get off two shots to their heads to clear the area of enemies.

Tip: If you have Peaches assigned, have her target one and then kill the other while she’s busy mauling.

With the area now empty, you’ll need to find a way into the pump rooms. Go over to the left walkway (with two pools of water) and hit the switch to lower the water level. Drop into the area below and go through a hole then turn towards pipe 1 and shoot the barrel, destroying the debris and allowing you to head in.

Follow this pipe to the end and wait for the water level to rise, allowing you to climb out of the pool and access the first pump room. Inside you’ll find the three pumps that you need to destroy along with a Med Kit and supplies to make some Remote Explosives. This is the key to finishing this part of the mission with as little resistance as possible.

Place a Remote Explosive on the middle of the three pipes but DO NOT DETONATE. Jump back into the water below and follow the pipe as quickly as possible back to the surface before climbing out. 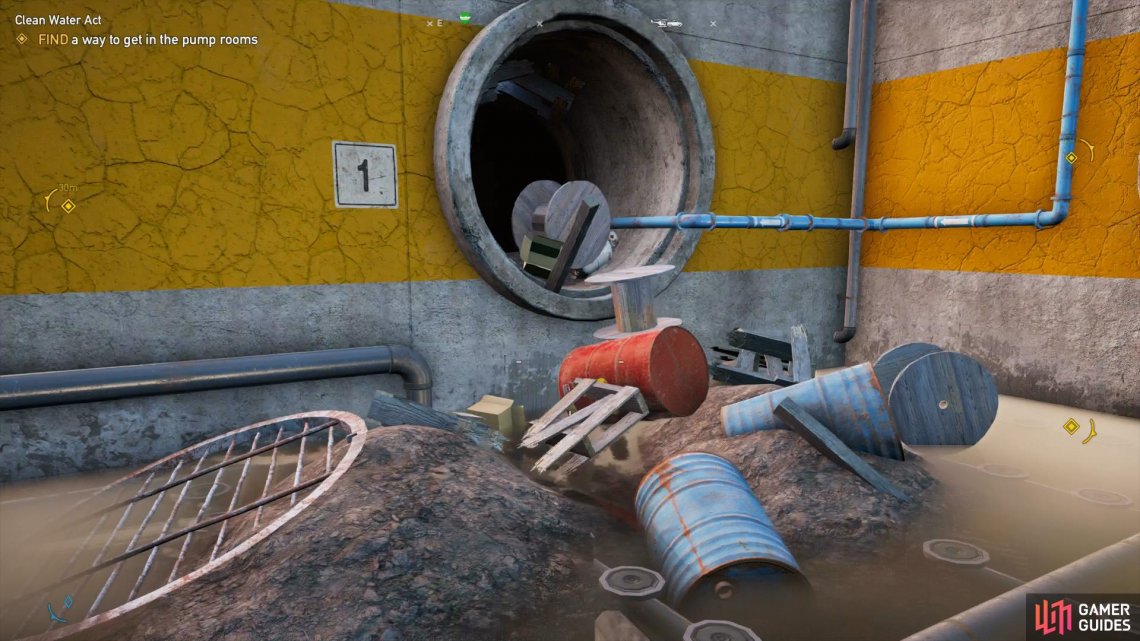 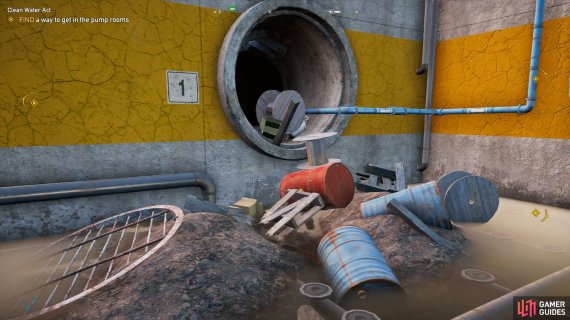 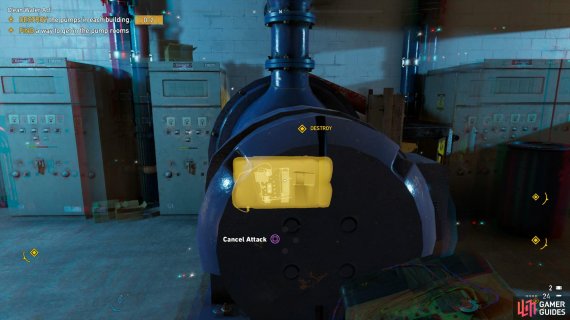 Shoot the barrel to gain access to this pipe (left), it’s important you place the explosive on the middle pump. (right)

Head over to the other pool of water (where the two cultists were facing each other) and hit the switch to lower the water. Drop in and follow the pipe to the end to access the other pump room with three more pumps to destroy. Once again you’ll find another Med Kit and supplies for Remote Explosives along with a safe for you to plunder.

When you’re ready, hit the detonate button to explode the Remote Explosive from earlier. Quickly place another one in the centre here and detonate it from safety to conclude the mission. The reason for doing it this way is because the first explosion will alert reinforcements, doing it this way alleviates the fear of failing the mission. You’ll still have to deal with the reinforcements after (or simply fast travel out) but you’ll be safe knowing that death wont fail the mission.

Destroy a cult water treatment pump and make them thirst for revenge (Solo Campaign only).