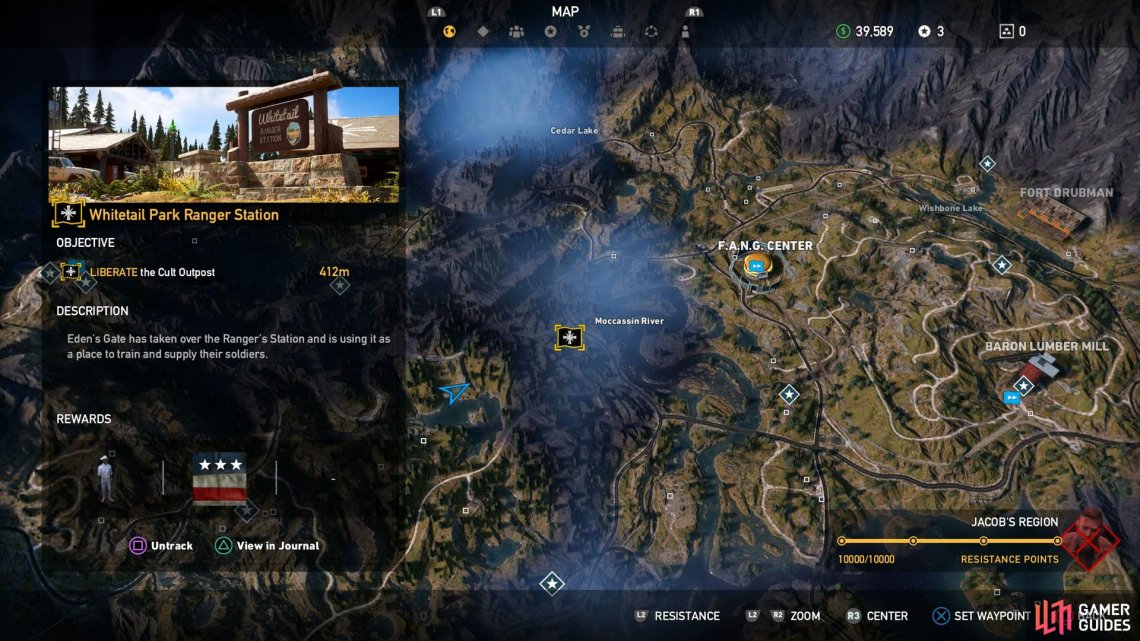 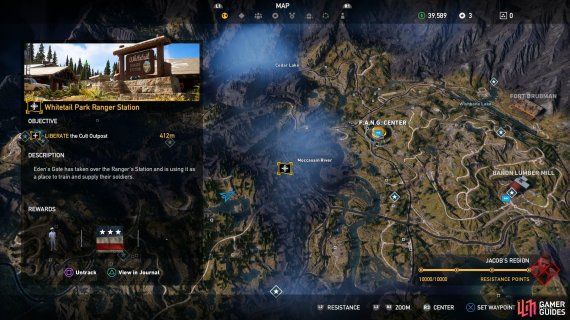 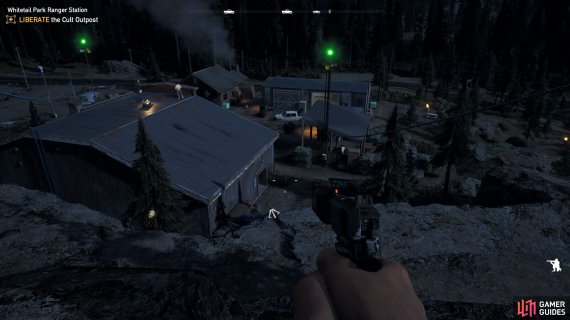 The Ranger Station can be found to the west of the F.A.N.G. Center (left), this is one of the easier outposts available. (right)

Head to the west of the F.A.N.G. Center to find this outpost and begin your approach from the billboard in the southwest hills. You have a great view of the outpost along with two ziplines to make use of.

When you’re ready, take the zipline down to the roof and take out the Marksman before taking the ladder down at the back. Sneak around to the south area and dispatch the cultist exercising before taking out the one at the mounted gun. 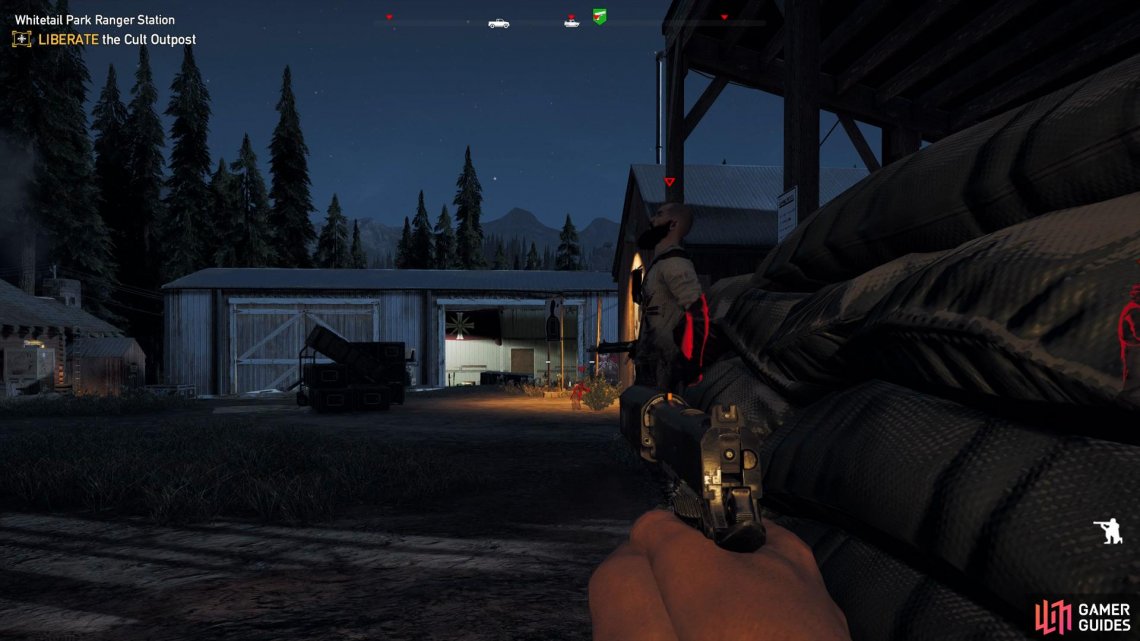 (1 of 2) Take out the cultist when he is exercising 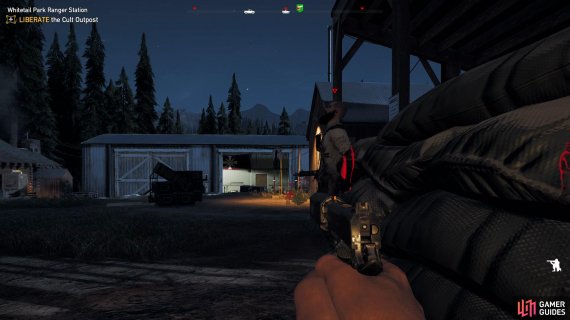 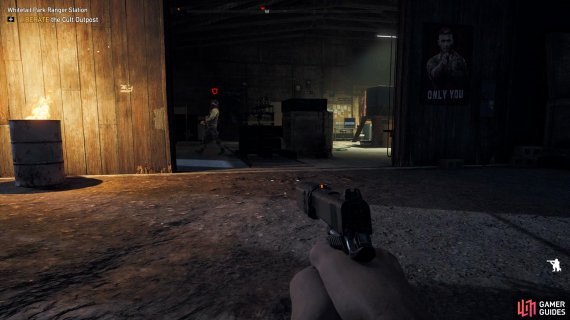 Take out the cultist when he is exercising (left), wait for this cultist to patrol through the building for an easy takedown. (right)

Wait now for the cultist patroling around the nearby building and take him out as the opportunity arises. You can now cross over to the other side and take out the cultists near the pickup and the behind the house before you eliminate the final hostile at the front, liberating an easy outpost.