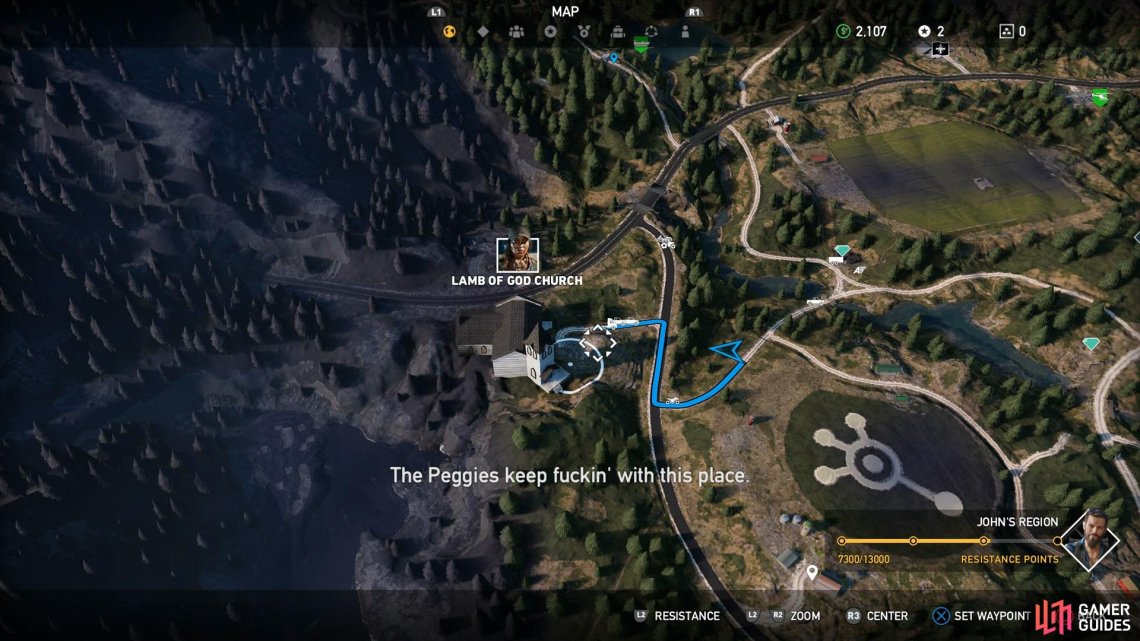 (1 of 2) Head to western Holland Valley to find grace 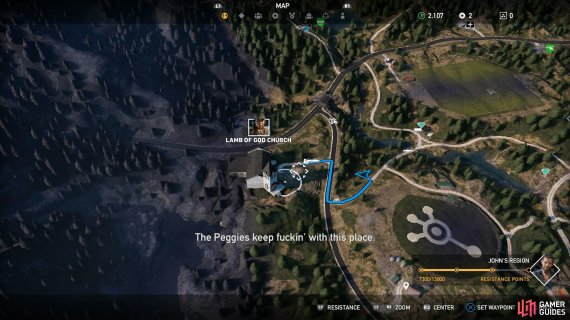 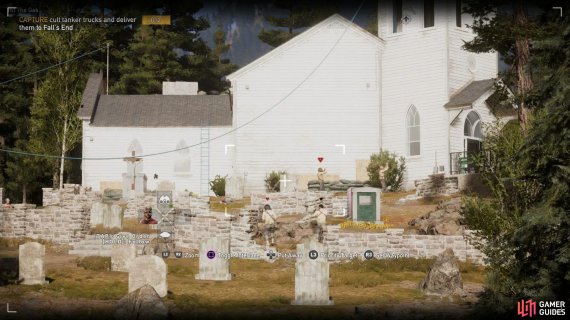 Head to western Holland Valley to find grace (left), take out the initial wave of cultists before speaking to her. (right)

When you first reach the Lamb of God Church, you’ll find it under fire from numerous cultists. Grace will be situated at the top of the church, picking them off with a sniper so help her out and dispatch the enemies on the ground from behind.

Once all the cultists are dead, take time to gather ammo around the area and pick up an assault rifle or shotgun if you don’t already have one, you’ll be needing it. Once you’re satisfied, head up the ladder onto the church roof and speak with Grace to officially start the mission (grab the Lamb of God Church Map on the table here).

You’ll be defending the three Mausoleums with Grace’s help (and Nick too if you have him, his strafing runs are helpful here). Grace will call out the locations where the cultists are attacking from so head there and take the enemies out while trying to keep your height advantage if you can.

The cultists will begin attacking the Mausoleums when they reach them so be sure to make any that make it that far your main priority, ducking into cover when you need a brief respite. Attack any vehicles with an explosive to take out large groups of cultists at a time. Finally, near the end there is a sniper at the back on the road, take him out before he can cause too much damage to you. 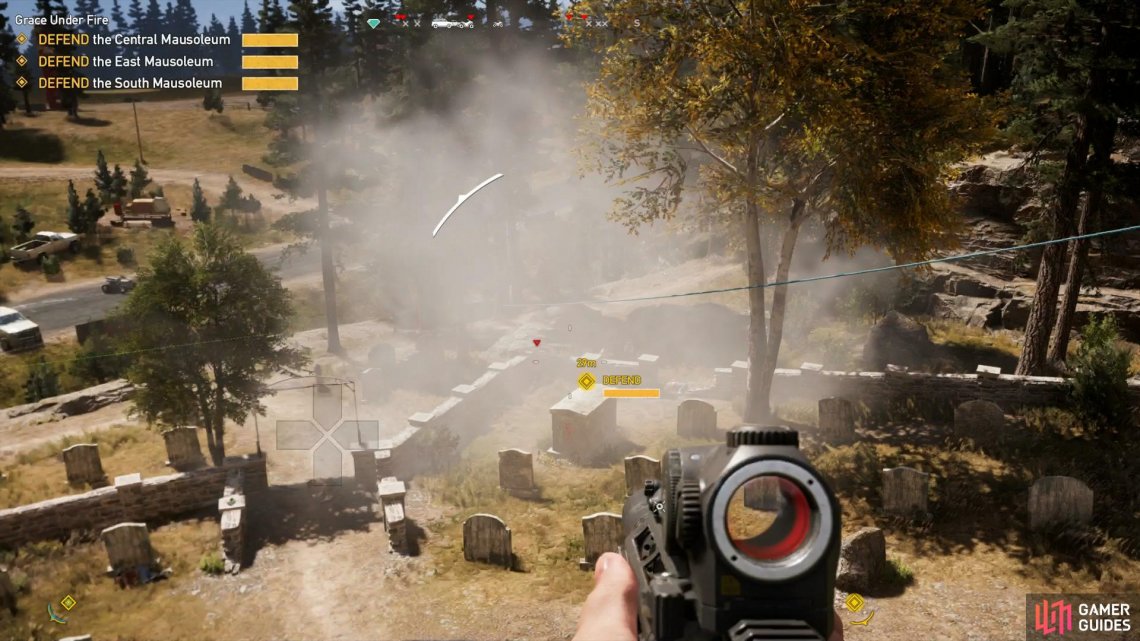 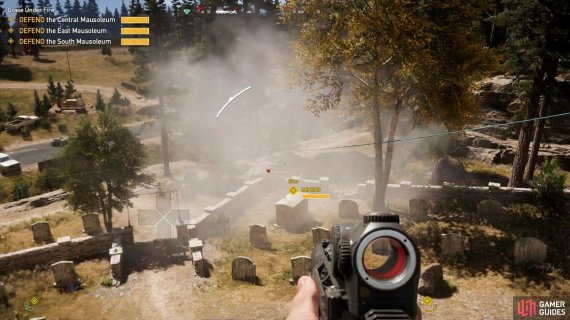 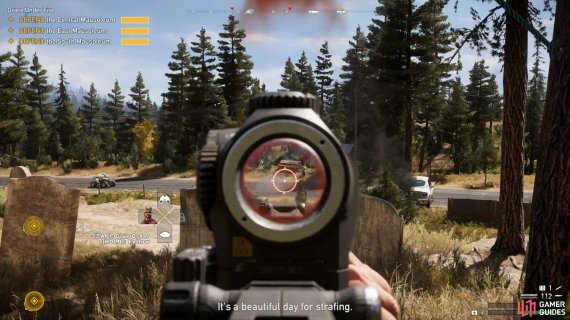 Stick to the rooftop in the early stages of the defence (left), take out the sniper as soon as he appears. (right)

Once all the carnage is over, loot all of the bodies to replenish your ammo and then talk to Grace, who is now on the ground which completes the mission. On top of the RP bonus, Grace will be added as a Guns for Hire.

Note: Grace Armstrong can be a great asset for taking enemies unaware although the sound of her bullets will alert them. Still, if making sure the snipers are off you’re back, Grace is your girl. If you wan’t a more stealthy approach, you’re better off taking Boomer, Jess or Peaches.