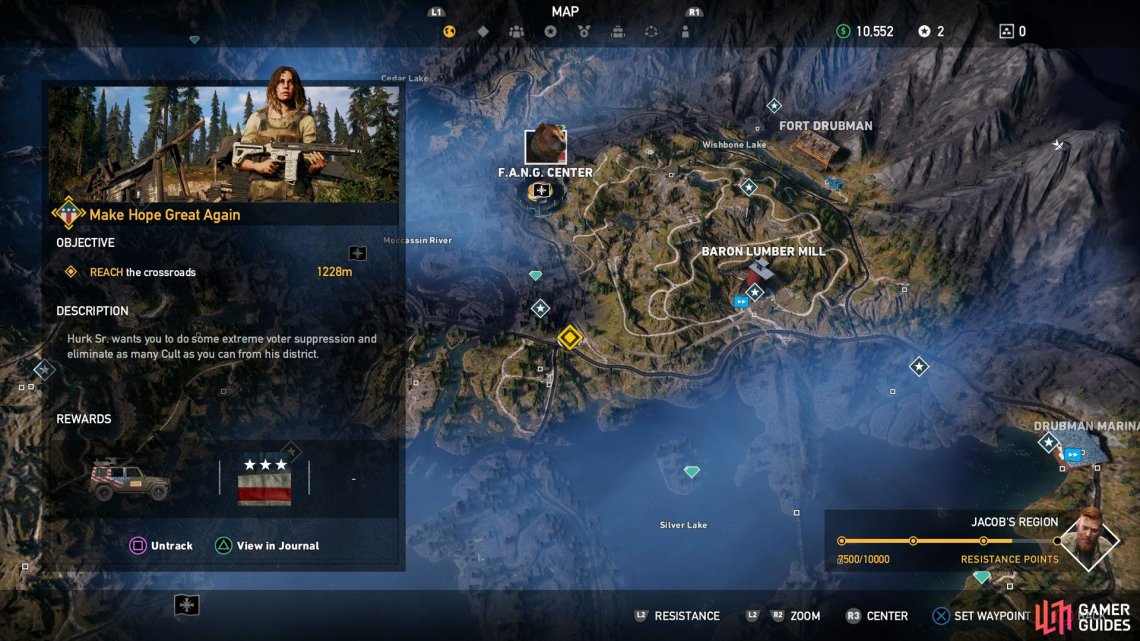 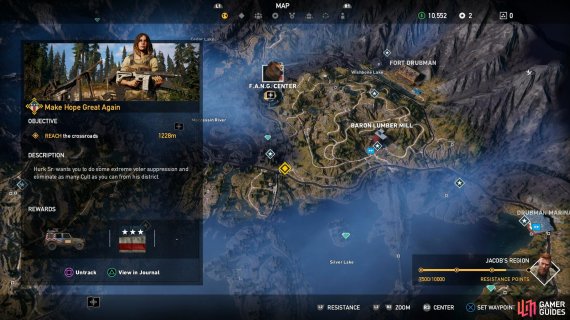 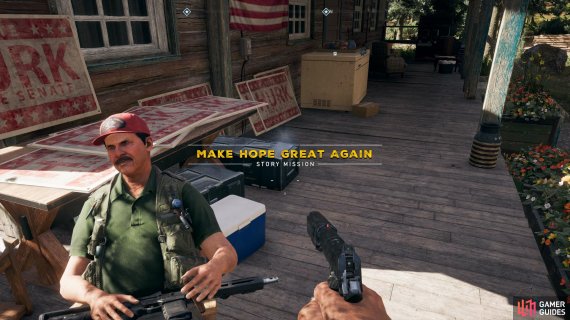 The cross roads are along the main road running to the west (left), Hurk Sr. has concocted a crazy plan for you to carry out. (right)

When you return to Hurk Drubman Sr. back at Fort Drubman upon completing The Prodigal Son you’ll find he has another task for his new campaign manager. You’re to go to the crossroads nearby and cause a little havoc in order to turn the polls in his direction. For this reason you’ll want to choose the right team of companions and you’re newly acquired Hurk Drubman Jr. is one for such an occasion.

When you’re ready, jump into “Nancy” in the driveway and head on over to the crossroads southwest of your location.

Arrive at your destination via the hills so you can take advantage of the high ground and snipe the skeleton crew of four cultists, none of which are close enough to each other to pose a problem.

Get ready now as you’ll now be pitted against waves of cultists that will assault your position, hunker down behind some cover and get ready to cause some carnage. You’ll want to use rockets or explosives on any vehicles that approach, including a helicopter that drops a cultist off with a rocket launcher. If you find yourself running low on explosives or rockets, remember that there’s a mounted gun just begging to be used. Once the area is secure of all hostiles, the mission will conclude. 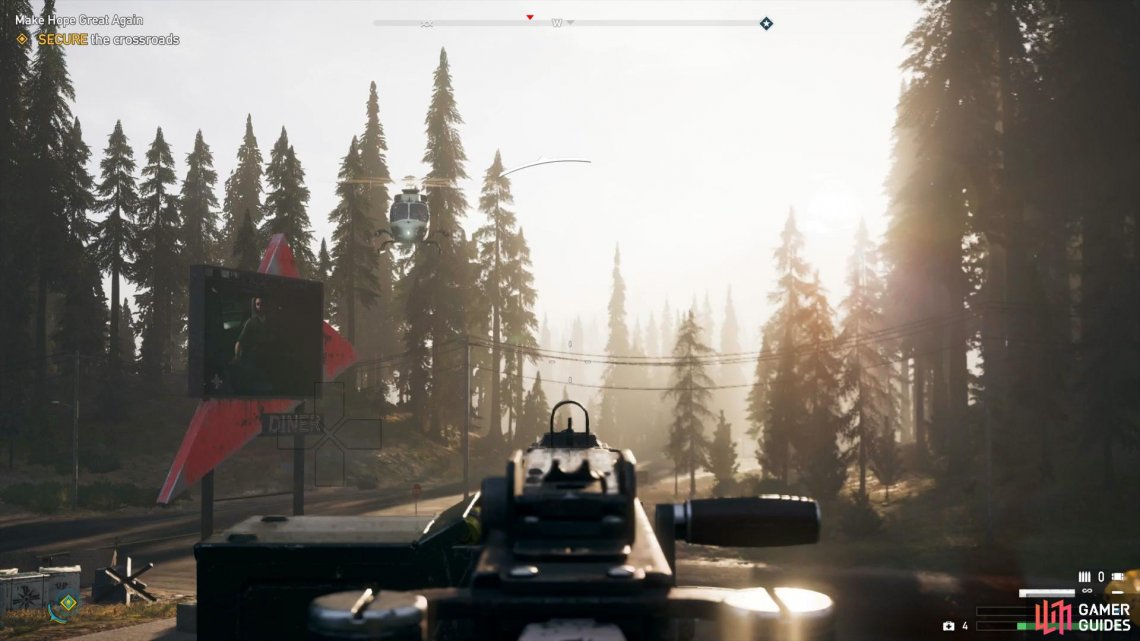 The mounted gun makes short work of the helicopter.