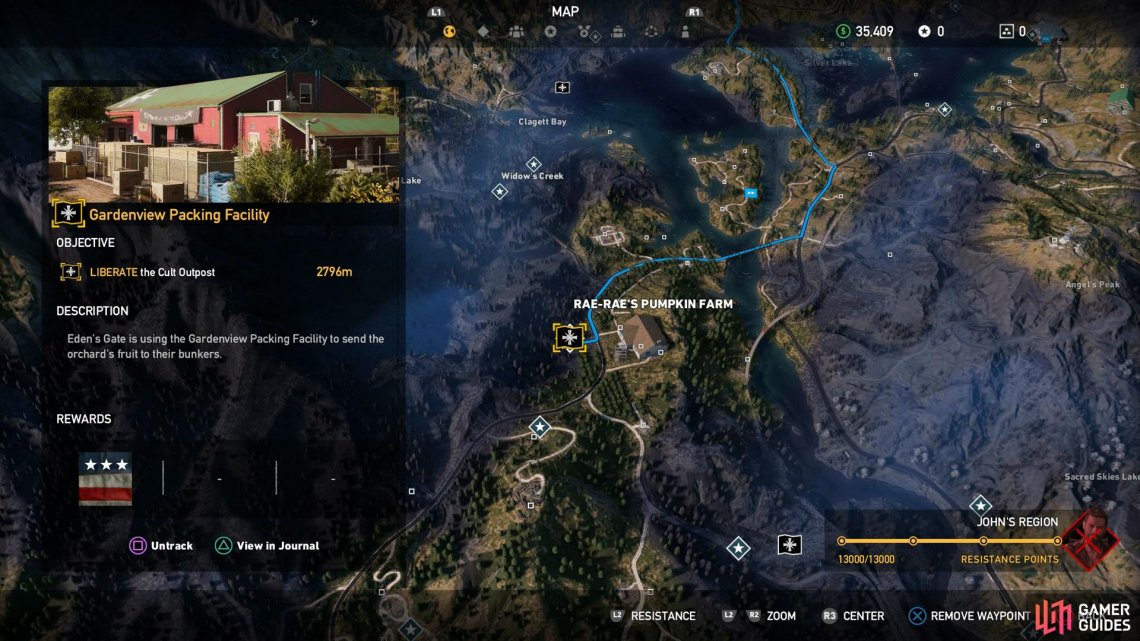 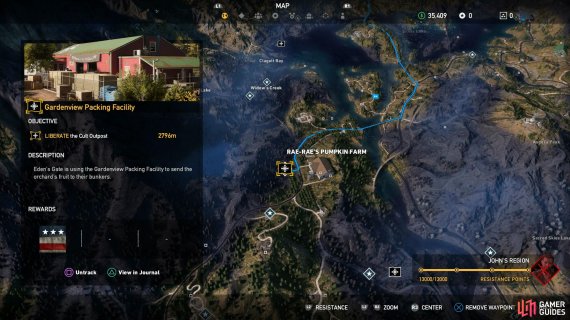 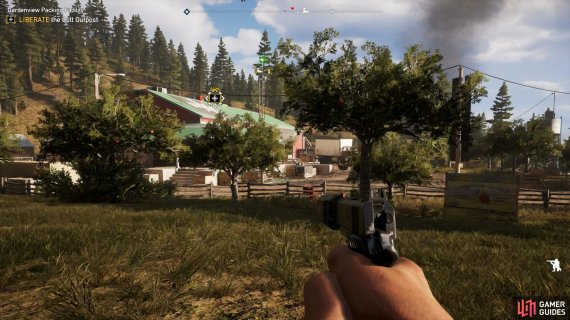 It’s only a short walk from Rae Rae’s Pumpkin Farm to this outpost (left), the facility is a rather simple outpost. (right)

Begin by approaching the water tower to the southeast of the compound and climb the ladder to the top. This is a great vantage point where you can use the binoculars and tag the seven cultists. Take the zipline down from this location to begin the infiltration.

After you land, head towards the first cultist near the hostage in the cage (do not open the cage until after the liberation is complete) and perform a takedown from behind the crate. Now turn behind you and enter the door into the main facility. 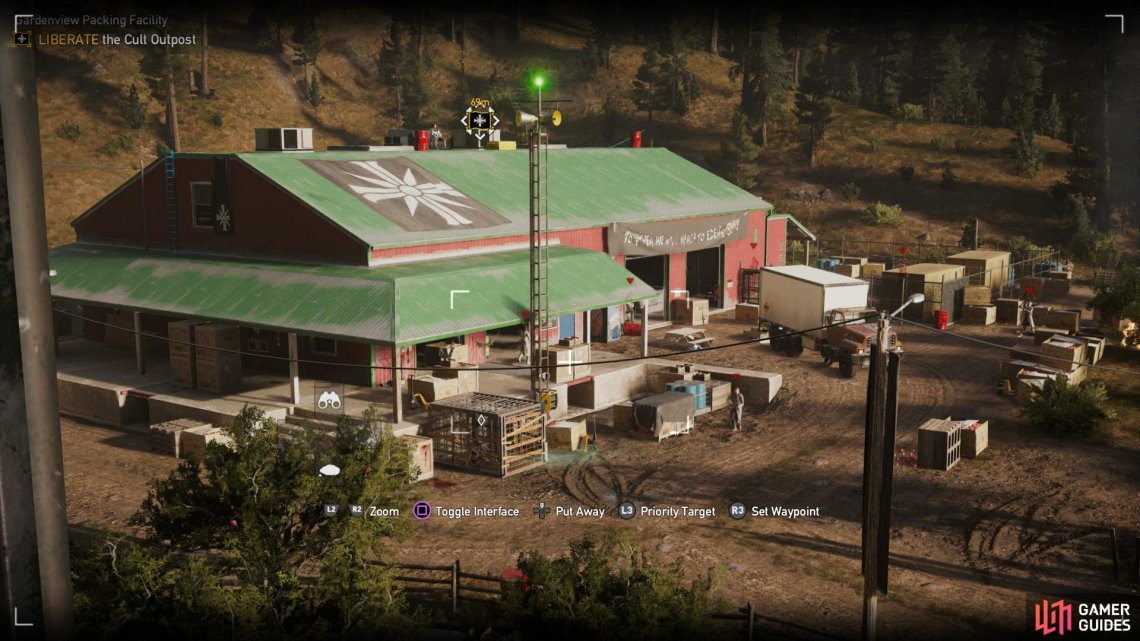 (1 of 2) Most of the cultists are spread out 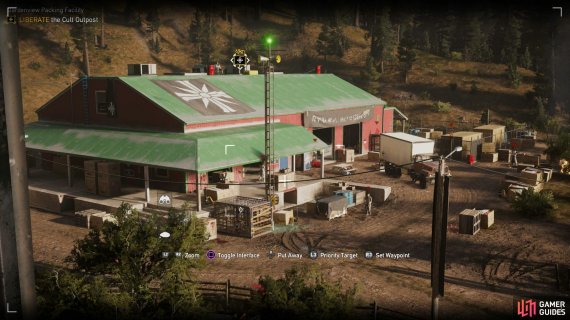 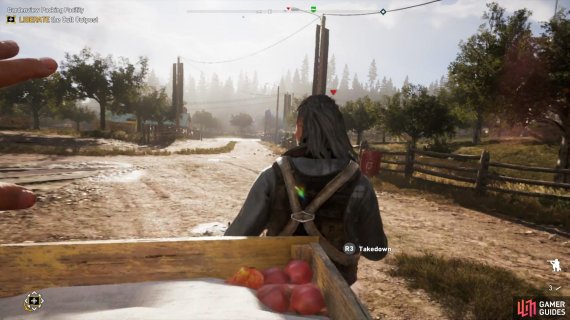 Most of the cultists are spread out (left), perform takedowns from behind crates where possible. (right)

You should see a cultist with your back to you that you can dispatch before sneaking over to the other cultist leaning against the crate (again, perform the takedown from behind the crate). Use the ladders inside to climb up and onto the roof and takedown the cultist before climbing down the ladder at the back and eliminating the cultist inspecting some crates in the corner. 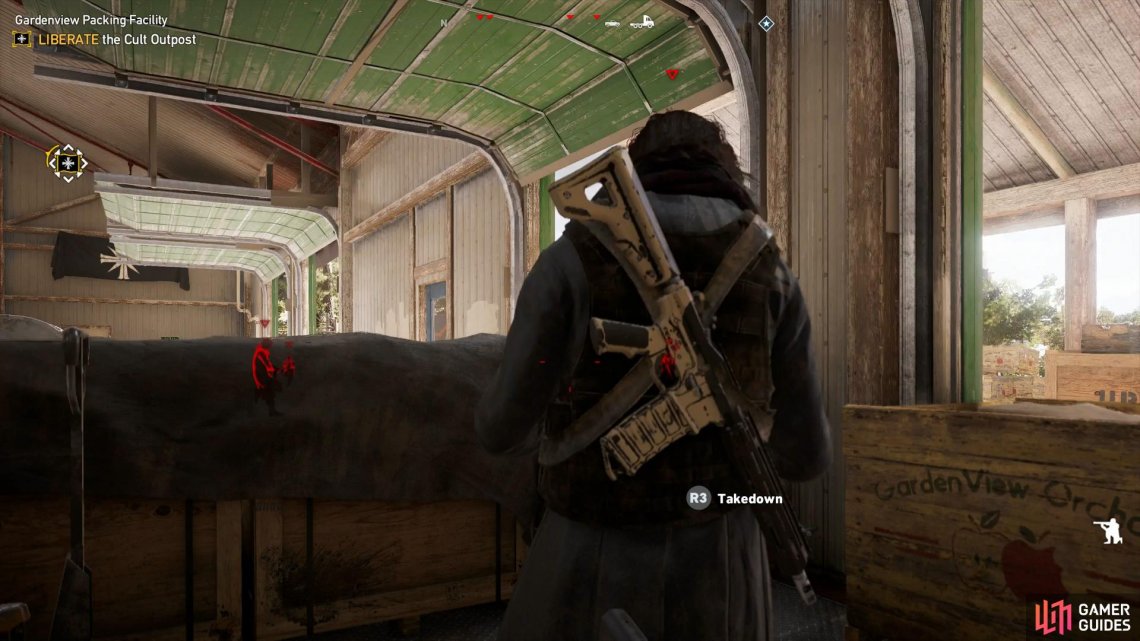 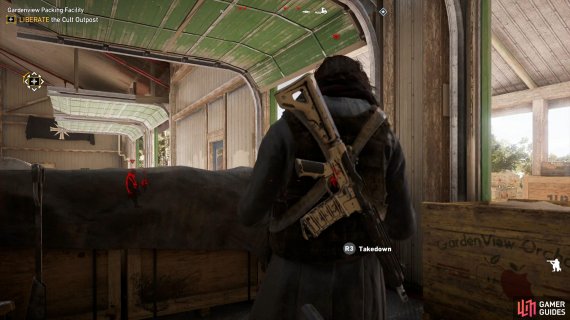 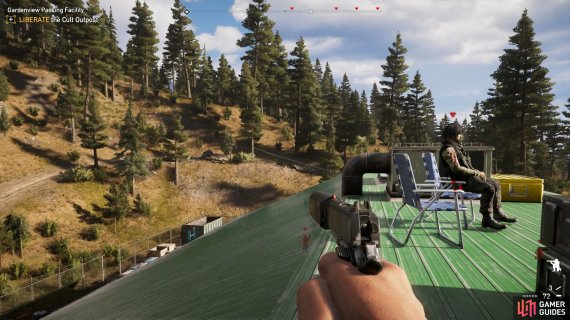 Approaching from here will let you takedown both without being noticed (left), use the ladder in the corner after dispatching this cultist to reach another. (right)

With just two cultists remaining, proceed forward and use the crates on the left as cover to get behind the cultist taking a rest. Continue along the fence and through the hole to reach the final hostile on his own and liberate the outpost. 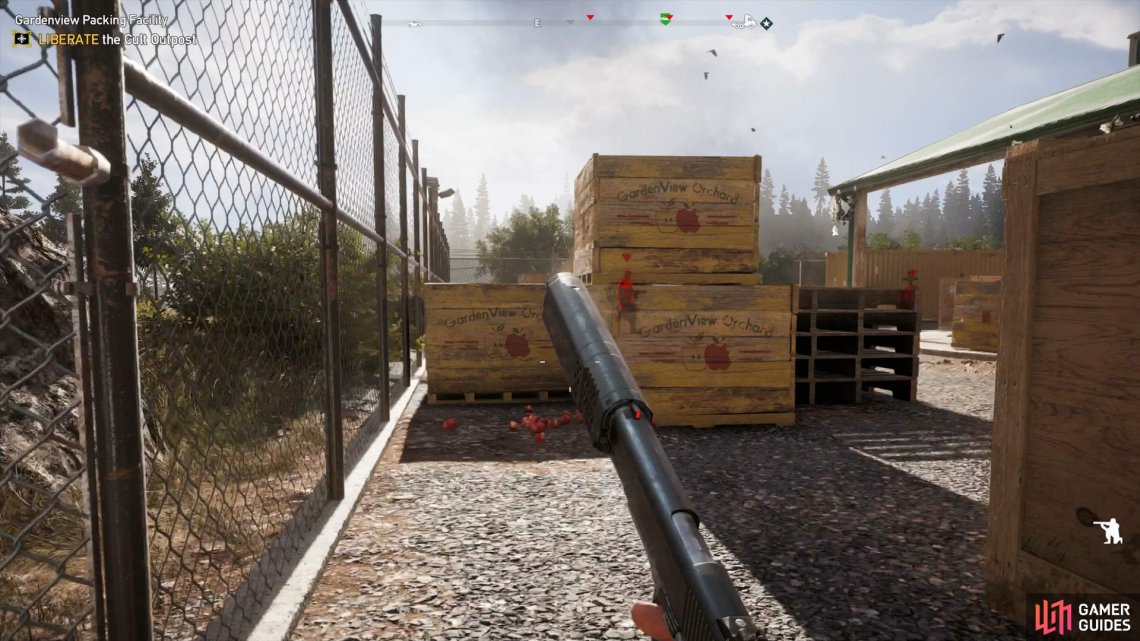 You can follow the path by the side of the fence to approach the last two cultists.