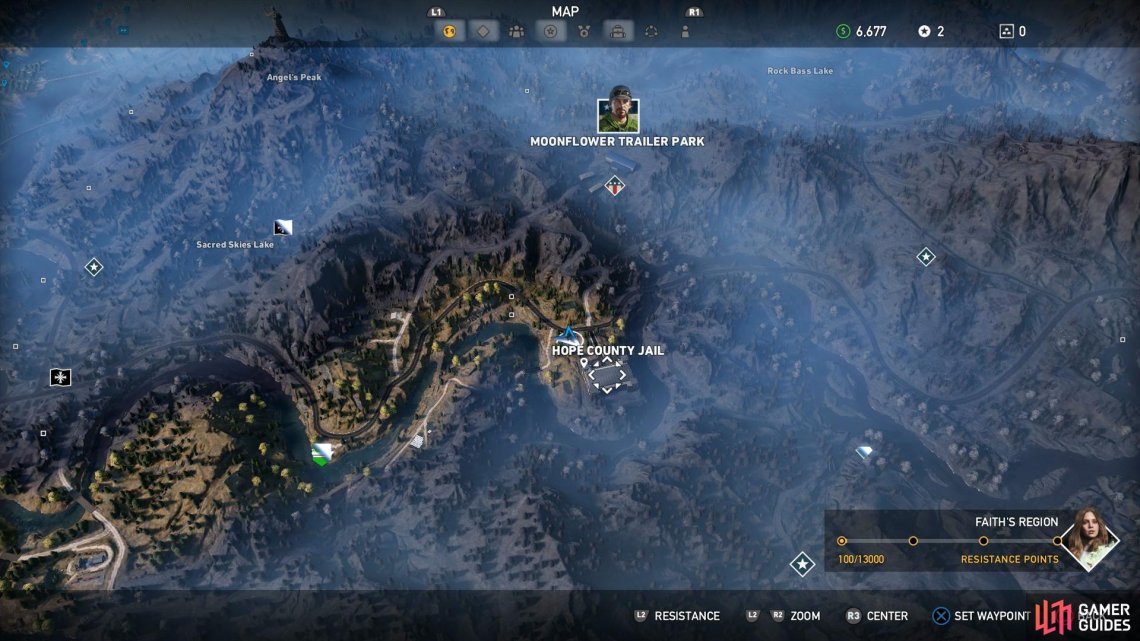 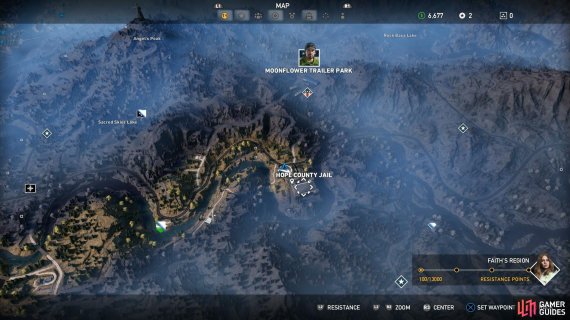 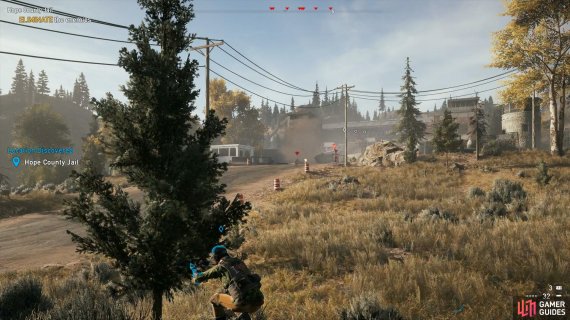 The Jail is located to the south of Henbane River (left), catch the enemy by surprise from the north. (right)

Upon finishing the Intro, Dutch will task you with heading to the Hope County Jail to assist them, which you’ll find in the south of the region. When you reach the location from the north you’ll immediately spot the cultists assaulting the Jail.

Approaching from the north here will give you the element of surprise, you’ll be able to sneak up on the cultists take them out from behind. The main threats here are a sniper to your right and two cultists hidden in the trees to the left. Once the last of the enemies are dead, you’ll head inside the Jail itself.

Quickly climb the ladder here and get onto the wall, picking up an RPG-7 (if you don’t already have one) in the process, you’ll need it. Cultists will come again and again, take out the cultists on foot with an assault rifle or sniper, saving your Rocket Launcher and explosives for the vehicles that arrive. 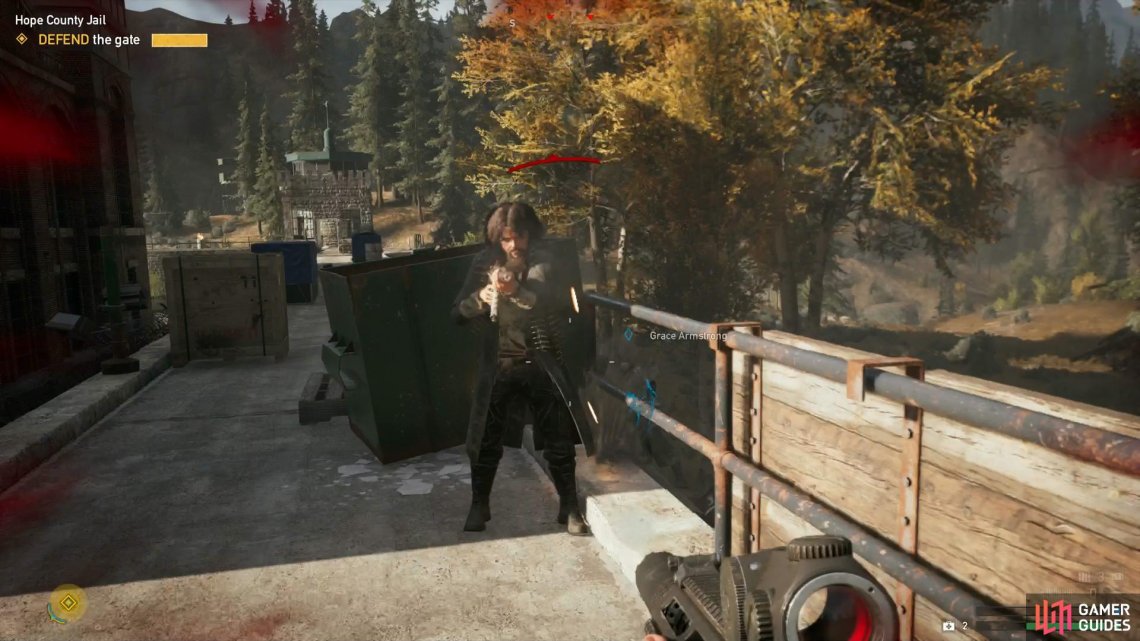 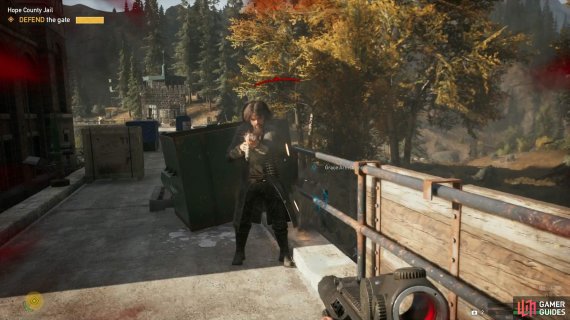 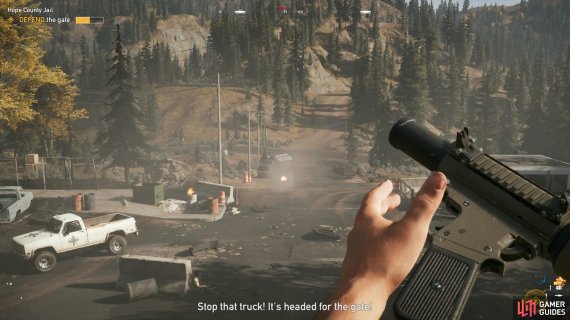 Watch for any enemies that make it onto the wall (left), use a rocket launcher on the gas truck before it can get close. (right)

You’ll have to cover the entire wall, keep an eye on the compass to see from what direction the cultists are and listen to call outs from the other defenders. You’ll find ammo and Med Kits inside the lookouts so don’t worry about conserving your supplies. Finally, near the end of the assault there will be one more pickup truck followed by a gas truck, take them both out with a rocket launcher. Once you clear out the remaining cultists on the wall, the mission concludes.