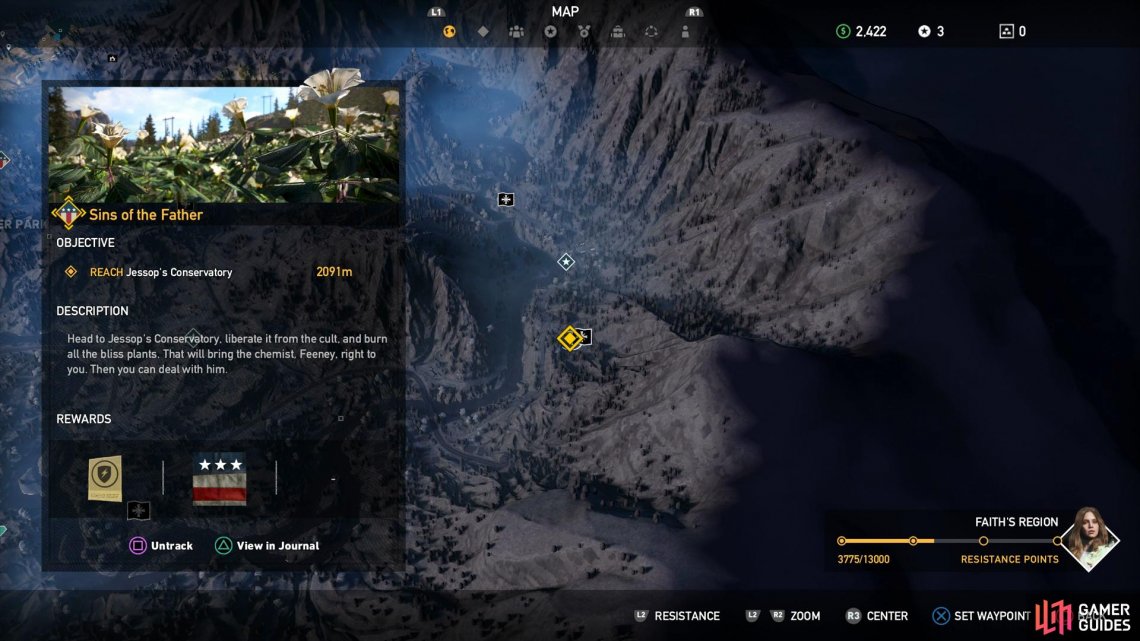 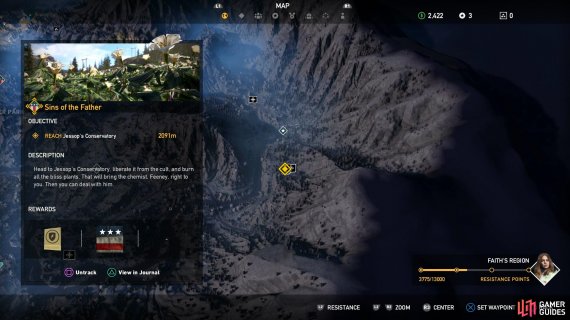 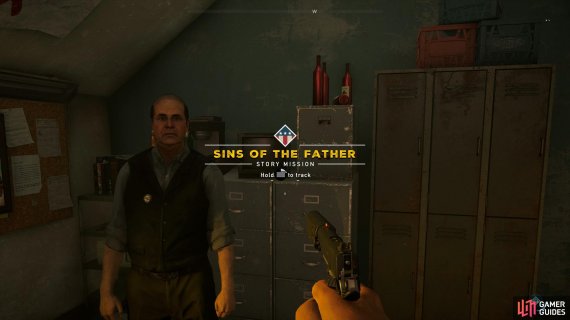 Once you complete Clean Water Act, return to Mayor Minkler to receive another, more personal mission. He tasks you with burning down the flowers at Jessop’s Conservatory to draw out a cult member. Once you’re ready, gather supplies and head over to the east of the Henbane River (via helicopter if possible).

You will arrive to one of two situations depending on your past transgressions. The Conservatory is also a Cult Outpost so if you’ve already liberated it, follow the directions below, otherwise head to this page to find out more. With the outpost liberated, you can begin the next part of this mission.

Tip: You’ll want a helicopter close by for the second part of the mission to make it easier. Additionally, having Nick Rye assigned is also helpful.

In order to burn the Bliss fields you’ll need to do two things, the first being a weapon that can burn such as a flamethrower (located upstairs in the house) or Molotovs. The next thing is that you need to shut off the valve supplying water to the fields or else your fire will be put out quickly. You’ll find a valve in a small shed near each two of the three Bliss fields (one doesn’t have a water sprinkler), shut them off and burn the fields.

Once you burn the first field, you’ll be attacked by cultists trying to stop you but if you’re quick, you won’t need to deal with them. Upon the last field being burnt, Feeney himself will arrive by helicopter. 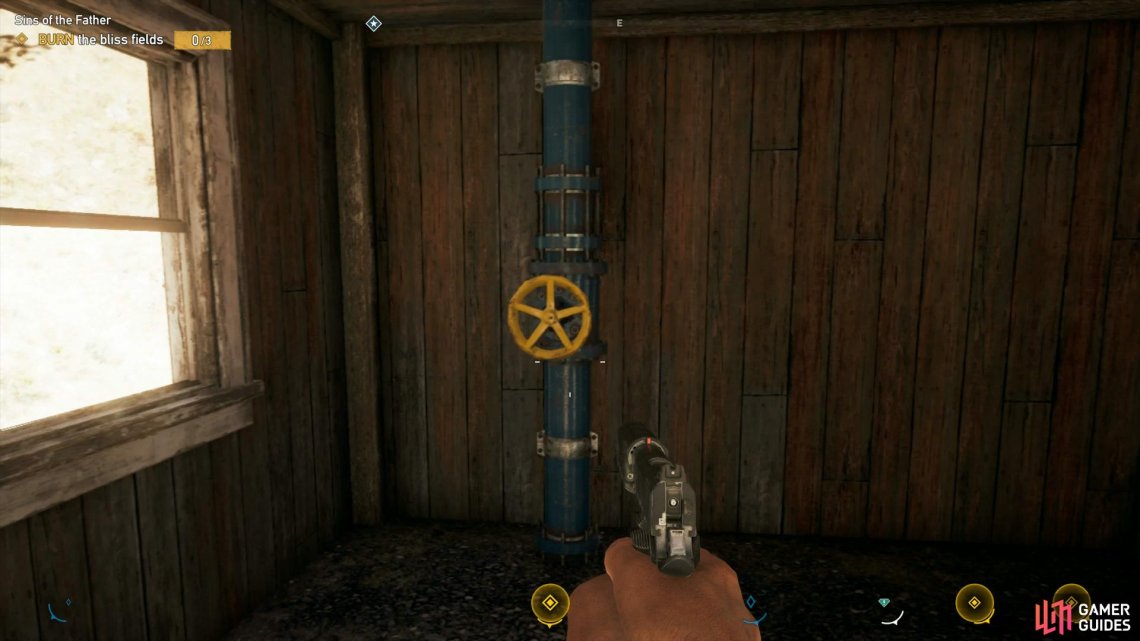 (1 of 2) Turn the valves off at the small sheds 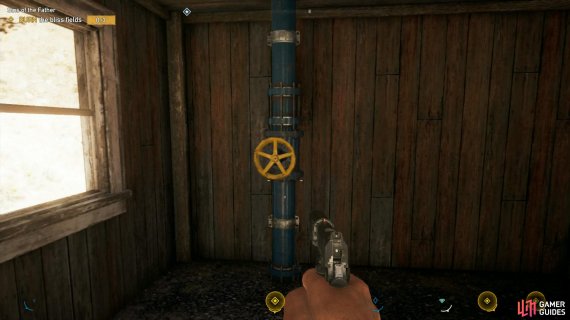 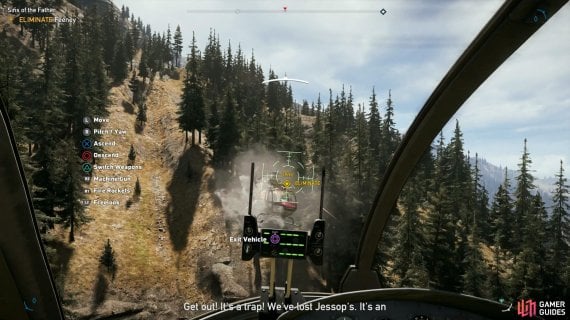 Turn the valves off at the small sheds (left), shoot Feeney out of the sky with a helicopter. (right)

If you took the advice from earlier and have a helicopter (or Nick Rye) with you, simply fly up and take out Feeney’s helicopter as soon as he appears. If you don’t, take aim with a rocket launcher and blow him out of the sky to complete the mission.