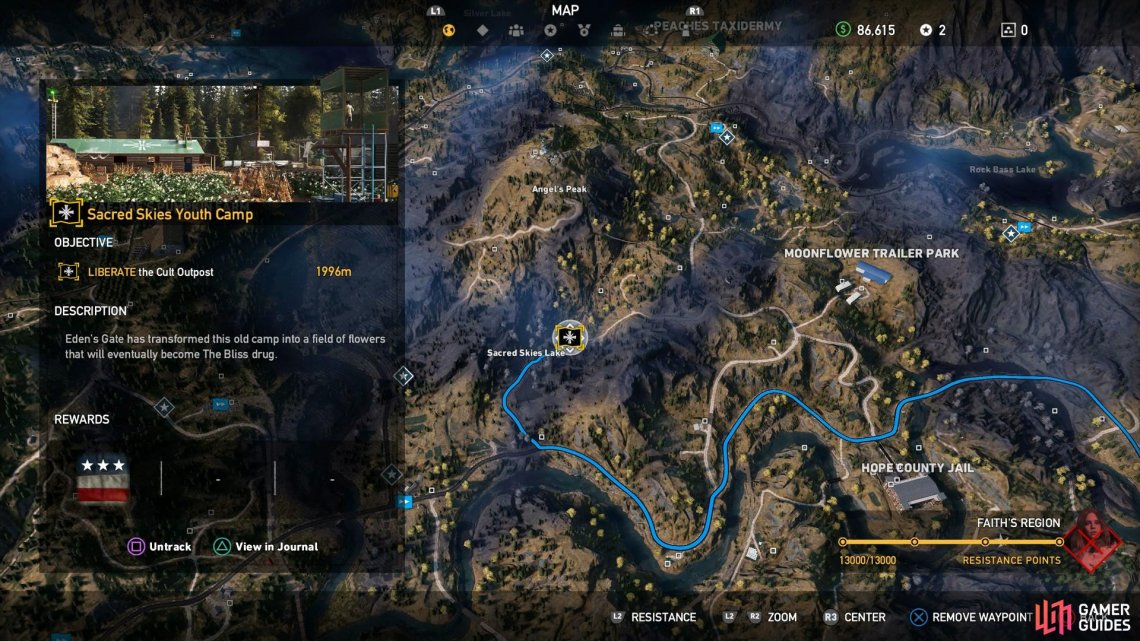 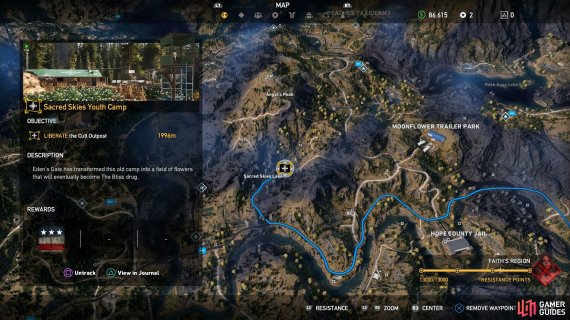 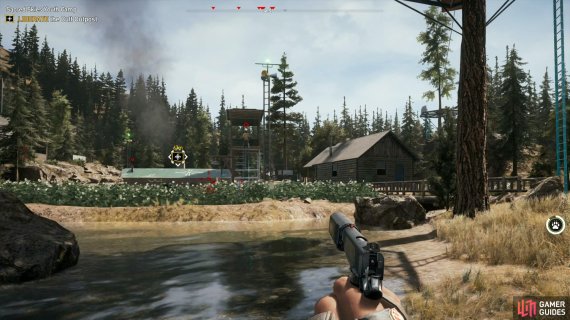 Make your way south from Angels Peak (or northwest from Hope County Jail) to locate the Sacred Skies Youth Camp. Begin your approach from the north where you’ll be able to use the Bionculars to scan most of the Cultists in the vicinity. Start by heading to the tower where the Marksman is and taking him out, leaving him hidden up there. 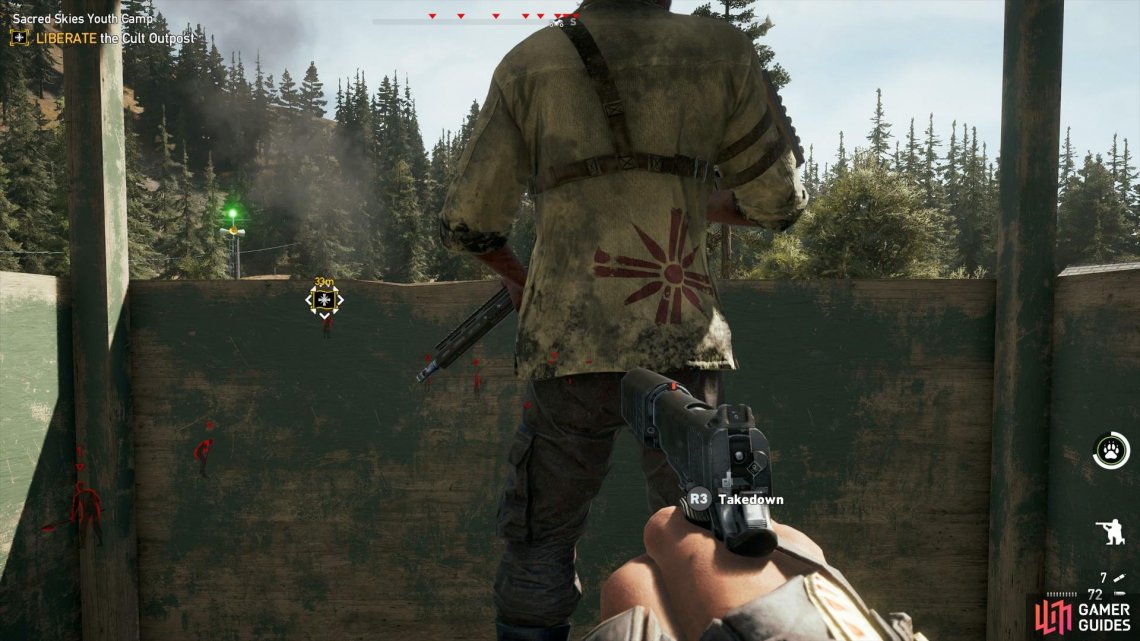 (1 of 2) Take out the Marksman in the tower first 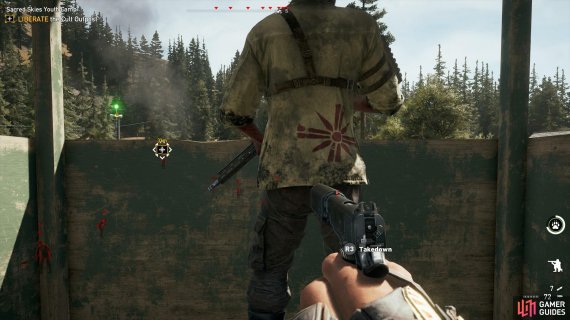 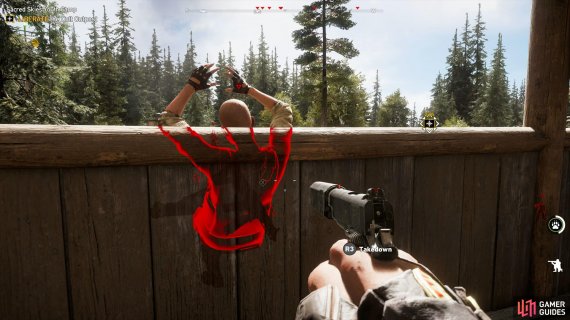 Take out the Marksman in the tower first (left), before heading through the left house to get the jump on this Cultist. (right)

Head out back now and climb onto the roof to take out the Cultist patrolling the roof before dropping down to dispatch another nearby. The Cultist to your left should be alone, head over to him and quietly dispatch him before finishing off the two Angels in the Bliss fields to clear the Outpost. 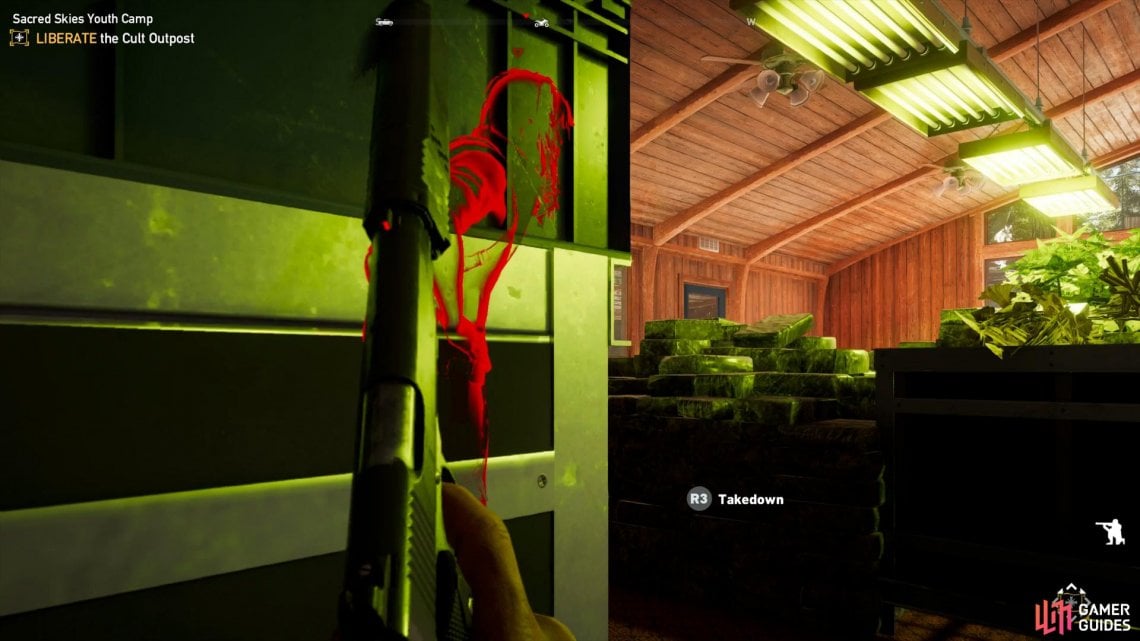 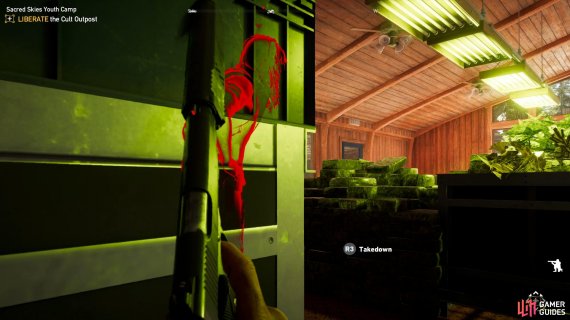 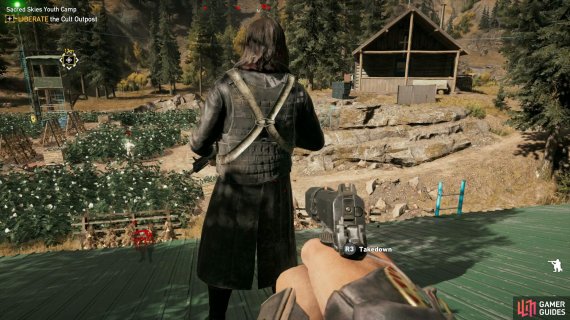 Head into the large building to dispatch this Cultist (left), access the roof from the back of this building to reach the Cultist on top. (right)