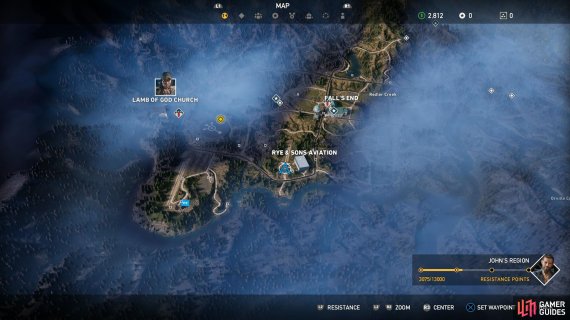 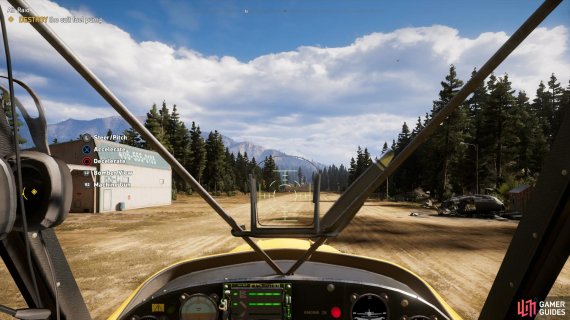 Head to Rye &amp; Sons Aviation (left), board the plane to begin the mission. (right)

Return to Rye & Sons Aviation after finishing the Wingman story mission and interact with Nick’s plane to begin the mission. Kim Rye tasks you with stopping the cult’s planned attack on the resistance so head down the runway into the sky.

Your first target is a fuel pump located to the northwest from your direction. Maintain a good height but slow your speed a little and let loose with the machine gun in the vicinity, one passing run should be enough.

Your next task is two convoys along the roads northeast and southeast of your current location. Each convoy will consist of three vehicles, two of which have mounted guns on them and will fire back at you. It doesn’t matter which order you take these out, repeat the process from the fuel pump and take all three vehicles out from both convoys. If you find yourself underfire from helicopters, turn around and take them out.

Next on your list, two helicopters that have just been dispatched. Head to their location and try to maintain a height advantage on them before using the machine gun to take them out (you won’t have to deal with them both at the same time).

The cult now send one of their Chosen, elite pilots, after you in a bid to take you down. This is by far your most difficult task as the Chosen is no slouch. You’ll want to make sure you try and get behind it before letting unleashing the machine gun. Don’t waste your bullets unless you’re sure you can get some clean hits, the last thing you want is for it to overheat. Defeat the Chosen and the mission concludes. 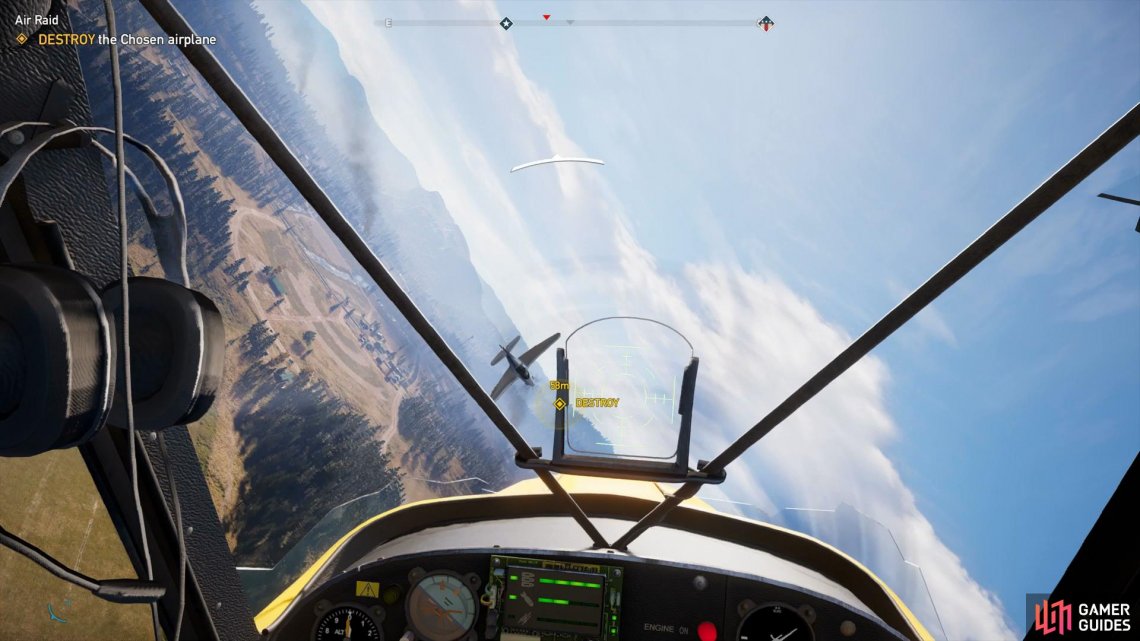 Try to get behind the Chosen.