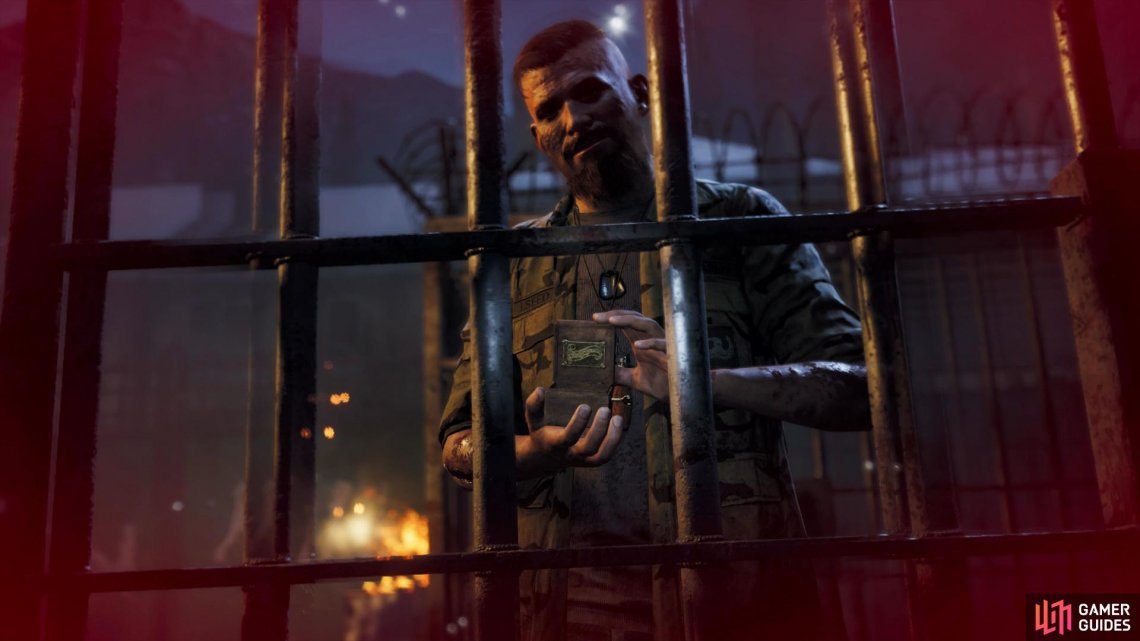 Kill the final target before time runs out [00:15]

Once again the lure of the music brings you back to Jacob and he puts you into a lucid dream once more.

You only have 15 seconds on the clock this time so you’ll need to be quick and precise with your actions, you should have most of this memorized by now however. Take a look at the page for Sacrifice The Weak for more information on the placement the last time you was here along with some subtle differences.

The second room will have an additional sniper at the top. There is no wolf running past in the corridor section, theres another enemy on top at the far end of the courtyard section. A wolf and deer will appear in the burning room otherwise no change. The next two areas play out exactly the same with one huge difference that you have no control over, reluctantly pull the trigger to end the lucid dream.

It’s time to make amends for your terrible actions, Jacob awaits you in a warped reality while you’re still under the effects of the indoctrination. There are six wolf beacons to destroy in the area while also having to deal with the enemies. To destroy the beacons themselves, you’ll just need to shoot at the radio on the front however be sure to have some distance between you as they’ll explode upon destruction. 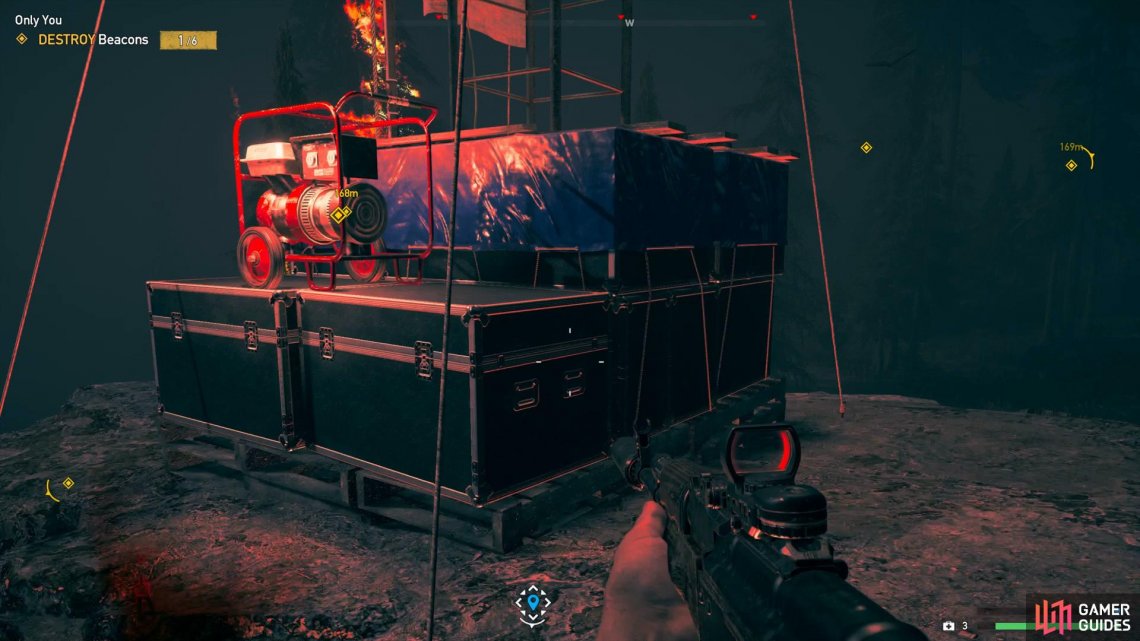 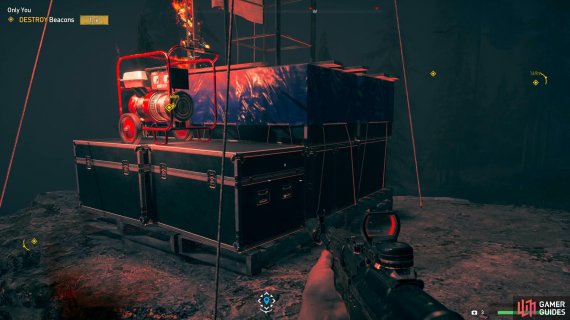 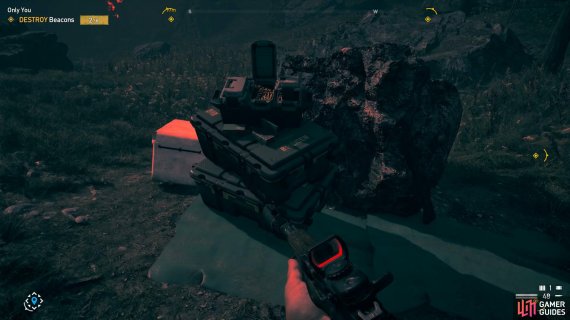 Shoot the radios on the front of the beacons to explode them (left), ammo and Med Kit’s are all over the field here. (right)

You’ll find ammo crates littered all over the area should you need them along with shotguns. Keep an eye out for the laser of snipers as they can take you out quickly. Stay on the move, destroy the beacons and upon the destruction of the last one, you’ll wake from your lucid dream.

Be prepared for cultists to charge at you from the offset while Jacob takes aim with his sniper. Take out the cultists and charge towards the location of Wolf’s Den. As you ascend the hill towards Jacob’s location, more cultists and Judges will attack, defeat them while using the cover. Once you reach the rocks and start scaling, grab the ammo and at the top you’ll finally reach Jacob, put some bullets into him to prove to him that it was only you, that could put him down. 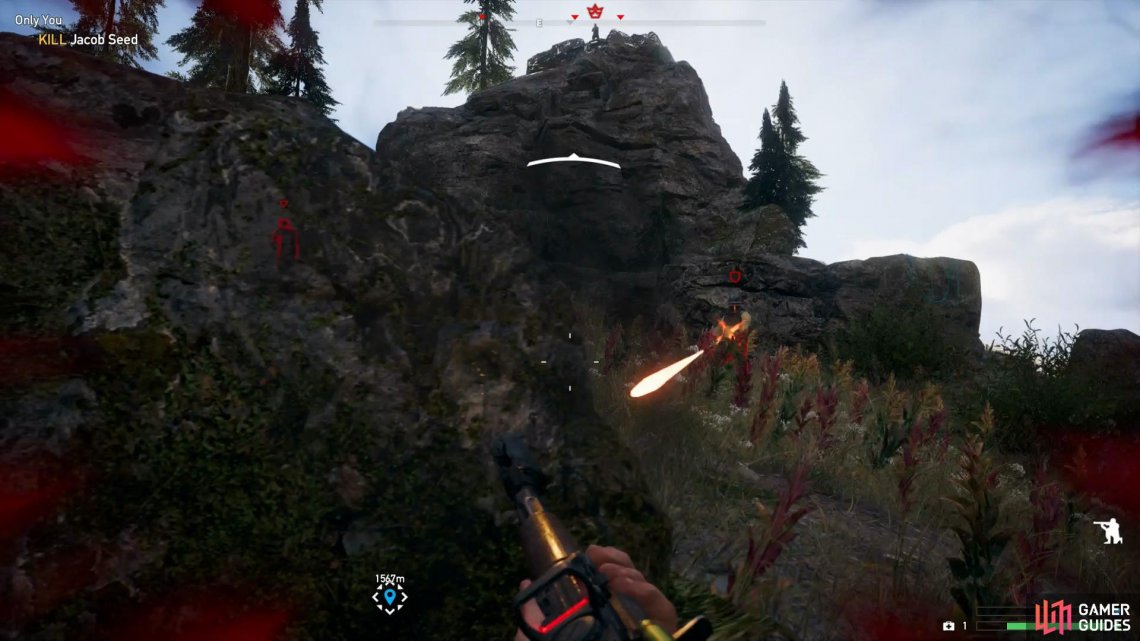 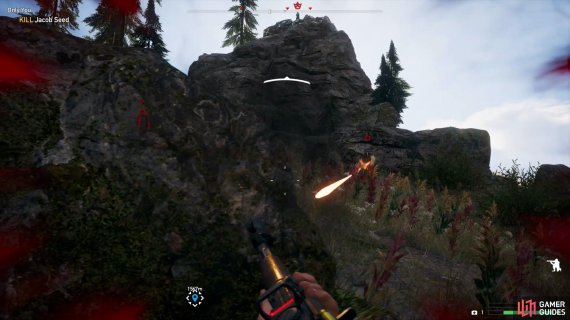 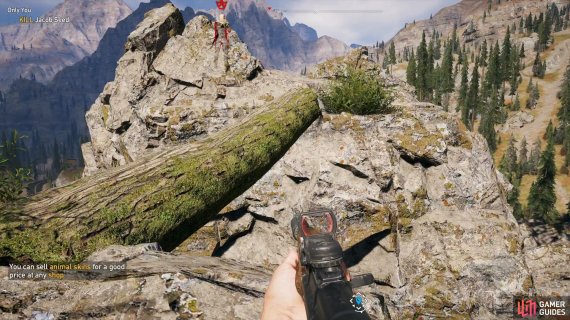 Make good use of the cover as you head up the hill (left), use the grapple points to catch Jacob unaware. (right)