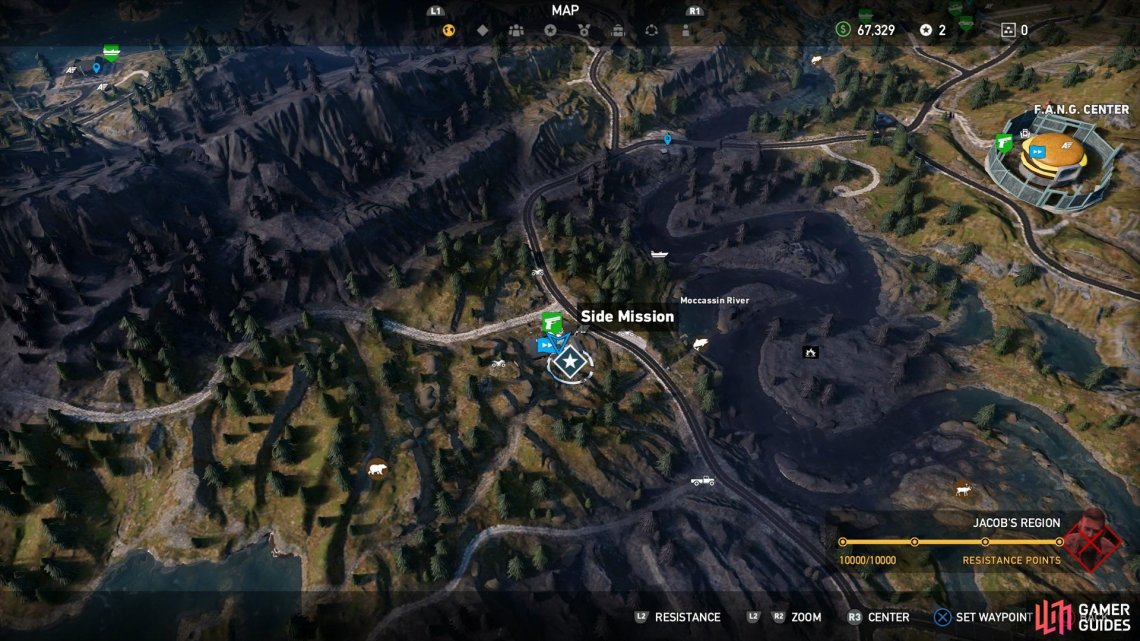 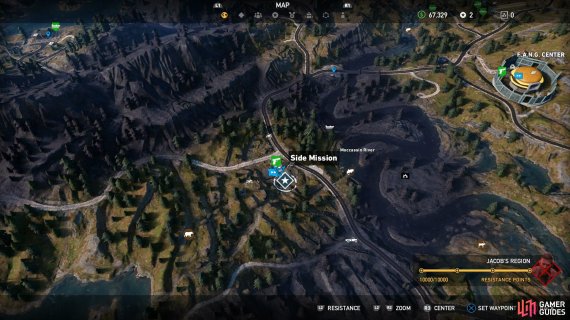 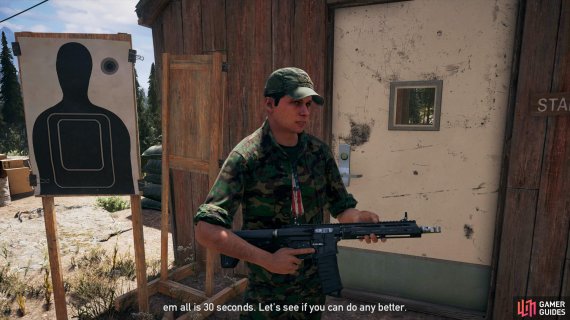 Return to the Whitetail Park Ranger Station once the Outpost is clear (left), the resistance member wants you to challenge the Shooting Gallery. (right)

Shoot a Target to Start

Once you clear the Whitetail Park Ranger Station, return to find a Resistance member with another task for you. He wants to challenge you into beating the nearby shooting gallery. Before you begin, use the shop and make sure you have a Sniper Rifle and an automatic weapon of your choice.

This is a simple round and is used to ease you into the mission. The time won’t start counting down until you hit the first target so take aim at the target to the far right and begin shooting your way across to the left. All the targets are on a linear path and shouldn’t be difficult to hit.

Stick with the Sniper Rifle for this round, the targets are mostly in the same location with the one in front of you being a new target. The large difference this time is that all the targets will move up and down so you’ll need to be more accurate with your shots. The most difficult target is the target on the far right, this moves at a quicker speed than the others so be sure to hold your breath for this target.

The final round becomes a lot trickier, you’ll have to shoot down five ducks that are flying in the air. For this reason, switch to an LMG so that you can continuously fire at the targets in a sweeping motion. This is not easy and may take you several times unless you’re an expert marksman. 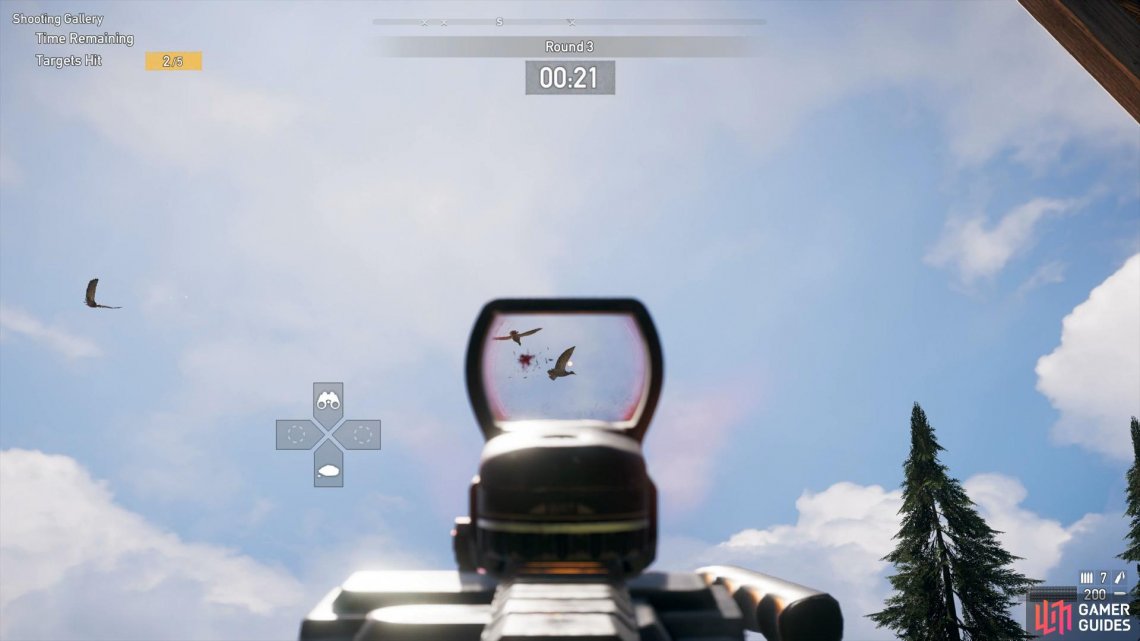 Use an LMG in the final round to spray bullets at the flying targets.