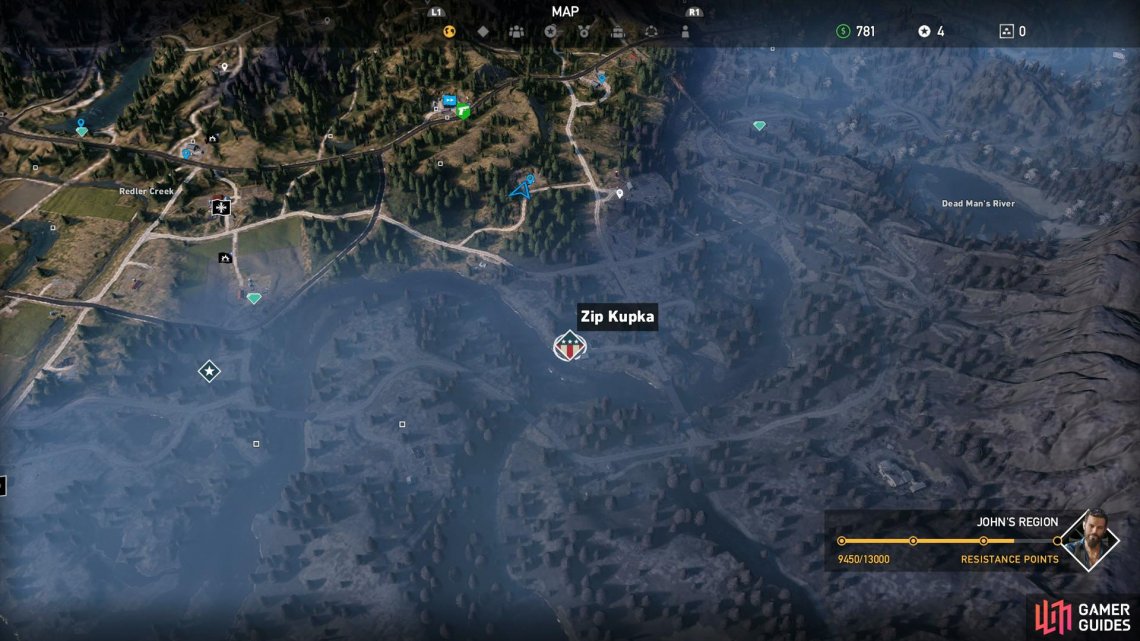 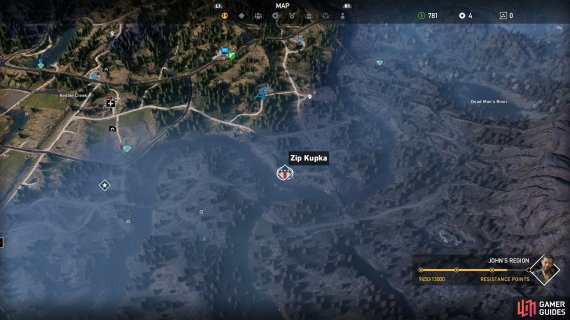 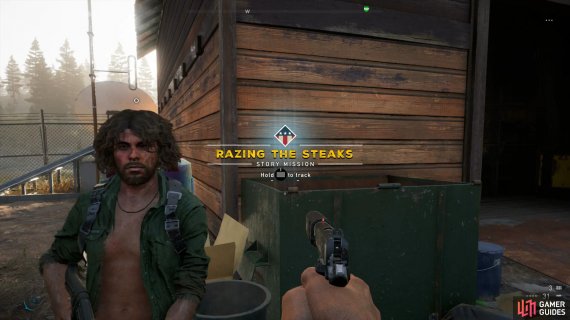 Zip’s ranch is located to the east of Fall’s End (left), the mission begins upon speaking with him. (right)

You’ll meet the zany Zip Kupka at his ranch to the east of Fall’s End and discover his interesting theory after talking to him. Get in the truck with Zip and ride with him to the Flatiron Stockyards.

Kill all the drugged animals [7]

Once you get to the overlook of the stockyards, take the time to scout and tag all the enemies (especially the Marksman on the roof). Before you set off on killing the drugged animals, take the time to pick off the cultists first.

Having Zip with you means that stealth is almost entirely out of the question as he’ll go in and start burning everything, your main focus should be the Marksman cultist on the roof, he’s the one enemy Zip can’t get to. Once they’re all dead, take out any animals that are remaining by any means necessary.

Note: Don’t forget to loot all the dead animals here, you’ll be able to get some valuable skins off the ones that aren’t burnt.

Cover Zip while he plants an explosive

Zip now decides to plant an explosive, start foraging around for supplies while Zip is busy and prepare for an onslaught of cultists shortly after you rejoin him. 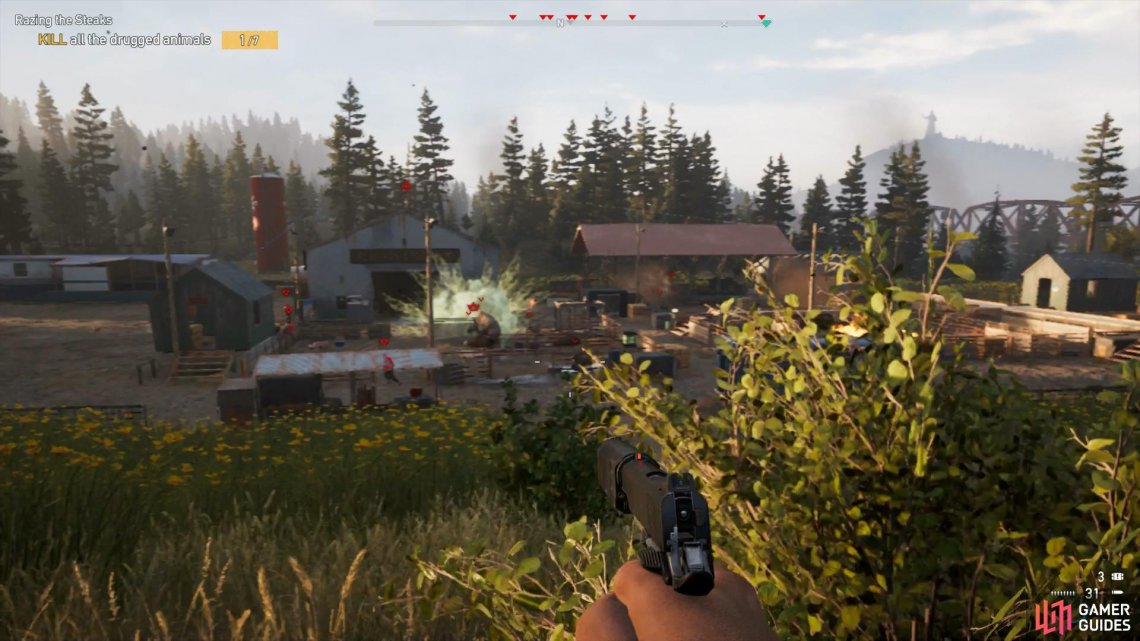 (1 of 2) Scout from the overlook here 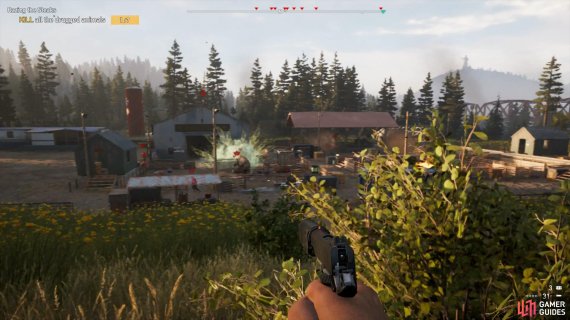 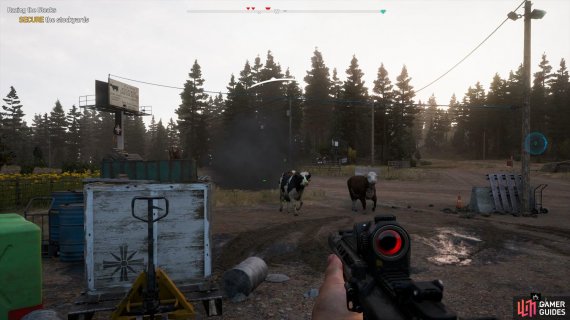 Scout from the overlook here (left), ignore the cattle and prepare for the cultists. (right)

The cultists will appear to the west of the stockyards, the direction of the billboard here. Before the first wave, you’ll have to deal with the distraction of cattle, ignore them and take cover before you begin picking them off with the help of Zip. When the pickup truck approaches, toss an explosive (or use an RPG if you have one) in there to dispatch a few of them with ease. The mission concludes upon the defeat of the last cultist.