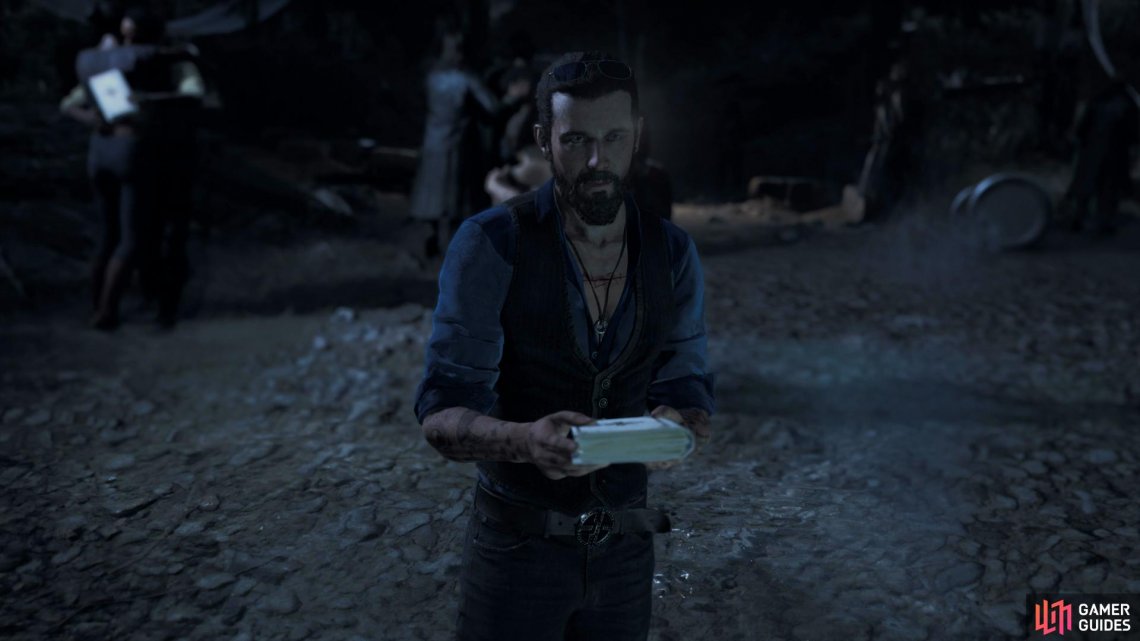 Afer you pass Resistance Level 2, John Seed will radio in and inform you that you will be cleansed and that he’s coming from you. At this point, you’ll hear of Capture parties on their way to pick you up and then be knocked unconscious from a Bliss bullet (this is unavoidable, even in the air).

Note: You can’t avoid one of the herald’s attacks once you’ve been marked, it’s the way the game handles placing you into critical path missions for that region. Try to avoid being in the middle of any other tasks when you’re marked.

You’ll be saved from certain death from an unlikely source before being transported back to John’s compound, unfortunately for John, you’ve got a rescue party on its way.

After your rescue, you’ll need to escape the cult with your first task to secure the nearby checkpoint just ahead. There’s no need to try and be stealthy during the mission, the cult is on to you either way so take control of an assault rifle or like-minded weapon and head towards the checkpoint.

There is plenty of places here for cover, try to not be out in the open for too long. Your main priorities here are the Marksman cultist on the roof, take him out with a sniper rifle or the bow if you have either on you. If the Pastor is knocked down here, be sure to revive him, the extra firepower is a welcome addition. Towards the end of this assault, a pickup truck will come with one more group of cultists, time a grenade to pick them off with ease.

Don’t talk to Pastor Jerome right away, take the time to loot the bodies and replace any weapons you may need (there’s a shotgun in the checkpoint office). 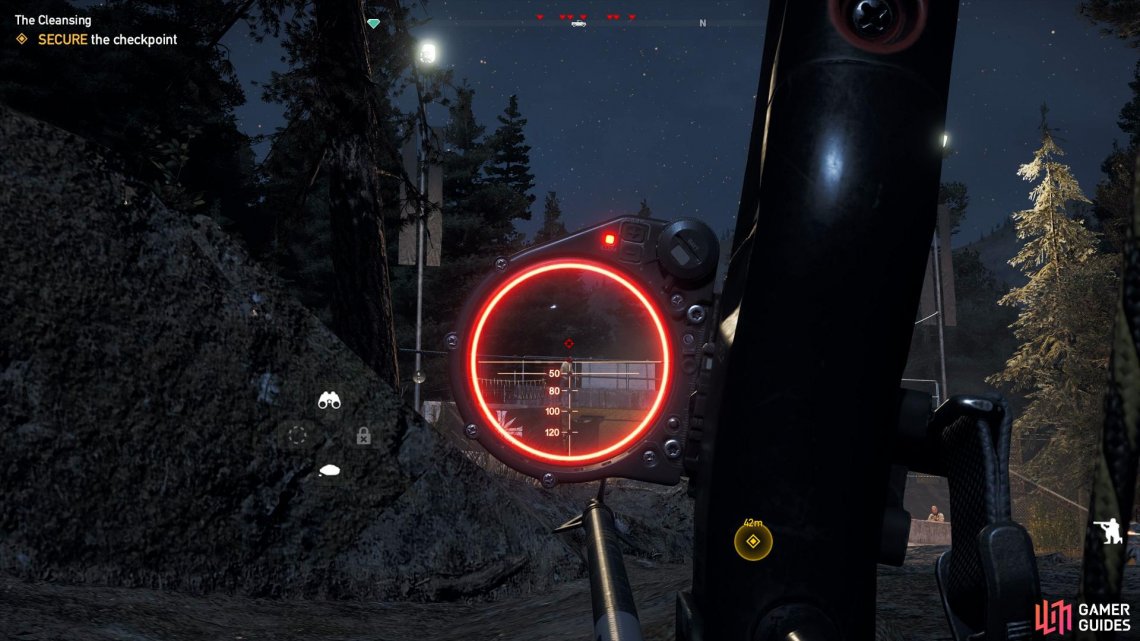 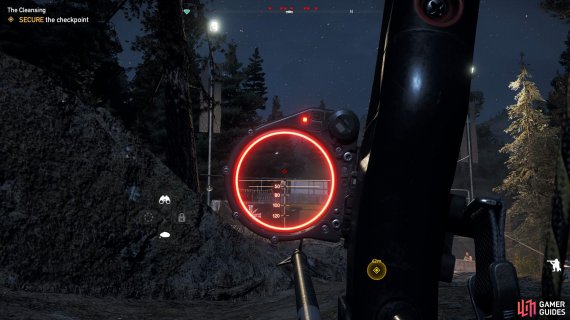 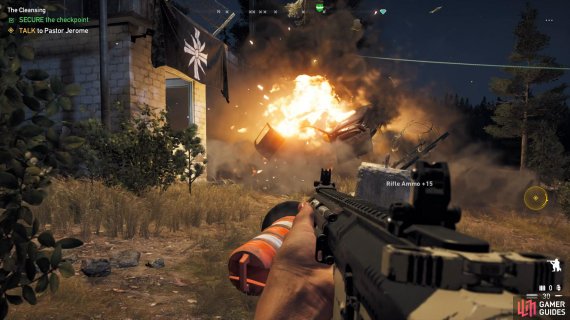 Use a long range weapon to dispatch the Marksman (left), a grenade makes quick work of the pickup. (right)

You’ll need to find the captured Merle at this point, located further past the checkpoint. The first van you come across will already be cleared of cultists but just beyond there is another one, dispatch him and free the hostage here for a small RP boost.

Continue on and you’ll begin to hear explosions, this is mortar fire and its aimed right your way. If you look to your left before crossing the bridge, you’ll see green flares along the path, this indicates that standing there is safe from mortar fire.

Continue along the flare path here, taking time to head into the pipe for a Med Kit and you’ll come to a ravine, Merle is across that bridge. You’ll want to avoid running across the main bridge with that mortar still in action, instead use the nearby zipline down. Take the dirt path up to your right and around to where Merle is, dispatch all the enemies including that mortar gunner and untie him. 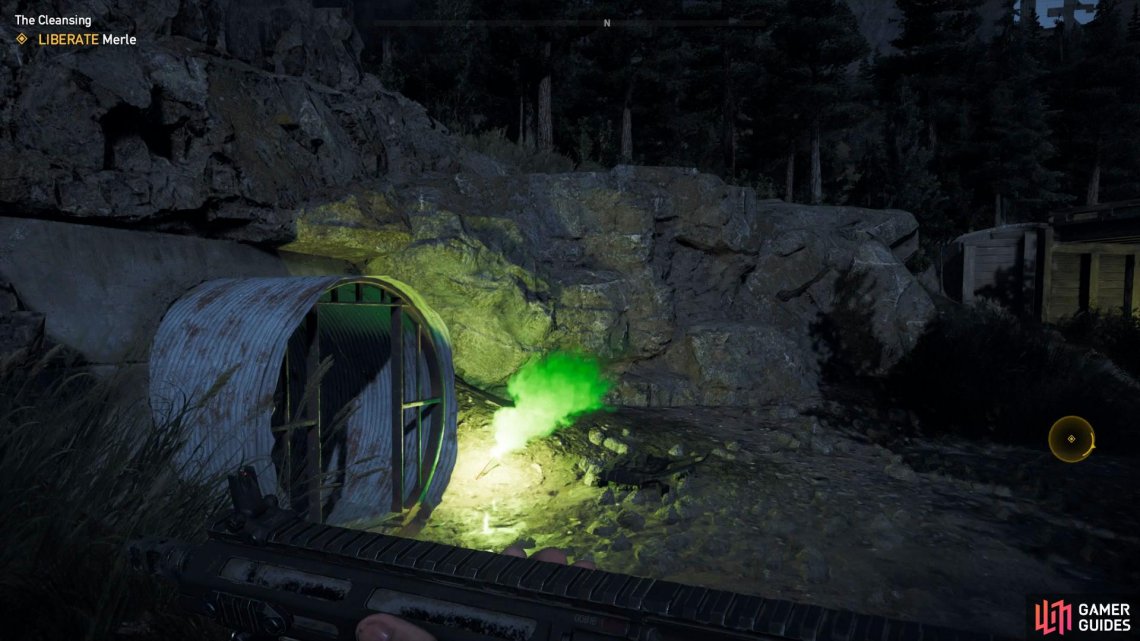 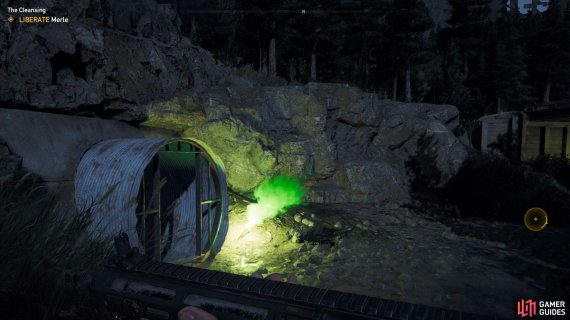 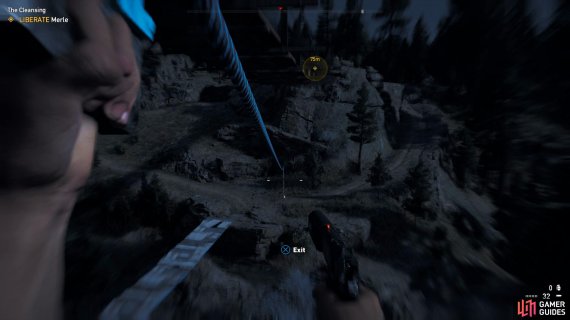 Head into the pipe for cover and a Med Kit (left), the zipline is the best way to reach the other side. (right)

A helicopter is inbound to extract both you and Merle however you’ll have to hold off the cultists for two minutes before it arrives. Head over to the mortar, pick up the two Med Kits and then take control with the [Square/X] button. 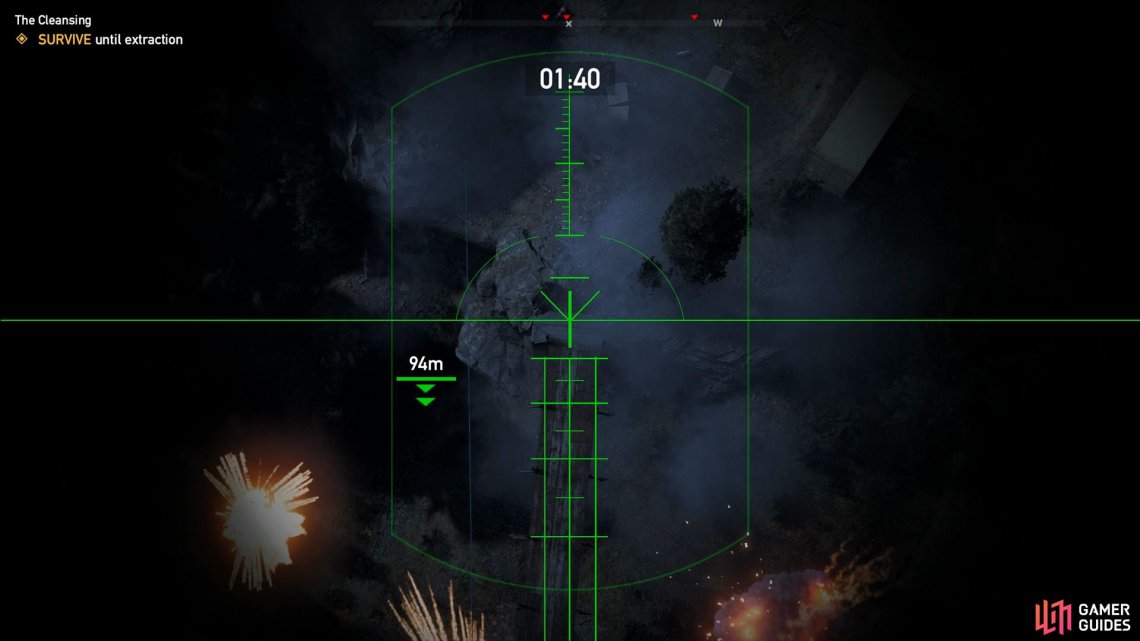 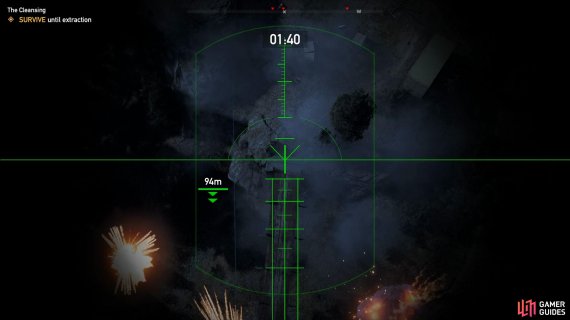 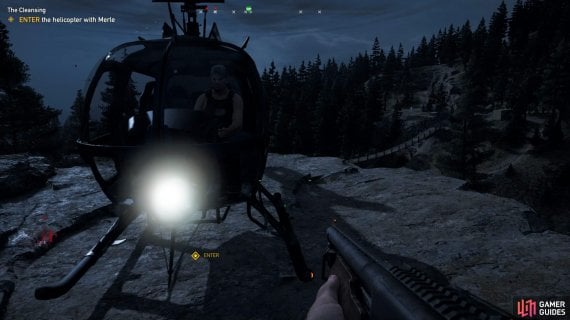 You can pre-fire here before the cultists approach (left), enter the helicopter from here to take cover against enemies. (right)

A shotgun will help immensely during this section as it’s easy to get overwhelmed by all of the cultists in the final stages of the extraction. Once the helicopter does arrive, make sure Merle is alive and board the helicopter at all costs. The mission concludes when you depart the helicopter after.