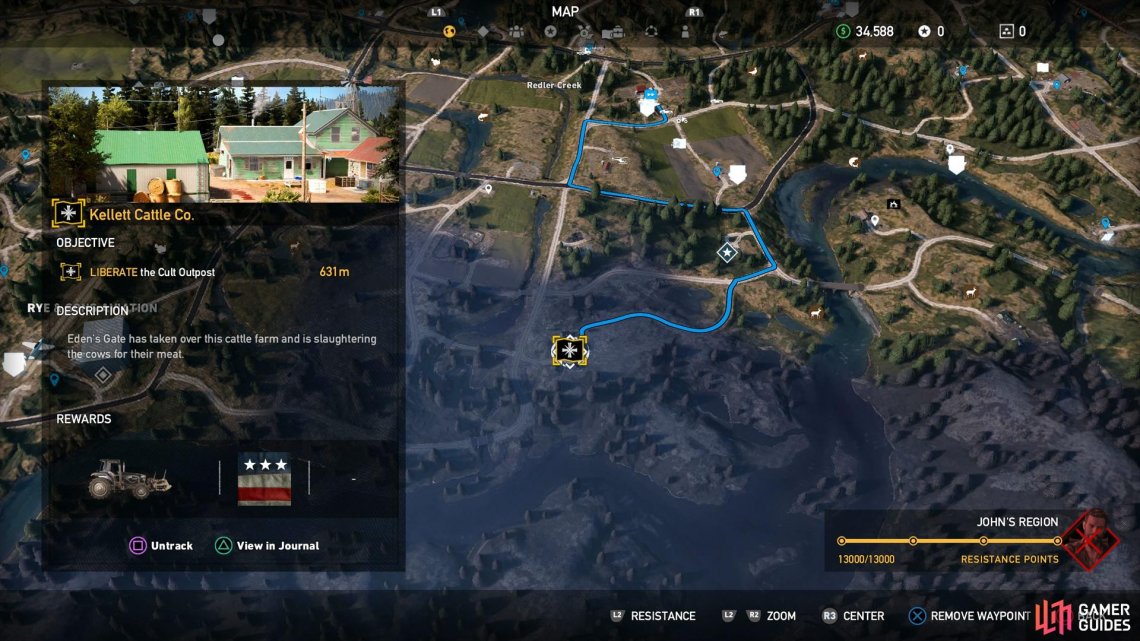 (1 of 2) The outpost is southeast of Fall’s End 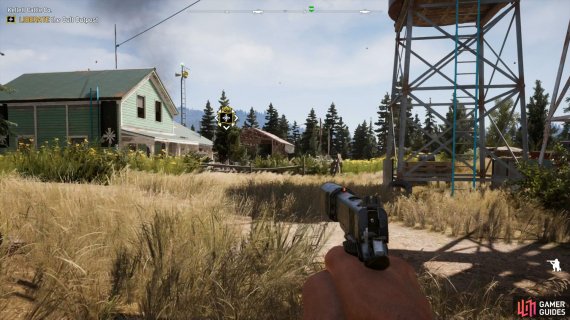 The outpost is southeast of Fall’s End (left), the outpost is in an open space, giving you lots of options on how to approach. (right)

You’ll find this outpost to the southeast of Fall’s End, a cattle farm overrun with cultists. Begin by heading to the northwest of the farm to a water tower that you can climb and survey the area.

Climb back down the ladder and wait for the nearby cultist on your left to pass by the side of the house, taking him out and leaving his body somewhere safe. Continue around the back of the house to the east (optionally disabling the alarm if the opportunity arises) and as you round the corner of the house next to the alarm you’ll be facing a VIP. 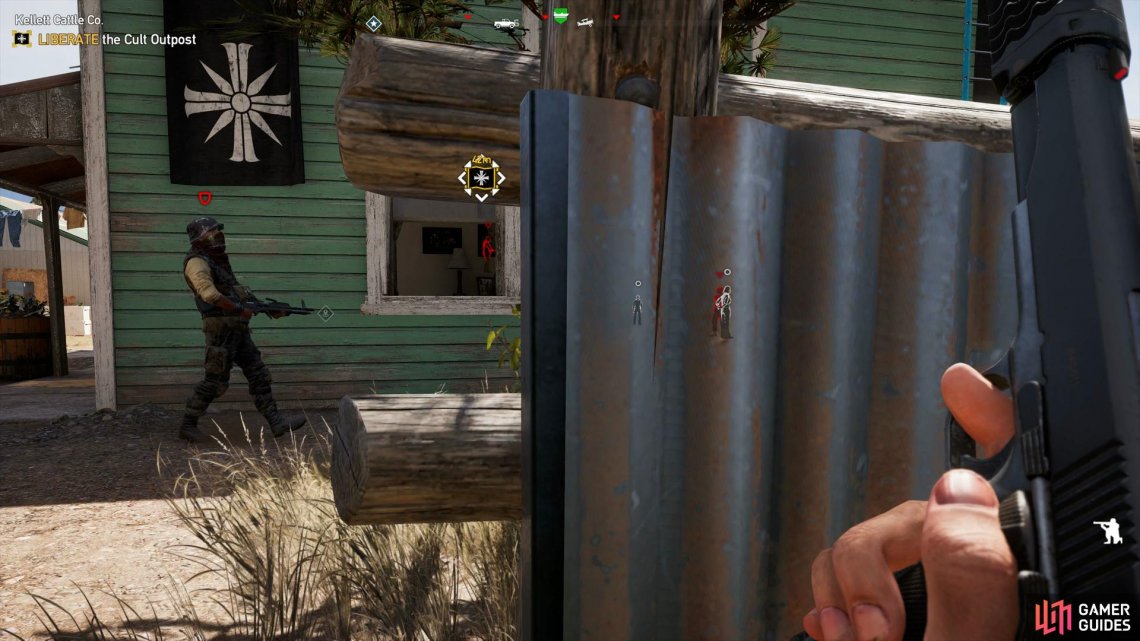 Your first target is the cultist patrolling the side of the house (left), be ready for an immediate takedown as you head around the corner. (right)

Be careful here, there’s a cultist facing the current house you’re at so you’ll have to be quick about performing the takedown as you go around the corner (the VIP won’t see) before taking the VIP out himself. Head through the barn and out the other side to reach the pickup truck and a cultist waiting to be eliminated.

Now approach the caravan with the cultist standing on top and performing a takedown from below, leaving you with one final cultist near the hostage and liberating the outpost. A ledge takedown will make quick work of the cultist on the caravan.