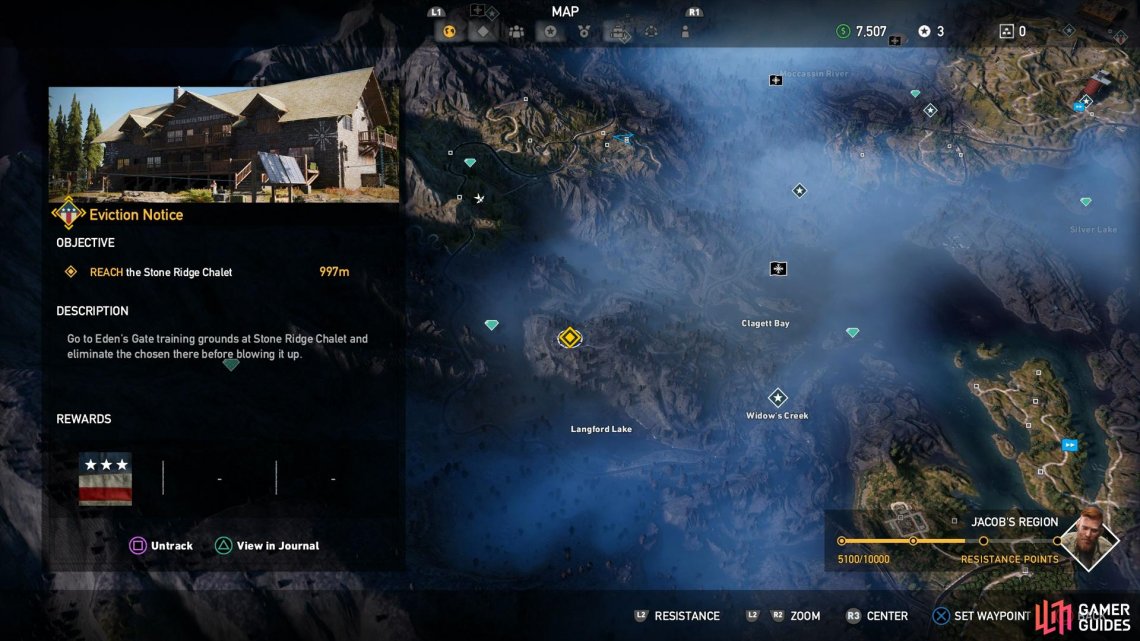 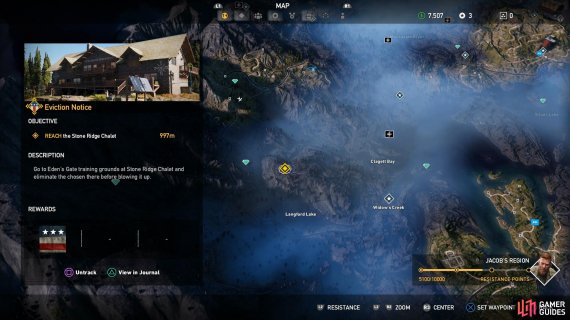 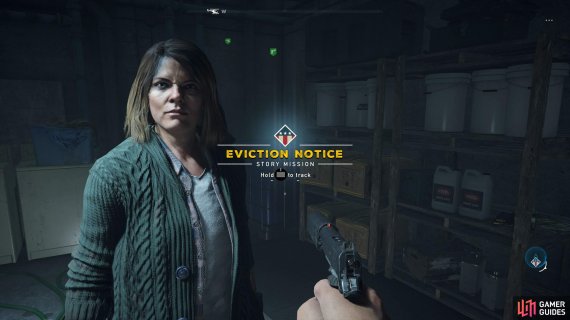 Find the Chalet to the south of the Wolf’s Den (left), you’ll need to have finished Radio Silence first. (right)

Speak with Tammy back at the Wolf’s Den after you complete Radio Silence to be given another task, one that will take a lot more planning than the previous. Tammy wants you to head over to the Stone Ridge Chalet and take out the Chosen along with the base itself, as you may expect, there’s going to be a lot of enemies here so be prepared for stealth.

On your journey up to the Chalet, you’ll go through two small checkpoint with cultists members, take them out now to avoid having them hit you from behind during the mission.

The tough part begins now, you’ll want to clear this entire base of all the personnel in it, around 15 or more cultists. It goes without saying but you’ll need to be constantly using the binoculars to tag enemies as you travel around here.

From the entrance leading in, you can grapple up to a platform to get a better view of the area. You’ll see a Marksman to your right in a tower, use a sniper rifle or Jess to take him out. You can also get a clear shot on one of the Chosen from this tower as he checks his bowstrings. You’ll need to go over and pick the body up and stash it in the grass back where you approached from to avoid him being discovered. 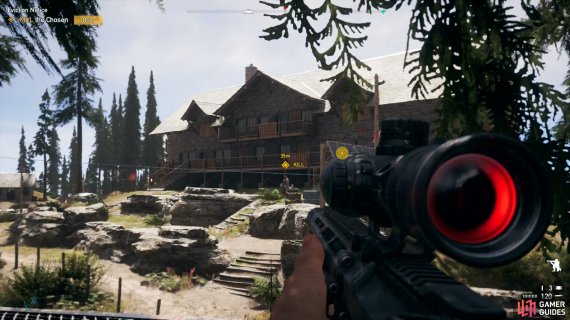 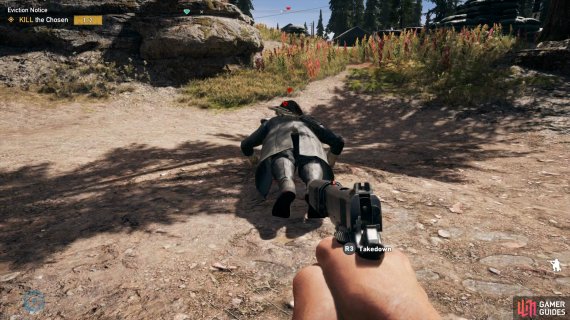 Take out the first Chosen with a sniper rifle (left), you can score a double takedown from behind here. (right)

Descend from the tower, creep around toward where the Marksman was and behind the tent to find two cultists doing pressups that you can get behind and take out. Continue to head around the back here to come upon the training yard where most of the cultists are performing drills.

There’s not much you can do about the enemy becoming suspicious as you take these out one by one however as long as they don’t see you, everything should be fine. Start by taking out another Marksman on the tower here and head up it yourself. This is a great location to snipe enemies from (or have Jess do it for you) however note that you will be discovered eventually up here. You should be able to whittle down all of the cultists here in the training yard leaving you with the ones that was inside the Chalet itself.

Plant I.E.D. on the Second Floor and Basement

Don’t start planting the explosives until you’re positive that there are no more threats in the area, if there is, take care of them first. Now, you’ll want to do the first I.E.D. on the second floor before heading down into the basement, scaling the partition and planting the second I.E.D. at the back. 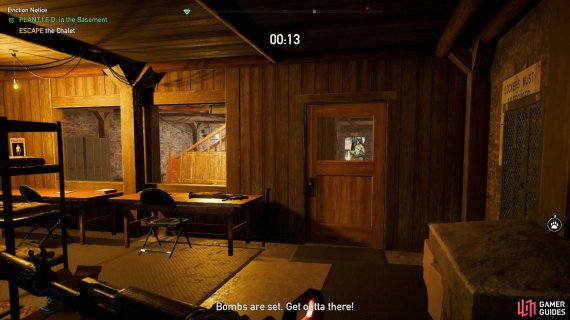 The tower here is an excellent spot to start picking off enemies (left), it’s a straight run to the exit from the basement I.E.D. location. (right)

You now have just 15 seconds to escape the building, this is why you wanted the basment I.E.D. planted last as it’s just a straight run for the exit, do so and watch the building go up in flames to conclude the mission.