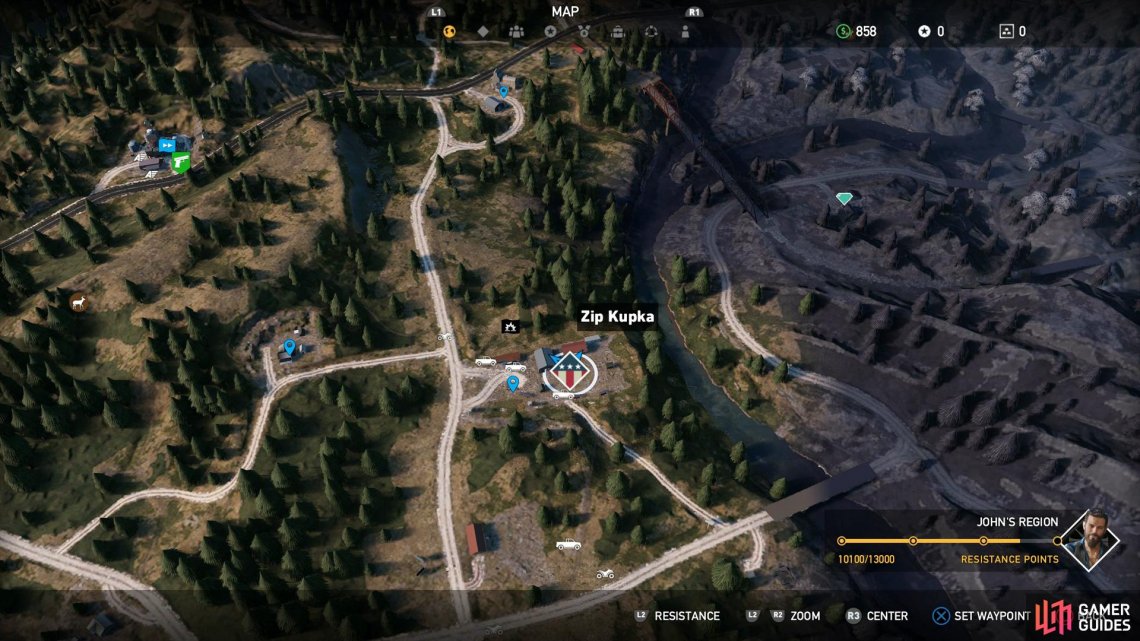 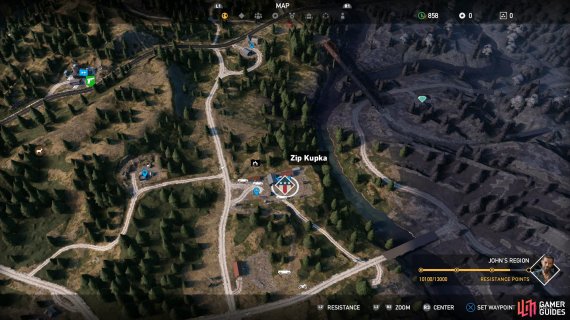 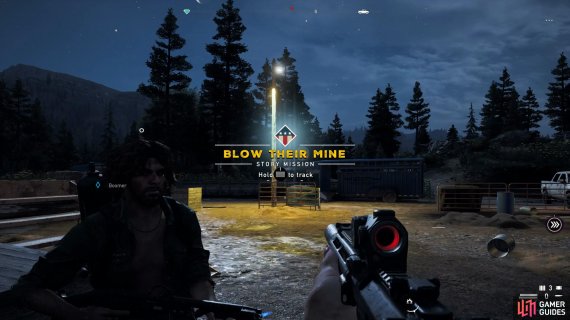 Return to Zip after finishing the first mission he gives you (left), you won’t have Zip’s assistance for this one. (right)

Speak to Zip again after completing Razing The Steaks to accept this mission, he’ll task you with taking out the Catamount mines in his place. Once you’re ready, begin the trek south to the mines.

Note: If you haven’t already done so, you may wish to purchase the “Leadership” Perk in the Leader tree which will allow you a second gun for hire. The final objective of this mission can be quite tough and having both Nick and Grace back you up can help immensely.

Rig the 4 gold crates with explosives [4]

Caution: Make sure you are completely ready before you prep the fourth and final explosive as you’ll begin the defence, something you don’t want to do unless fully ready.

To begin with, you’ll want to quietly take out all of the cultists here. Begin by using the binoculars to tag the cultists as you circle around the mine, the best place to enter is from the tracks where the Marksman is (you may come across one cultist on a patrol around the outskirts in the process).

Sneak onto the tracks to the left of the Marksman and take out the first cultist standing around on his own before going over and dispatching the Marksman himself. Follow the tracks into the building and then hang a right, there will be another cultist on patrol coming down the stairs so hide behind the crates and take him out. Quickly head back the way you came and dispatch the other cultist on patrol here.

Still in the same building, go across the floorboards and over to the other side where you’ll be able to dispatch another cultist. This will leave you the three remaining cultists outside, of which you can easily sneak behind and take out one at a time. 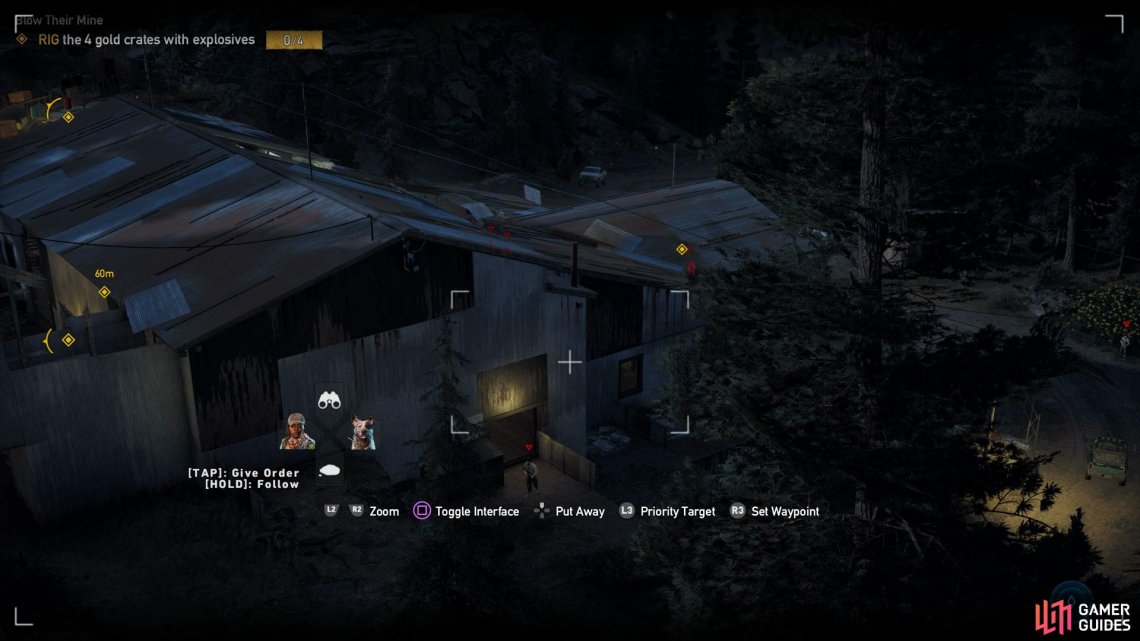 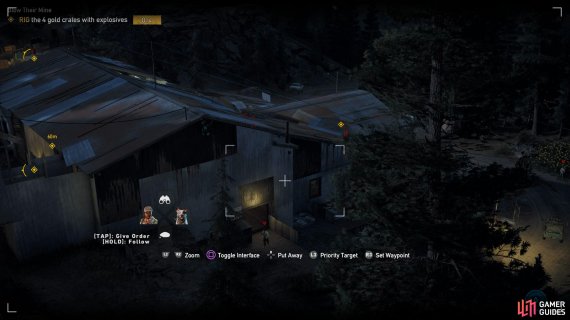 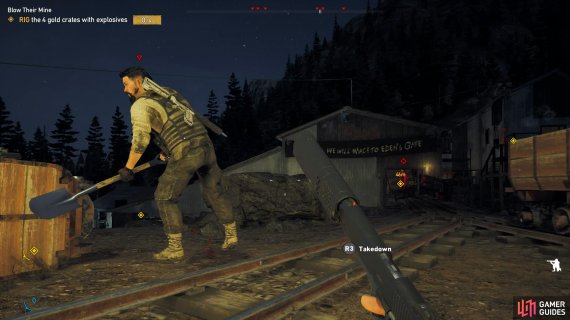 Scout from the safety of the hills (left), begin your infiltration from the tracks. (right)

Be sure to search around for all the supplies here and take a mental note of where each explosive will go, once all four is planted you’ll be defending these positions. Once you’re satisfied with the layout of the area make any final adjustments you may need (if you can assign two Guns for Hire then make sure you choose Grace and Nick) place the final explosive.

Prevent the cultists from defusing the bombs [04:00]

You’ll now need to defend the four explosives from the waves upon waves of cultists.

Tip: You only actually need to make sure a single bomb is still active at the end of the timer so don’t sacrifice the mission to save one bomb if it’s surrounded!

You’ll notice that there is canisters all over the mine along with rockets if you happen to have an RPG-7 (or pick up the one near one of the bomb locations inside the warehouse) so make full use of everything because the enemies will keep on coming. Try to stay higher up in the warehouse, only going to the bottom if you absolutely have to as you’ll need all the cover you can get. 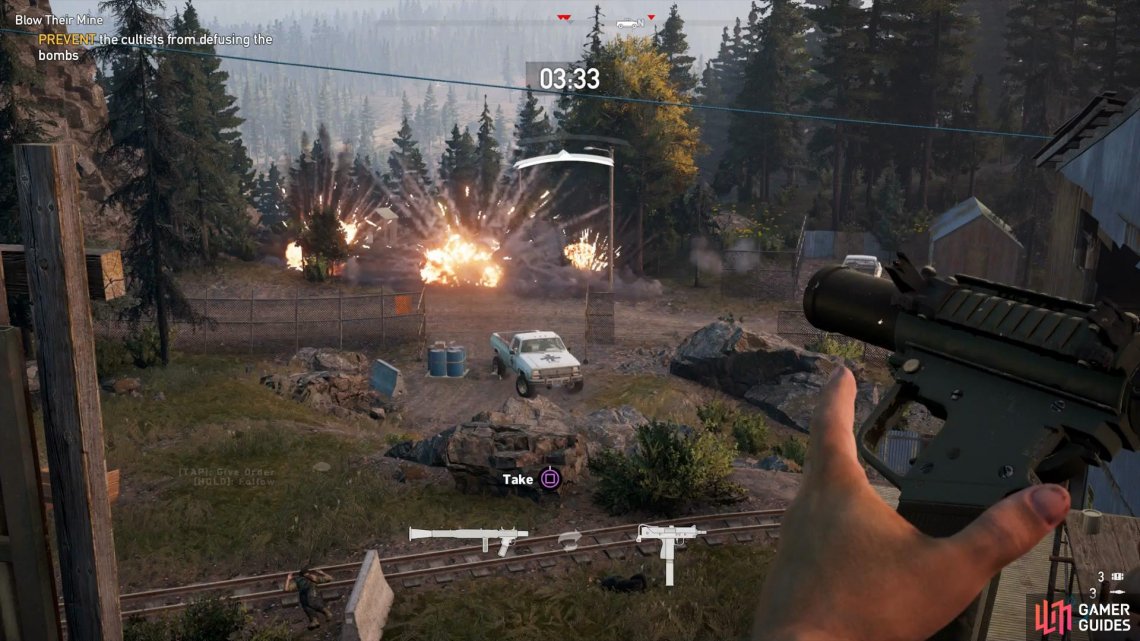 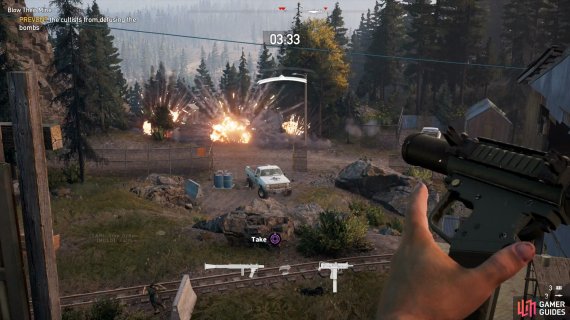 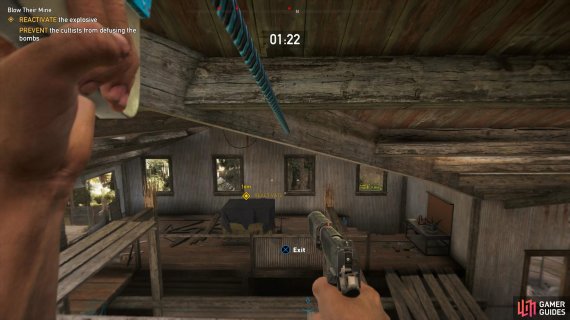 Use an RPG to take out vehicles as they arrive (left), remember that only one bomb needs to survive. (right)

If you see a cultist begin disarming then try to get over there and take them out but not at the cost of your life, you’ll have a little bit of time before they disarm as it’s not instant. In the later stages of the assault you’ll be dealing with helicopters as well, if you have an RPG available then make use of otherwise keep to the confines of the building and let Nick deal with them.

Once the timer is up, ignore everything you’re doing and dash out of the building at all costs, the bombs can’t be disarmed at this point. Once you reach the entrance to the mines (and no enemies are on the spot itself), the explosives will detonate brining an end to this hectic mission. 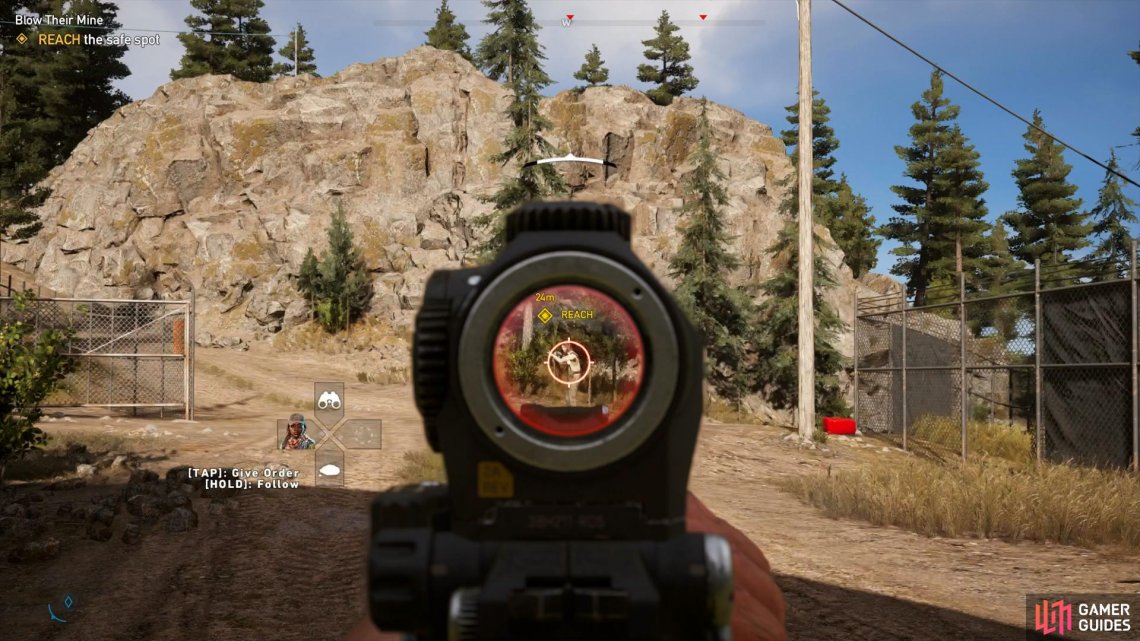 Take out any cultists at the safe spot.