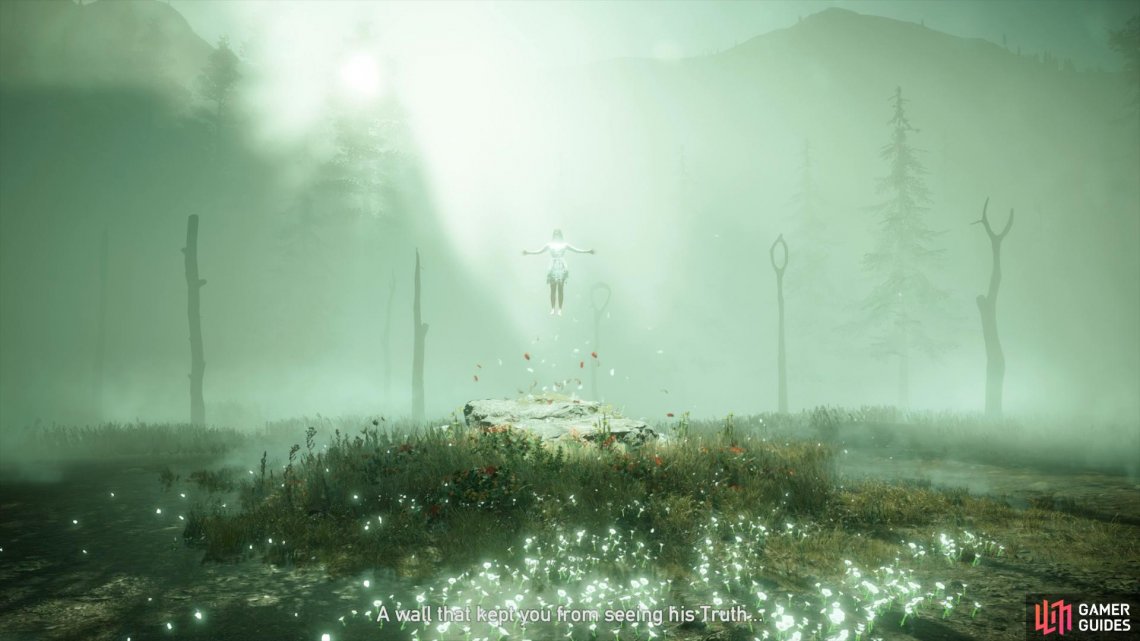 You’ll awaken in the Bliss with Faith beckoning you forward and as you can deduce from the objective, you’re about to take confront her. Head through the gates and continue you on until you find Faith.

Faith has a rather large health pool, so you’ll need to constantly fire away at her to whittle it down. She won’t stay stationary, after taking enough damage she’ll vanish and appear somewhere else in the arena. The most important part of this battle is to always be on the move.

Faith will regularly unleash balls of Bliss at you along with a constant barrage of illusionary Angels. The Angels only take a few bullets to put down, so make them a priority to avoid being overwhelmed while dodging the balls of Bliss (simply strafe around the arena).

After the first round of damage, she’ll vanish and give you a short period of time to collect ammo from the centre (or a gun if you need one) before appearing again and knocking you to the ground. You’ll now find there are multiple Faiths and you need to shoot the correct one here to deal damage. If you shoot the wrong one, it’ll simply disappear, the correct one will have red petals falling from her. You’ll also have to contend with a constant wave of Angels so try to be quick to avoid being overwhelmed.

Note: The game autosaves at the end of each round as a checkpoint so if you die here, you’ll restart just before the ammo appears in the centre of the current round. 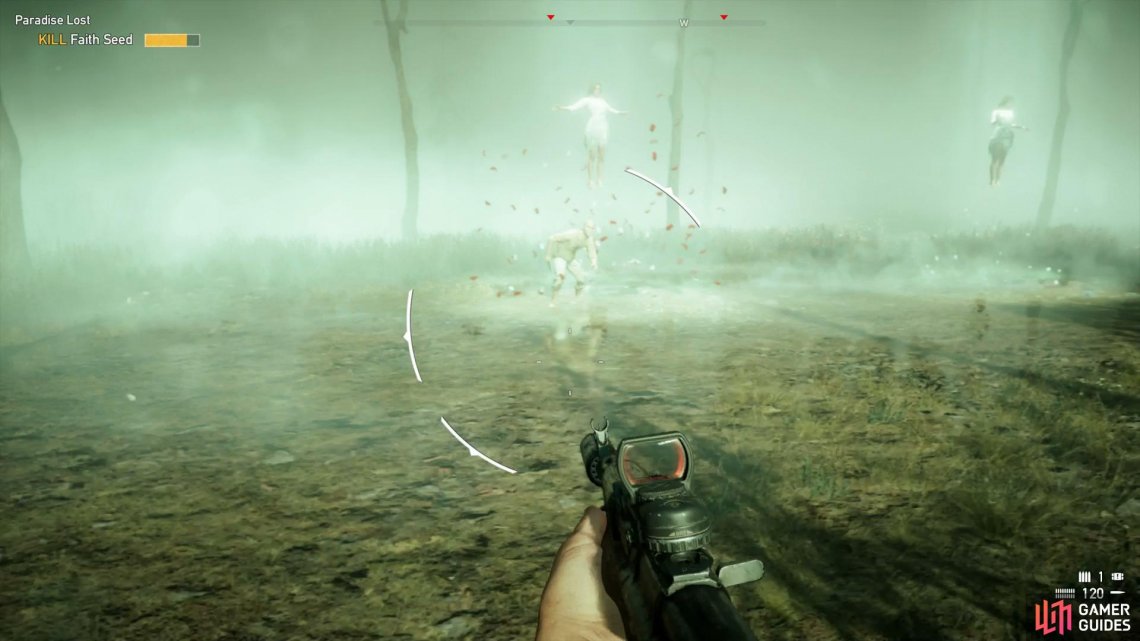 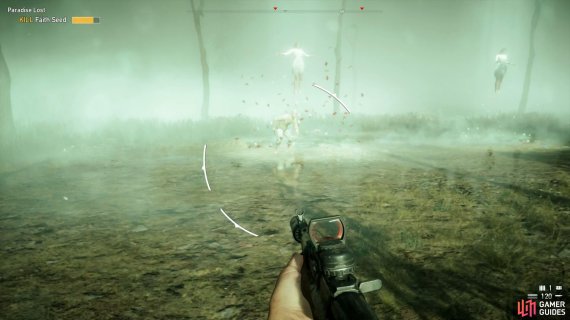 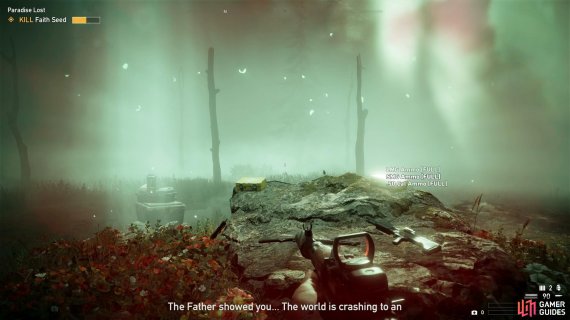 Look for the petals to find the correct Faith (left), You’ll find much needed supplies on the rocks. (right)

Once again you’ll get a chance for ammo and more importantly, Med Kits, on the rocks in the centre. More forms will appear this time but the process remains the same, seek out the real Faith and put bullets into her. As there are more here, you may find yourself getting knocked to the ground, this is happening because you’ve gotten too close to one of the Faith illusions.

Once again, Faith will vanish, giving you one more opportunity to prepare and collect ammo, the next time she appears will be the last. She’ll appear in the centre this time, on her own however she will constantly unleash countless balls of Bliss, stay on the move, circling the rock formation and keep firing at her to put her down for good. 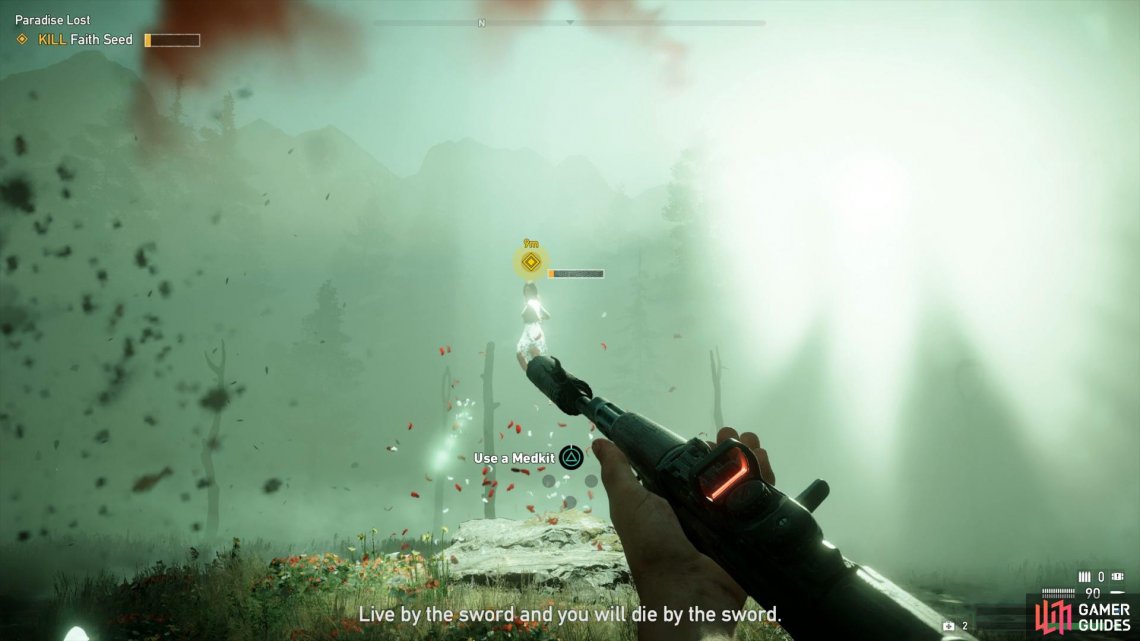 Keep moving to your right to take less damage from the Bliss balls.